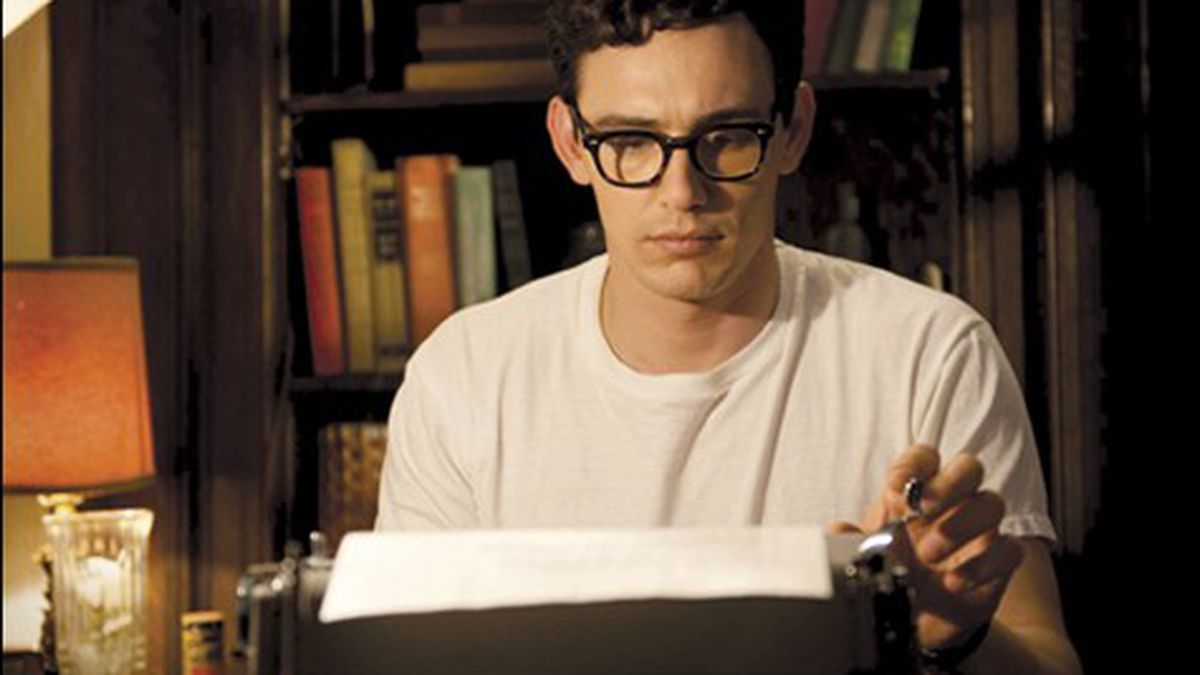 Plus Proposition 19 continues to gather endorsements and cash.

Written and directed by Rob Epstein (The Times of Harvey Milk) and Jeffrey Friedman (The Celluloid Closet), Howl is an utter paean to the canonical piece of beat literature, which was put on trial for obscenity in 1957. The 2010 film reminds audiences that the celebrated American poet was a gay tea-smoker who just wanted to live his life. And as Proposition 8 wends its way to the Supreme Court and Californians consider legalizing marijuana via Proposition 19, the period piece shows how far we have and have not come.

Sure, it’s 2010. It’s okay to be gay in some states and Weeds is a national TV show. Ours is a permissive era of sex tapes and Snooki. But compared to the world within Howl, where Ginsberg strives for a new authenticity considered obscene by 1950s standards, our age proves one can now be completely naked while still being totally fake.

“Look at reality TV,” Epstein said. “The notions of privacy have so changed, but it doesn’t make for a more authentic world. That’s why Ginsberg’s an evergreen. Because I think people — whatever their opinion about him — can’t deny his authenticity. That was his motto as an artist.”

Funny, moving, and a bit corny, the film explores where that motto came from and how it developed and manifested itself in the poem. Arguably the most famous poem of the era, it’s a torrential, emotional lament about a world where casual sex and recreational drugs merit a frontal lobotomy. The 1957 trial of “Howl” publisher Lawrence Ferlinghetti acts as the spine of the film, but the story flits between Ginsberg’s personal growth, the now-legendary first reading of “Howl,” and animated sequences meant to illustrate the text.

It’s an entertaining if somewhat uncritical look at Ginsberg that Franco-philes will simply lap up. Ginsberg goes down on Neal Cassady and woos his crush Jack Kerouac. Beat literature might be high-school textbook material, but the film reminds the nation that the cool beats were often queer. “That went completely over my head when I read it in high school,” Friedman said. “I don’t know how that happened.”

“I don’t think the beats have been claimed in that way,” Epstein added. “So it’s, in part, looking at how that was so much a part of who he was in 1956. Just how brave that was, too.”

A huge fan of literature, Franco grew up in an artistic family in the Bay Area and made plenty of pilgrimages to City Lights Bookstore. Franco personally came up with the scene where Ginsberg reads “Howl” aloud.

“It wasn’t even in the first pass of the script,” said Epstein. “We were doing some screen tests of film stocks in color and black-and-white. We shot him performing the poem and we were so blown away by his performance, just the power and his magnetism, that we knew it had to be part of the story.”

Shooting in April 2009 in New York, the film reconstructs the legendary first reading at San Francisco’s Six Gallery on October 7, 1955. “We had tears in our eyes several times,” Friedman said.

While Ginsberg believed in marijuana legalization, the Pineapple Express star told The Advocate earlier this month that he doesn’t drink or do drugs because he simply lacks the time. Franco implied at Sundance that weed was on the set, though, and that Friedman found it “essential” to the project. “I was looking for new experiences and I found them,” Franco joked.

Proposition 19 round-up: The ballot measure to tax and regulate pot like alcohol raised $50,000 in donations as part of a final pledge drive, fifty days before the election. The Oakland-run campaign recently earned the endorsement of the 700,000-strong Service Employees International Union as well as a coalition of retired California cops, judges, and prosecutors at Law Enforcement Against Prohibition. Legalization Nation broke the news that alcohol lobbyists were paying to defeat Prop 19. The initiative, which polls at about 50-50, also recently drew the ire of an unprecedented coalition of former US drug czars who denounced it and urged US Attorney General Eric Holder to sue California if Prop 19 passes. Voter registration ends October 18 for the November 2 election. … Announcement: Tens of thousands of medical marijuana patients, dispensaries, growers, industry, and activists will gather again at the Cow Palace in Daly City on Saturday and Sunday, September 25 and 26, for the International Cannabis and Hemp Expo. Tickets cost $23.50. Sublime with Rome plays related INTCHE VIP event on September 26 at Mezzanine in San Francisco.