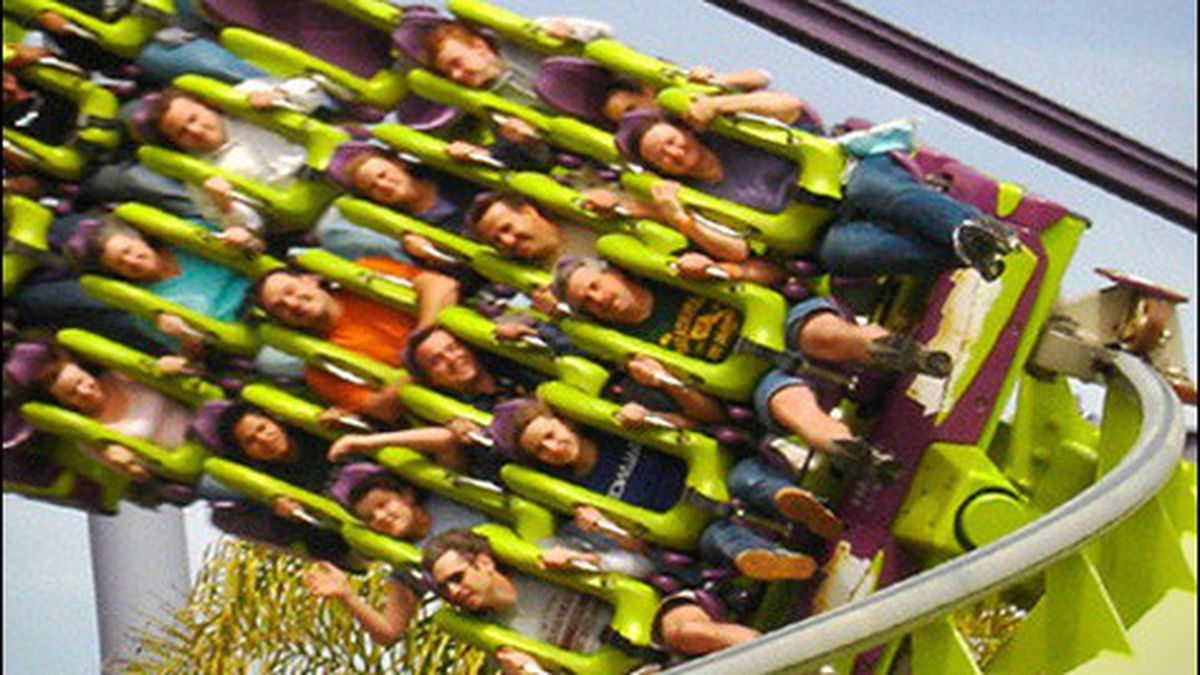 For a time this spring, it looked as if Six Flags Discovery Kingdom in Vallejo might be a good place for families to avoid. Management had locked out mechanics in a labor dispute, raising questions about safety on the amusement park’s thrill rides, particularly as the busy summer season was about to begin. But late last week, the Texas-based theme park chain agreed to end the lockout — though not before union leaders alleged that the company had committed multiple labor violations.

The labor dispute at Six Flags started last year when ride mechanics unionized under the International Association of Machinist and Aerospace Workers. Negotiations with management then broke down this spring over disagreements about safety, training, and wages. Even though the Vallejo amusement park features some of the largest and fastest thrill rides in the country, including the 65-mph Medusa loop-to-loop roller coaster, it traditionally has paid the people who make sure those rides remain in good working order a relatively low wage — lower, in fact, than the prevailing wage of $18 to $19 an hour paid to mechanics at other amusement parks.

Yet after more than a dozen negotiating sessions with union officials, company management steadfastly refused to pay that higher wage and issued what it deemed to be its “final” offer: $17.50 an hour. “They told us, ‘You vote now or we lock you out,'” said union spokesman Garry Horrocks.

The mechanics, however, rejected the proposal, so management locked them out and brought in replacement workers from its other theme parks. Six Flags Entertainment Corporation is the nation’s largest amusement park operator in terms of facilities, and fifth largest in attendance, with about 25 million customers annually.

The locked-out mechanics then set up picket lines and warned customers about potential safety issues. “We have seen an increase in ride breakdowns,” Horrocks said during the lockout. He said that mechanics brought in from other amusement parks did not have the same level of knowledge about the numerous rides at Six Flags Discovery Kingdom as the mechanics who were locked out. “It’s like taking someone who works on Fords and then giving them a Chevy; it’s not going to be the same,” he said.

But Six Flags spokeswoman Nancy Chan denied that safety was ever at risk. “The union is using scare tactics,” she said during the lockout. “We have not and will never compromise the safety of our guests and employees. All of our rides are being inspected and maintained by highly trained and certified individuals with years of experience.”

However, after the mechanics’ safety warnings aired on several Bay Area TV news broadcasts, Six Flags management decided to improve its final offer. According to union negotiator Tom Brandon, Six Flags agreed to multiple changes to its proposal, including better training for mechanics and a guarantee to reinstate health care to union employees who were cut off from coverage during the lockout. The changes were enough for union mechanics to agree to the deal despite the fact that Six Flags refused to increase its wage proposal.

Yet while the lockout is over, another battle now looms over alleged labor violations. The union contends that Six Flags committed an illegal lockout, an illegal partial lockout, and illegally engaged in direct negotiation with union employees.

Union officials allege that Six Flags contacted employees directly during the lockout to tell them their health care was being cut off and to pressure them to accept the final contract proposal. Union leadership also contends that this move was illegal since Six Flags was circumventing negotiators to exert influence on employees in order to force through a contract that the union had rejected.

In addition, Six Flags promoted two mechanics to management positions during the lockout and certified a welder as a mechanic without negotiating with the union. These employees were not locked out with the other mechanics — a move that the union also says was unlawful. “You have to lock out all of us,” said Brandon.

Union officials also say that threatening the union to accept a contract or face a lockout represents dishonest negotiating and is an illegal practice. The union has filed three allegations of labor violations against Six Flags with the National Labor Relations Board.

But Six Flags spokeswoman Chan maintains that the company did nothing wrong. Locking out workers is a normal business practice, she said, adding, “We believe the lockout is legal, and, like most companies, have always communicated directly with our union and non-union employees about work-related matters.”