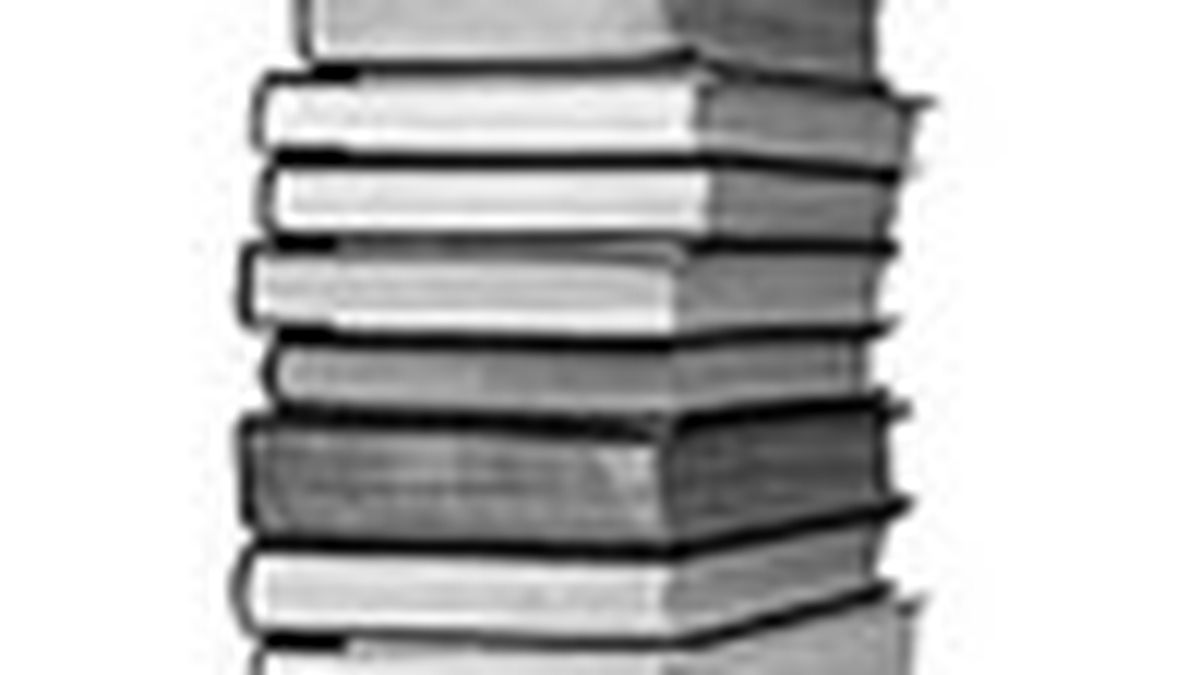 It Was This Big

Life is short. And so many new novels are so long.

That authors were producing long novels in days of old makes perfect sense. Lacking automated vehicles, lacking electronics, lacking instantaneous communication devices, their houses miles and miles apart with bears and wolves in between, readers had to stay put. Plus people were able to concentrate back then. So it’s no wonder that Don Quixote is ginormous, that Remembrance of Things Past goes on and on, or that Ulysses and Anna Karenina and Jules Verne’s The Mysterious Island could be used as assault weapons. Melville’s publicist, had such creatures existed back then, would have billed Moby Dick as “a whale of a tale!”

But as our shopping bags sag nearly to the floor amid the jangle of holiday tunes pumping through the bookstore’s sound system, we have to wonder at the current renaissance in mountainous novels. If everyone’s as busy as they claim to be, if microwaves have actually stolen our attention spans, then how to explain a fall lineup of high-profile releases that includes Susanna Clarke’s 800-page Jonathan Strange & Mr. Norrell, Stephen King’s 864-page The Dark Tower, Neal Stephenson’s 944-page The System of the World, Gregory David Roberts’ 944-page debut Shantaram, Elliot Perlman’s 672-page Seven Types of Ambiguity, Madison Smartt Bell’s 768-page The Stone That the Builder Refused, and Tom Wolfe’s 676-page I Am Charlotte Simmons? Critics and readers alike snidely call them doorstop novels. But someone has been devouring those doorstops. The fantasy genre beats all in the book-bloat stakes, but other genres are catching up.

When the first Harry Potter book struck gold, pundits puzzled over millions of children dropping their relentless jitter and chatter to immerse themselves day after day in a 309-page novel. It seemed so … retro, as quaint as the corridors of Hogwarts itself. It emboldened other authors to hold forth, to let loose, to broaden, to lavish attention on this and that, to revel in it.

In what contexts are we permitted, urged, to say whatever we want for as long as we like in real life? Toddlerhood. (“Amazing! Listen to how many new words he’s learned!”) Drinking jags. (“Then I told that mofo … just try poking me with that thing one more time and … what’s this pink stuff?”) Therapy.

Granted, real life does not imitate novels line for line, because otherwise we’d have a problem with orcs. But just as, in real life, restraint is the great lesson of maturity and sobriety, and arguably of mental health, in books restraint can be so beautiful.

In an era when truth is relative — a phrase heard way too often now, justifying God-knows-what, is “my truth” — it might be actionably fascistic to contemplate rules governing how stories should be told, and at what length. We are schooled to tolerate for the sake of tolerance, and this means tolerating authors too: to trust that, as authors, they know best what to put in and what to leave out; how many characters will appear in only one scene never to be seen again, or appear repeatedly but serve no purpose; how many subplots to include and whether these should ever lead anywhere; how many times to coil the main plot back over itself before arriving at a denouement that either brings redemption or does not.

Slam the same charges at the feet of Tolstoy or Proust if you like. But a case could be made that bygone authors of enormous novels took up space more movingly than their latter-day counterparts. No further proof need be sought than that those old books are classics now, and only time will tell whither go The Dark Tower and Harry Potter and the Order of the Phoenix — though even critics who loved the series bashed the latter, weighing in at 870 pages, as “turgid,” “cumbersome,” “befogged,” “vague,” “hackneyed,” “redundant,” “oxymoronic,” “a snooze,” riddled with “excess,” “surfeit,” and “mediocrity.”

The selection of a novel to read (and, by extension, a novel to give as a gift) is essentially a contract in which the reader agrees to sacrifice as long a period of his or her life as it takes to finish the book. This implies that the time spent is worth it, that the experiences of certain imaginary people are of more interest than the reader’s own. That their imaginary loves are more exciting than the reader’s own. That anything else the reader might have otherwise achieved in that timespan is better off not done. In which case fiction owes its enduring popularity to many centuries of universal low self-esteem. That elephantine novels are still finding so many takers gives new meaning to the old saw, Get a life.

Granted, well-written novels conjure wondrous journeys and, as wondrous journeys go, the longer the better. Great characters leap from the page into the heart and mind and seem so real that the last page hurts like a flesh-and-blood farewell. Well-conceived plots are games, intricate puzzles, parables: hurtling toward a win, a payoff. In good games, the fun is in the playing, the anticipation, which it behooves a player to prolong.

Nothing there that a bit of handiwork with the delete button wouldn’t cure. But get out that extra roll of wrapping paper.