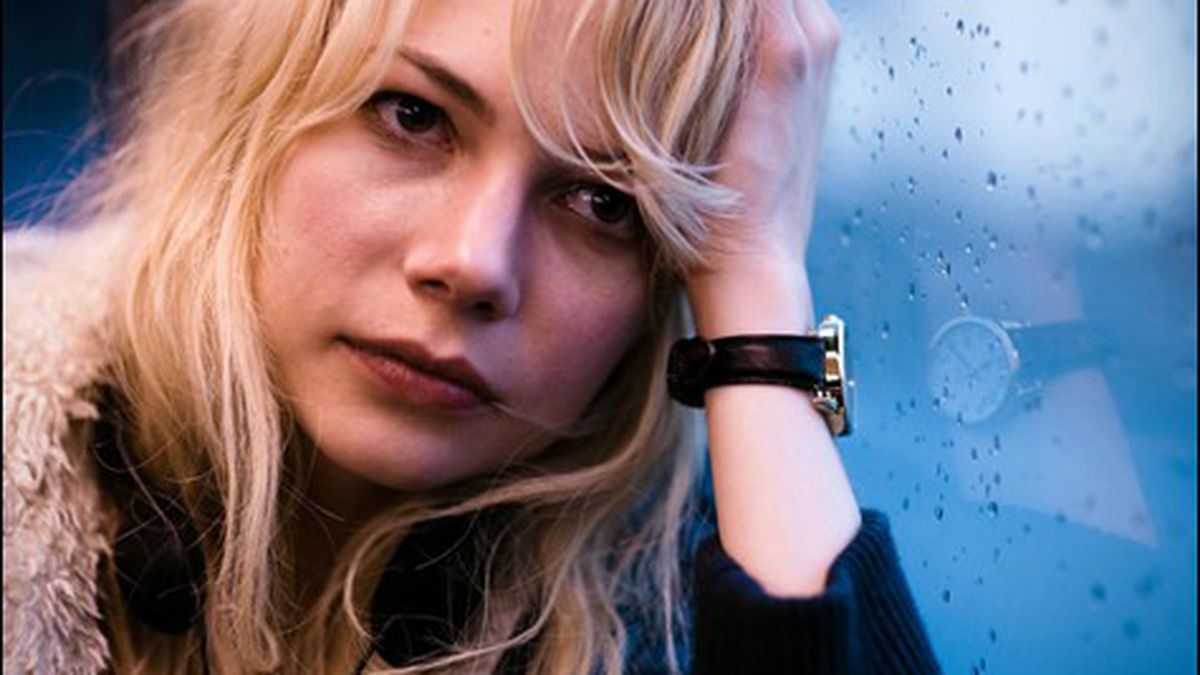 It Didn’t Work Out: Blue Valentine, Rabbit Hole, and Bhutto

Three women and their best-laid plans.

To some audiences, Michelle Williams was a bright blond diversion in the middle of Shutter Island; Synecdoche, New York; I’m Not There; and Brokeback Mountain. To a few, she’s better known as one of the late Heath Ledger‘s most significant others. To us, however, she’ll always be Wendy, the dark-haired, jingle-jangled, homeless drifter in Kelly Reichardt’s Wendy and Lucy, slowly sliding down the slippery slope of viability in the Pacific Northwest, on her way to nowhere — a true heartbreaker of a role.

That was two years ago. In her latest, Blue Valentine, Williams essays the part of a woman who might have been poor Wendy’s childhood best friend. Williams is mysteriously mesmerizing as Cindy, the lower-middle-class, none-too-bright half of a twosome with lower-middle-class, even duller Dean (typecast Ryan Gosling). Together they make an ill-starred pair whose romance ebbs and flows, tenderly at first, then violently. The mystery arises because everything about the movie conspires against Williams’ performance, yet she still shines.

Medical caregiver Cindy — according to the screenplay by director Derek Cianfrance and writers Joey Curtis and Cami Delavigne — has trouble resisting the embrace of jealous, temperamental, childish, lackadaisical loading-dock gofer Dean. Yet we find him dismissible. What does she see in him? We never really find out, although the filmmakers leave clues.

Gosling possesses a wan, untrustworthy face and a voice to match — he could be Sam Rockwell’s luckless cousin. Compared to ripe, voluptuous, admittedly uncomplicated Cindy, Dean is a fast-lane loser on the road to K-Mart. Their night at an incredibly cheesy “love motel” is undoubtedly the best time he’ll ever have on this earth. By comparison, Cindy is merely experiencing a streak of bad luck. Her problem can be remedied; his is built-in.

Via continuous flashback yo-yoing, impetuous Dean is revealed to have a kind heart when it’s not obscured by vodka and rage. Cindy is a bit more enigmatic. There’s something in her eyes, an expression of almost willful distancing, as if she can see twenty years ahead and knows none of this will turn out right, even with the addition of her young daughter Frankie (played by Faith Wladyka).

Both leads put on flamboyant displays of acting, but Williams is the only one the camera really loves. We believe her when she’s on the screen in front of us, by sheer force of personality. The rest of the movie can be dispensed with. There’s a lingering coldness and sterility about it. Cianfrance’s claustrophobic close-ups may be intended to convey intimacy, but they only reinforce the artificiality of the screenplay.

Filmmaker Cianfrance, a technical hand and documentarian who reportedly nurtured Blue Valentine from infancy, is guiltier of sins of ambition than of criminal complacency, although the indie clichés he lets fly invariably come back to haunt him. “Sub-Cassavetes” is the usual indictment when actors like Gosling and Williams are allowed to roam free through such a feckless screenplay. We should give Cianfrance the benefit of the doubt. Lose the ukulele scene, Derek. And keep your faith in Michelle Williams, no matter what anyone tells you.

Nicole Kidman has made a brilliant career out of playing characters every bit as mixed up as Williams’ Cindy, but they almost invariably dwell a few notches higher on the sophistication scale. Rabbit Hole, an exhibition of “pain corn” built around a suburban married couple dealing with a family tragedy, severely tests even Kidman’s proven ability to rescue a tired screenplay.

Becca (Kidman) and her husband Howie (Aaron Eckhart) — as imagined by playwright/screenwriter David Lindsay-Abaire and director John Cameron Mitchell (Hedwig and the Angry Inch) — march dejectedly through a predictable series of situations when their young son is killed by a reckless teenage driver (Miles Teller): horrible support group, Becca’s nagging mother (Dianne Wiest), fumbling infidelity, and the all-important perp-as-victim wrinkle that instantly marks the material as irredeemable white-bread fantasy. Kidman is brittle as usual, Eckhart shows up late, Sandra Oh contributes a short shiver of warmth as a fellow griever, and Wiest steals the movie. ‘Twas ever thus.

Why is Kidman so wrong for this movie when she was so right for Margot at the Wedding, The Hours, The Human Stain, Moulin Rouge, and Eyes Wide Shut? Blame the writing. Despite its injection of humor into Becca and Howie’s pity party, Lindsay-Abaire’s scenario has entirely too much soap on its face. It asks us to forgive Becca, something we can never do as long as she’s played by Kidman. A Kidman character should never beg for forgiveness — it’s just not in her.

If screenwriters dared to put a woman through the ordeals that Benazir Bhutto faced, half the audience would refuse to believe it. The life story of that groundbreaking Middle Eastern politician — the first and, so far, only woman to be elected prime minister of Pakistan — was so eventful and nerve-wracking that only a documentary could handle the job. And Duane Baughman and Johnny O’Hara‘s Bhutto is so well researched, with such complete access to Bhutto’s inner circle, that it’s the only Bhutto movie you’ll ever need.

In newsreel and family-video flashbacks from the moment Bhutto was killed by a suicide bomber in 2007, we witness her rise, first as the privileged, Western-educated daughter of Prime Minister Zulfikar Ali Bhutto, then as the de facto head of her family and the chief spokesperson of the Pakistan Peoples Party.

It was Bhutto’s progressive politics, more than her gender, that seemed to enrage Pakistan’s armed forces and radical Islamists. So she became a target from two different directions when she successfully ran for election in 1988 and 1993. O’Hara and the San Francisco-based Baughman tell us a few things we already knew, but many more things we should have known about the treacherous workings of Pakistani public affairs.

Best of all, with such up-close coverage of its subject, the film makes clear Ms. Bhutto’s appeal to ordinary Pakistanis. The PPP promised food, clothing, and shelter for the country’s poor — basic needs that apparently are still lacking. And, of course, the necessary ingredient, hope for the future. No wonder they wanted to kill her.