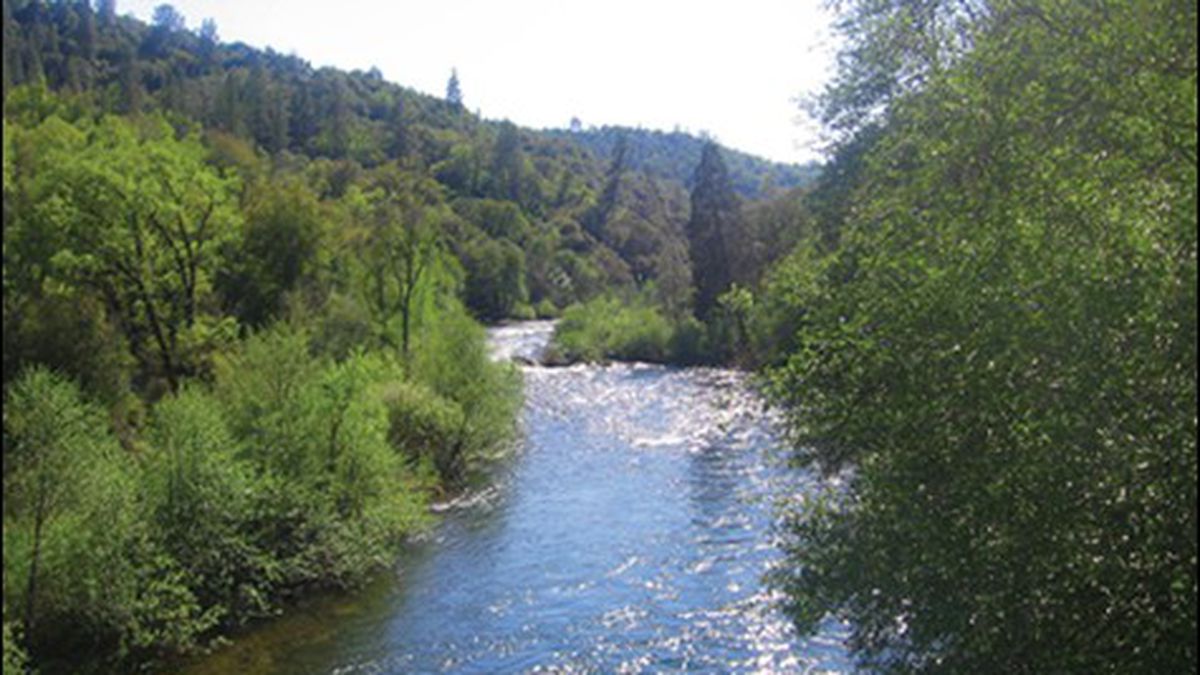 Is East Bay MUD Lying About the Dam on the Mokelumne?

Utility officials knew that a dam proposed for the Sierra foothills would cause serious environmental harm, but the agency said otherwise when it decided to move forward anyway.

When the East Bay Municipal Utility District board of directors voted last year to move forward with plans for a large new dam on the Mokelumne River, the agency dismissed the dam’s potential environmental impacts as “insignificant.” The move outraged environmental groups and Sierra foothills residents. They noted that the new dam would substantially increase the size of an existing reservoir and would destroy a scenic stretch of the Mokelumne that is popular for kayaking, swimming, and fishing. Now, it turns out that East Bay MUD has known for years that the dam would have a “significant and unavoidable” environmental impacts on the river, and yet didn’t admit that fact when the board voted to go forward with it in October 2009.

East Bay MUD‘s failure to acknowledge what it knew about the proposed dam is now at the center of a lawsuit filed by three environmental groups — the Foothill Conservancy, Friends of the River, and the California Sport Fishing Protection Alliance. The environmental groups contend that failing to disclose the dam’s significant environmental impacts effectively allowed the agency to ignore viable alternatives in violation of state law — including a much less damaging proposal to expand Los Vaqueros Reservoir in eastern Contra Costa County. The environmental “process was a charade,” said Michael Graf, an El Cerrito attorney representing the groups. “They haven’t even studied” Los Vaqueros.

The lawsuit against the dam was filed by the environmental groups one year ago just after East Bay MUD voted to move forward on the dam. When it’s built, the new dam will significantly expand the existing Pardee Reservoir on the Mokelumne and will flood about two miles of a popular white-water run. It also will destroy a historic bridge that serves as a fire escape route for locals and inundate a sacred site used by Miwok Indians.

In a court filing earlier this month, the environmental groups revealed that East Bay MUD has known for more than a decade about the substantial problems posed by the dam.

In 1998, the agency studied the dam proposal, and then incorporated that information into a 2004 environmental impact report on another project. At the time, the agency was embarking on another water project near Sacramento, known as the Freeport Regional Water Project. And as part of the environmental review for that project, the agency examined as an alternative proposal the new dam on the Mokelumne that would expand Pardee Reservoir. But then East Bay MUD and several other water agencies involved in the Freeport project dismissed the Pardee dam proposal as undesirable because it had “significant and unavoidable” environmental impacts. It would ruin two white-water runs on the Mokelumne. The runs connect and are known as the Electra and Middle Bar runs and are especially popular with kayakers.

The phrase “significant and unavoidable” is a legal term of art that carries substantial weight under California environmental law. It essentially means that a project will destroy a part of the environment and that nothing can be done about it. When a public agency decides to go forward with such a project anyway, it must adopt what is known as a “statement of overriding considerations.” In other words, it must have a very good reason for destroying the environment.

However, since East Bay MUD declared last year that the new dam’s environmental impacts would be “insignificant,” then it wasn’t required to make a “statement of overriding considerations” — even though it actually knew that its assertion was untrue. That decision, in turn, made it easier for the agency to quickly dismiss the Los Vaqueros Reservoir expansion proposal without studying it.

In an interview, both agency spokesman Charles Hardy and Karen Donovan, the in-house attorney handling the case, repeatedly avoided answering questions as to why the agency decided to disregard its earlier conclusions that the dam will cause significant and unavoidable impacts to the environment. “You’re talking about two different examinations at different times,” Hardy said.Donovan and Hardy also stated that the agency might not build the dam, and that it plans to do a more thorough environmental review of the project if it decides to construct it. The board’s vote last year was to include the dam in the agency’s portfolio of potential projects over the next few decades. However, in making that decision, the agency also chose not to include other less controversial projects in the portfolio, including the Los Vaqueros expansion, thereby effectively eliminating them from consideration. Environmentalists want the agency to conserve more water, but if it must increase water storage capacity, then they prefer the off-stream Los Vaqueros expansion because it would not involve destroying a section of a scenic river.

East Bay MUD has until December 22 to reply to the environmental groups’ charges. A hearing on the matter will then be held in February in Sacramento County Superior Court. In previous court filings, East Bay MUD successfully got the case moved from Amador County, where the dam is to be built, to Sacramento County. The agency said it could not get a fair trial in Amador County, because of widespread opposition to the dam there.

But the environmental groups contend that the East Bay MUD was required under the law to take a closer look at the dam proposal than it did, and it should have compared the dam to other proposals, such as Los Vaqueros, particularly when the agency had already determined previously that the dam would inflict “significant and unavoidable” impacts.