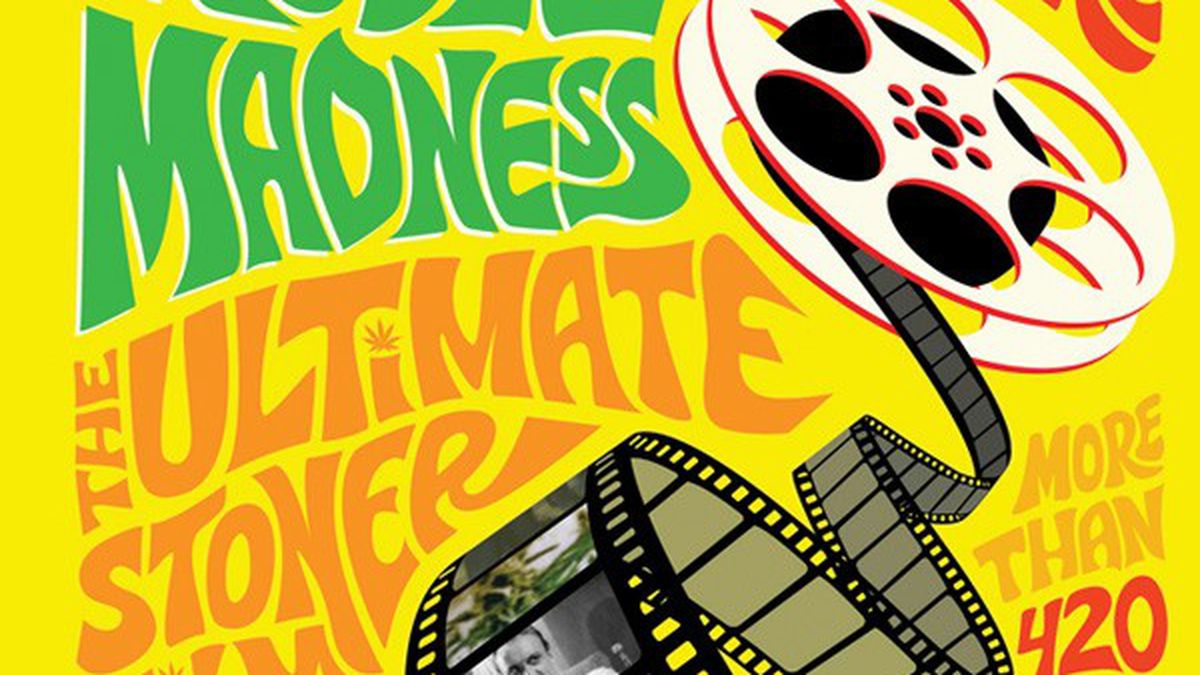 Plus pot penalties go down; and Stoners Against Legalization get rowdy.

Fire up that Netflix account and shut the blinds, Reefer Movie Madness: The Ultimate Stoner Film Guide hit shelves on October 1. Covering 367 pages, with 52 special interviews, the paperback offers film buffs an essential collection of critical takes on 660 films from Anchorman to Yellow Submarine. Pot Culture authors Shirley Halperin and Steve Bloom conclude eighteen months of watching, categorizing, and critiquing two movies a day (around 800 in total), all the while nabbing themed interviews with the likes of Snoop Dogg, Wayne Coyne, and The Doors’ Ray Manzarek.

A former editor at Entertainment Weekly, Halperin says the book is a must-have on college campuses this fall, as past guides to stony, counterculture film are either uncritical, incomplete, or dated. The genre has undergone a rapid mainstream reformation after a decades-long Hollywood stigma, she says. She elaborates on her findings in the following Q&A, which is excerted from a much longer interview on our blog.

Legalization Nation: What did you learn, if you had to teach a course on the material?

Shirley Halperin: What’s interesting is the pattern of negative portrayals of pot which was what we see up until 2009. Most times the message you see in a pot movie is that pot is bad. They usually have to give it up, like in Half Baked Dave Chappelle’s character has to give up pot for the girl. He has to make that decision. Knocked Up, same thing. Seth Rogen, he has to decide: either the bong or the girl. And then in 2009 it sorta changed a little bit.

All of a sudden — I give a lot of credit to Harold & Kumar, too — that perception, that stereotype, that thing movie studios insist on where it had some consequence, some negative consequence, is changing. It’s changing. And It’s Complicated is a great example of that. There’s more than one scene, there were huge pot scenes, and there were overwhelming positive effects to these older folks getting together and smoking weed together. That is something that’s changing and public perception is shifting finally after all these years.

Legalization Nation: Isn’t there money to be made off positive portrayals?

Shirley Halperin: I would think so. But I’ve talked to actors who said it’s the opposite. … When I worked at Entertainment Weekly I did a big story about Harold & Kumar and Pineapple Express when all these movies came out and I interviewed a ton of actors and directors about it, and Seth Rogen was one of the people who pointed out to me, “As soon as you put ‘stoner’ in the description of a movie, your budget gets slashed in half.” Hollywood does not react favorably at all even though I’ll bet every movie has at least one stoner on its writing team, not to mention the film crew, the freaking gaffers and stuff.

Governor Arnold Schwarzenegger signed a bill by Senator Mark Leno last week that further decriminalizes personal possession of marijuana, downgrading it from a misdemeanor, like tagging, to an infraction, like a traffic ticket. Some 60,000 Californians are arrested yearly for misdemeanor pot possession, giving them a criminal record and forcing them to appear in court and pay a fine. Enforcing the state’s pot laws costs the state about $1 billion a year, the Cato Institute has found.

Stephen Gutwillig, California director of the Drug Policy Alliance, said voters are poised to take the next step, adopting Proposition 19 to eliminate all penalties for personal possession and “begin to bring this state’s unregulated $14 billion underground marijuana market under the rule of law once and for all.”

Surveys show blacks and Latinos use pot less than whites but account for the majority of arrests. A pot arrest can lead to loss of federal financial aid, and failing employment background checks. Studies show unemployment and lack of an education are the two biggest gateways to harder drugs.

Prop 19, the ballot initiative to lift all penalties for over-21 possession of up to an ounce of marijuana in public, goes before voters-by-mail starting October 4. It’s currently winning by a significant but small margin in two polls.

The Other Tea Party

Stoners Against Legalization (see “Stoners Against Legalization,” 8/25/10) brought a little Tea Party to the International Cannabis and Hemp Expo on September 25, Cannabis Culture reports. “What was meant to be a debate and forum on Prop 19 devolved into chaos. The bill’s creator and sponsor, Richard Lee, the founder of Oaksterdam University, was so loudly heckled and booed that when it was his turn to speak he got red in the face and yelled into the microphone, ‘We’re all for fucking legalization! This is the best we can do right now!’ and then a quieter aside to panelist Chris Conrad, publisher of West Coast Leaf, ‘I’m done,’ was picked up by the microphones. Conrad spoke to represent the ‘Yes on 19’ opinion for much of the remainder of the debate.”

Stoner Against Legalization writer Dragonfly De la Luz teamed up with ex–crackhead Ron Allen to spread their misunderstandings, like the idea that 19 would have any effect on medical pot but to make it cheaper. Conrad “pulled up the proposition on a projector and attempted to show the audience the protections in the bill but was also drowned out by hecklers.”