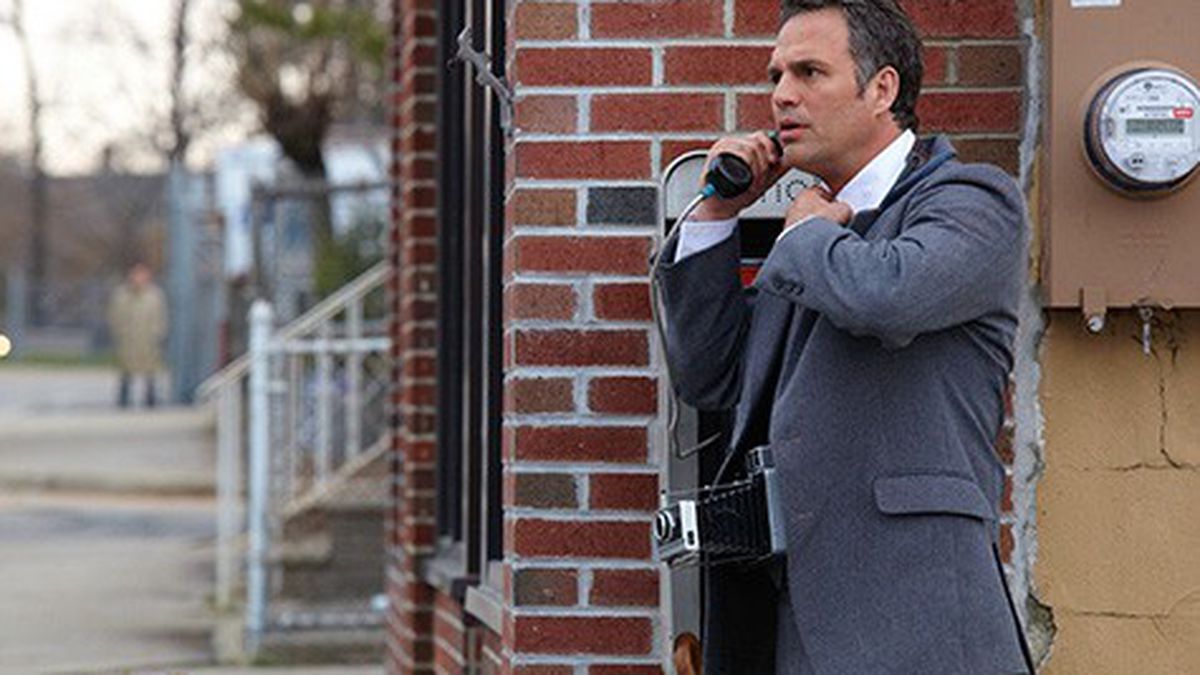 It sprinkles just enough salt into the mix to bring out the realistic, unforced tang of its extra-strength cuteness.

Infinitely Polar Bear fits into the “Determinedly Quirky” subdivision of the family-comedy genre. In its story of a bipolar father (Mark Ruffalo) doing his best to raise his school-age daughters (Imogene Wolodarsky and Ashley Aufderheide) while his wife/their mother (Zoe Saldana) is away on business, writer-director Maya Forbes’ comic drama has a long heritage to live up to as well as a host of built-in pitfalls to avoid. But Ruffalo, Saldana, and the young actresses, armed with Forbes’ dialogue and the story’s vivid sense of time (the late Seventies) and place (Boston), produce far more little stabs of happiness than winces.

Cameron (Ruffalo) has a history of manic-depressive behavior, and was recently hospitalized after scaring Maggie (Saldana) and the girls with his unpredictable temper, but as the movie warms up, he’s back, a wounded man who thrives on his family. Maggie’s ambition is to study business at Columbia in New York, but her being away would mean that Cameron is left in charge of meals, the girls’ schooling, keeping the apartment clean, etc., and the responsibility terrifies him. Their subsequent household misadventures dwell more at the Royal Tenenbaums/The Squid and the Whale end of the spectrum than on the Little Miss Sunshine side. We even catch a whiff of Jeff Preiss’ junkie-dad memoir Low Down. We’re in the kingdom of the immature parent whose affliction forces his children to grow up in a hurry.

Cameron, the black sheep from an old line of Boston bluebloods, undertakes odd projects gleefully, much to the delight of the girls and their friends, who offer advice (“Stop drinking and take your lithium”) and generally take full advantage of the pithy dialogue. He’s the type of guy who thinks he can repair or fabricate anything on demand, but always leaves a trail of half-finished tasks. Ruffalo launches himself into the character of this warm-hearted but challenged individual with considerable charm. In common with Ruffalo’s character in The Kids Are All Right, Cameron is easy to cheer for, a childlike outsider trying to fit in. Early on, we see that his daughters are doing a pretty decent job of parenting him, as well. Filmmaker Forbes punctuates this family circus with soundtrack tunes as eccentric as Cameron is — Brenton Wood’s “The Oogum Boogum Song,” Mississippi John Hurt’s “Stack O’Lee Blues,” etc.

It makes perfect sense that filmmaker Forbes — a TV veteran in her theatrical movie debut — gives her daughter, the young Ms. Wolodarsky, some of the film’s best lines. The unreliable-grownup/wise-child framework has infinite possibilities for a resourceful writer. Infinitely Polar Bear sprinkles just enough salt into the mix to bring out the realistic, unforced tang of its extra-strength cuteness. This family is going to make it.

A Sample of Sparkling Wines