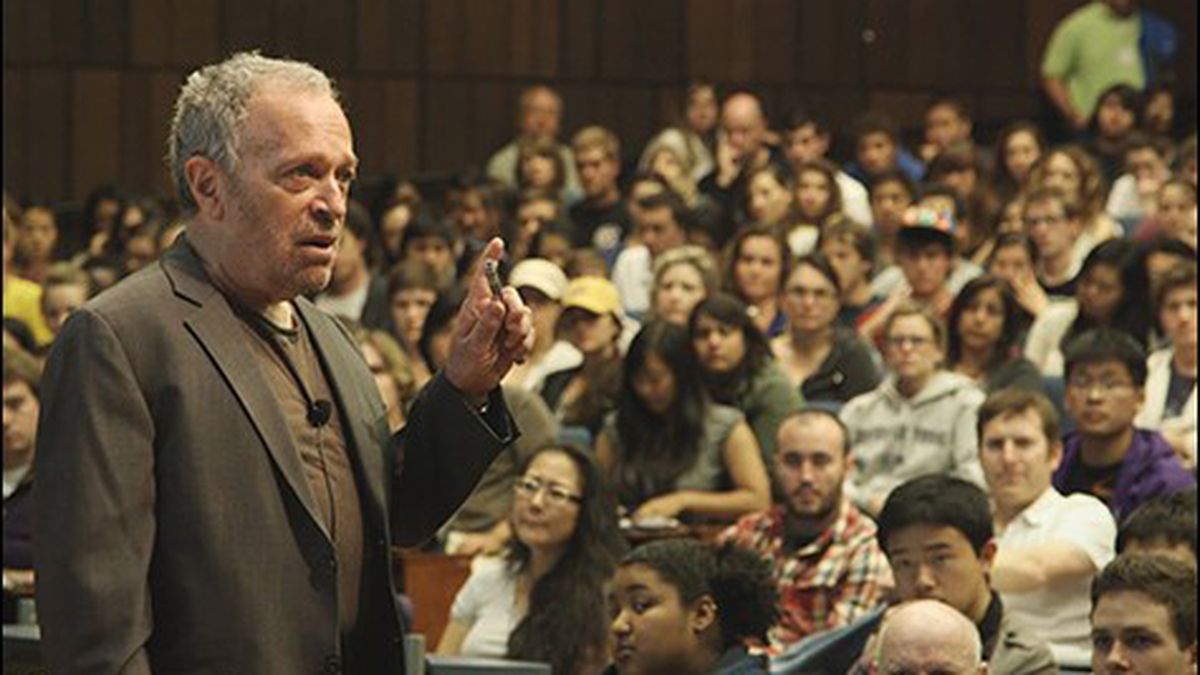 Wealth, poverty, and you.

Information junkies who regularly read Robert Reich’s column or his bulletins on MoveOn.org are already familiar with his argument that the middle class is the driving force of the American economy — and indeed, of the country itself — and that the current economic inequality hurts everyone, everywhere. Now, with documentarian Jacob Kornbluth’s Inequality for All, the main points of Reich’s “Wealth and Poverty” class at UC Berkeley have been distilled into bite-sized, big-screen form, to simultaneously embolden his many fans and no doubt vex his numerous detractors.

The disparity really is shocking. Speaking in front of his class and using onscreen graphics, the former US Secretary of Labor highlights some disturbing numbers: That a mere four hundred individuals in the United States have more wealth than half the population. That the top marginal income tax rate in the 1950s was 91 percent, compared to 35 percent today (although the very wealthy receive most of their income as capital gains, taxed at 15 percent). That while the US Gross Domestic Product is steadily rising, wages remain flat. Reich explains the causes and effects of the lingering Great Recession, and hears some interesting ideas from ordinary Americans, including an entrepreneurial pillow manufacturer named Nick Hanauer, who makes a multimillion-dollar salary and yet believes he owes more to society than he is required to pay.

Reich’s engaging personality helps the nasty-tasting medicine go down more easily. Net conclusions: The rich are not paying their fair share. The rich do not generate enough economic activity in proportion to their incomes, in terms of all-important consumer spending. Nobody is really looking out for the American worker. Democracy is being undermined by staggering amounts of money. And perhaps most chilling of all: “We are losing equal opportunity in America.” But there’s a silver lining. History, asserts Reich, is on the side of positive social change. His advice: Mobilize, organize, energize. The woods are full of “Outrage Docs,” but this one is special.

Doing Numbers: Behind the Scenes with SOB x RBE, the Bay...