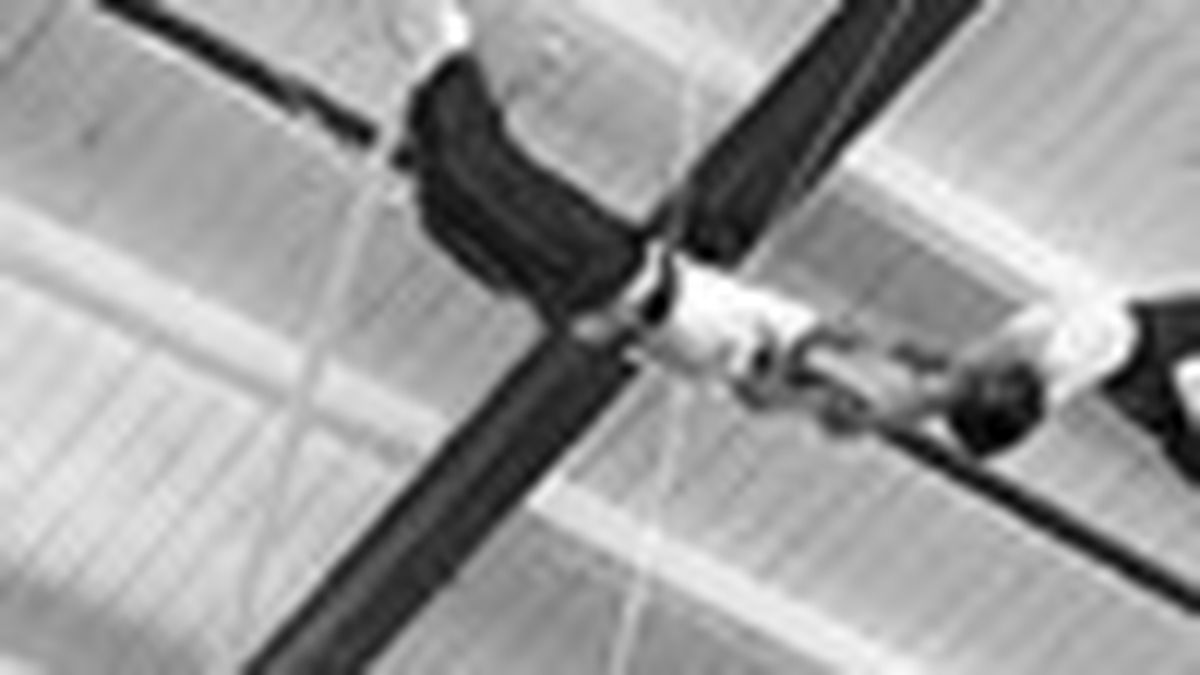 Fly on in to West O.

Worried that your kid might run away and join the circus one day? Nip that fear in the bud by enrolling both of you in classes at Trapeze Arts, the West Oakland circus school. Trapeze Arts was founded ten years ago by aerial artist Stephan Gaudreau in an outdoor Sonoma location, but increasing demand for year-round classes led to the opening of the Oakland school in a converted warehouse in 2000. Kids as young as three can start investigating circus arts including tumbling, clowning, and acrobatics. By age six, they’re ready to start learning the flying trapeze, as well as other aerial arts such as Spanish Web (the looped rope which grips your hand or foot and usually involves a lot of spinning) and static trapeze, a lower, padded trapeze bar (better for those of us who get nauseated at the thought of being 25 feet off the ground). Trapeze Arts also offers winter circus camps for those seemingly endless days coming up when school is out: December 22 through 24, and December 29 through January 2, with a special show on the last day of camp. There are also plenty of classes for grown-ups who yearn to fulfill their circus fantasies. Trapeze Arts is located at 1822 9th St. in Oakland. For information and class schedules, call 419-0700, or check TrapezeArts.com — Sarah Cahill

Humperdinck, Humperdinck, Humperdinck! Far from the evil prince portrayed by Chris Sarandon in The Princess Bride, the original famous bearer of that name, turn-of-the-19th-century composer Engelbert, created his most successful opera at the kindly request of his sister. In his hands, the Grimm Brothers’ fairy tale Hansel and Gretel became Hansel und Grethel, an epic production that Richard Strauss called “original, new, and authentically German.” His 1893 version of the classic story is the inspiration for local troupe Opera Piccola’s presentation, happening at the El Sobrante Library (4191 El Appian Way) at 3:30 p.m. Sunday. Kids five and up will enjoy the music and audience participation; caregivers might appreciate the good behavior inspired by the threat of being abandoned in the woods. 510-374-3991 or OperaPiccola.us — Stefanie Kalem