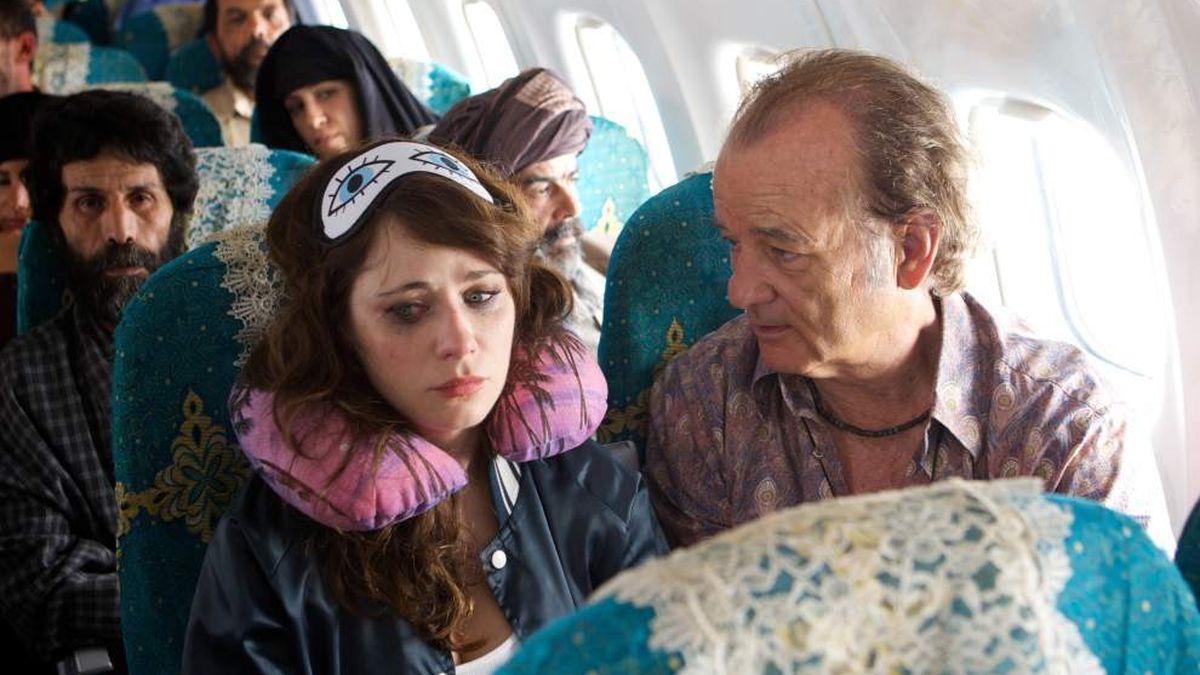 In ‘Rock the Kasbah,’ Bill Murray Is as Funny as Ever

The more ridiculous the story gets, the better it works.

It’s hard to get peeved about so good-naturedly daffy a movie as Barry Levinson’s Rock the Kasbah, a film that proves that Bill Murray — who now looks more like a real-life golf course groundskeeper than he did in Caddyshack, back in 1980 — is as funny now as he ever was. And it reminds us that on Saturday Night Live and in movies like Stripes and Mad Dog and Glory he was one of the snarkiest men in the business.

Director Levinson (The Bay, Wag the Dog, The Natural, Diner) and screenwriter Mitch Glazer (Scrooged), a pair of veterans on the comeback trail, give the full Van Nuys to the story of burned-out, never-has-been rock talent agent/tour manager Richie Lanz (Murray) rising to the occasion in perilous Afghanistan (shot in Morocco). It’s practically a remake of Levinson’s Good Morning, Vietnam, with Murray replacing Robin Williams as the goofball in a war zone. Every time a scary situation pops up, BANG!, Richie shoots it down with a gag, delivered with Murray’s finest putting-green snide. When he comebacks a US Army private with, “Thank you for your sacrifice,” you can actually see the irony dripping off the words. Subject for further research: Richie’s Danielle Steel routine — see the movie before that gets cut out.

Stir in crowd-pleasing parts for Kate Hudson as an in-country American prostitute working out of a double-wide trailer; Zooey Deschanel as Richie’s wannabe-Stevie-Nicks office assistant; Bruce Willis coming across shell-shocked as a gnarly mercenary; and the pleasing warbling of Palestinian actress Leem Lubany (from Omar) as the fulcrum of the piece, an Afghan warlord’s daughter devoted to the songs of Cat Stevens, aka Yusuf Islam. The more ridiculous the story gets, the better it works. If you’ve seen Havana Marking’s brave 2009 doc Afghan Star, about the unlikely but true Kabul version of American Idol, all the better. Richie stares death in the face and reduces it to a Deep Purple joke. Again, why are we in Afghanistan?