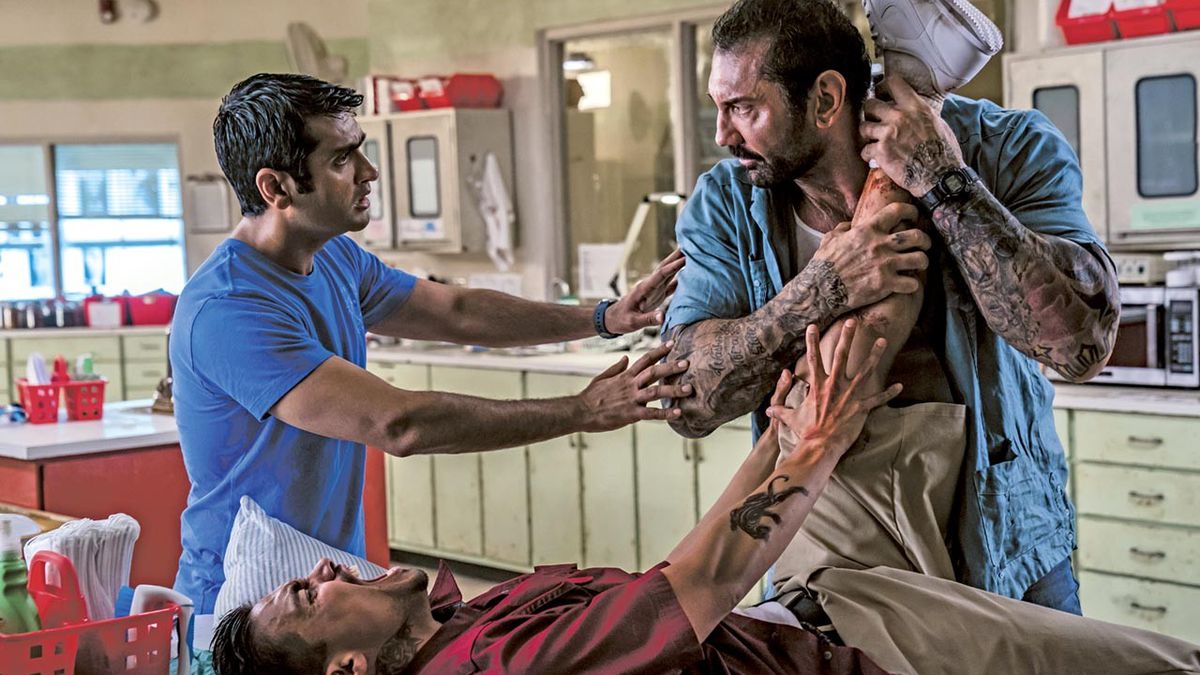 In a Stupor with ‘Stuber’

The most revolting movie of the summer?

Stuber is quite probably the most revolting movie of the summer. That’s a sweeping statement, considering that the season is generally devoted to kiddie shows and lowest-common-denominator entertainments in a race to the bottom. But the wily Stuber is prepared. It comes equipped with everything it needs to succeed: hackneyed situations, meathead dialogue, cardboard-cutout performances (with the possible exception of Kumail Nanjiani in the title role), and the all-important nonstop mayhem, a compulsory summer ingredient.

There is, however, one reason to pay attention to director Michael Dowse and screenwriter Tripper Clancy’s creation — it’s arguably the first comedy about a ride-hailing driver. That honor goes to Stu (Nanjiani), a hapless Uber asset for whom nothing is going right. Wimpy Stu, whose “girlfriend” (Betty Gilpin) uses him as a place-holder for her actual boyfriend, desperately needs a five-star rider rating or he’ll lose his gig. Into that setup falls Vic (Dave Bautista), a burly LAPD detective whose recent LASIK eye surgery has left him nearly blind. Which means macho Vic is relying on chicken-hearted Stu to drive him around on a hunt for a murderous drug dealer. Unlimited vistas of violence and stupid laffs open up from there.

Actor Nanjiani (The Big Sick) is an inspired bit of casting as the unlucky flunky, although his lines stink (sample: “You’re built for action, I’m built for brunch”). Bautista, a former pro wrestler now mopping up the floor with stuff like Escape Plan 2: Hades, could actually make a decent comedy straight man if he had anything more to do than punch the bad guys. Who says summer movies have no relation to the real world? We’d happily pay to see Nanjiani and Bautista crash their way through the Maze on a Friday afternoon. Just not in this flick.&#8;