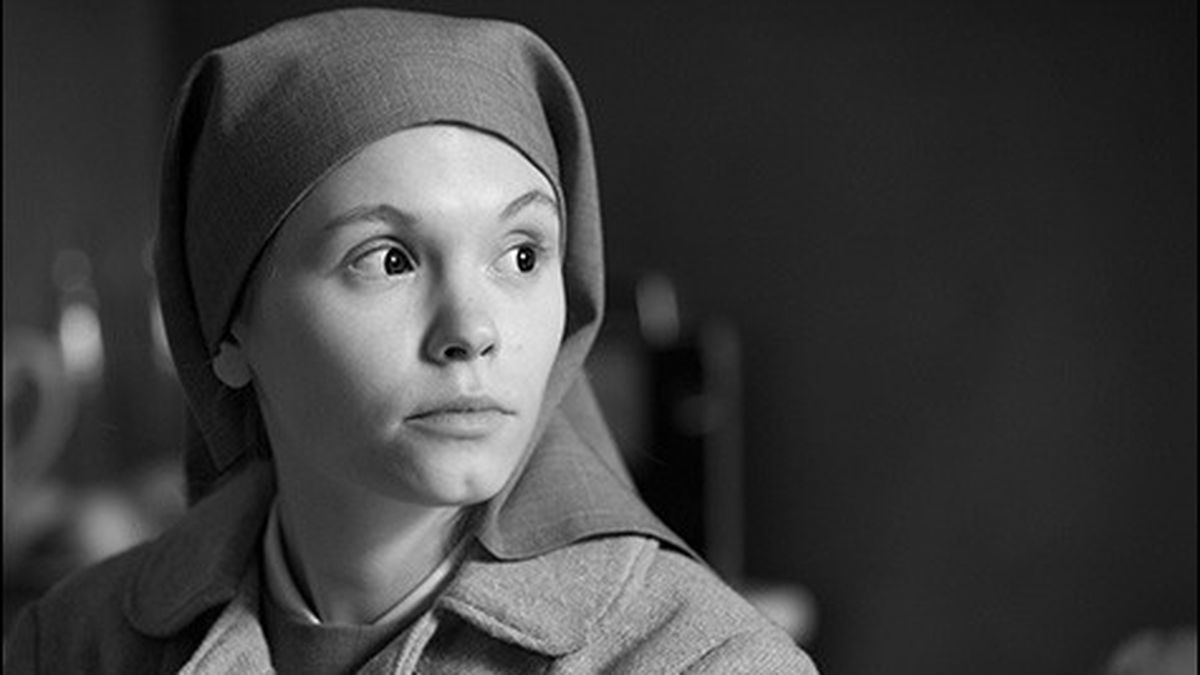 The nun and the communist.

The scene is Poland in the early 1960s. The country and its people are firmly under the control of the Soviet-backed Communist government, and most adults have vivid, painful memories of the German Nazi occupation of World War II, some twenty years before. But inside the Roman Catholic convent, all is peaceful and purposeful for eighteen-year-old novice Anna, played by Agata Trzebuchowska.

The calm, obedient Anna is nearing the end of her novitiate, but just before she’s scheduled to take her vows the Mother Superior orders her, without much explanation, to take a break and go visit her Aunt Wanda, who has news for her. So begins Ida, a remarkably well-made character study, brimming with emotion and sublimated conflict, from UK-based filmmaker Pawel Pawlikowski, filmed on location in his native Poland.

Without giving away too much of the plot, it’s safe to say that Aunt Wanda’s news is life-changing for Anna, who quickly learns that her real name is Ida Lebenstein, that she is Jewish, and that her parents were killed during the war, their burial place unknown. While all this is sinking in for the stunned Anna/Ida, Wanda (played by Agata Kulesza), coolly regards her niece through a haze of cigarette smoke with the sort of expression one might have toward a cute little lamb that’s about to be led away to the slaughter — vaguely sympathetic but somewhat detached, even a shade dismissive at the hopeless innocence on display before her.

As quick as we can say “Jerzy Kosinski and Roman Polanski,” Ida and Wanda set off on a road trip in search of their roots. We can forgive director Pawlikowski and his co-scenarist Rebecca Lenkiewicz for using such a well-worn device because there’s really no better way for the two very different women to discover the truth about their family and themselves. As an orphaned baby during wartime, Ida was taken in by a priest and raised by nuns, with no knowledge of her past. The only life she knows is service to the church. Compared to her niece, Wanda (the sister of Ida’s late mother) is a hard case, a Communist party criminal court judge who once upon a time left her family, joined the anti-Nazi partisans, and never looked back. To Wanda, Ida is an unwittingly cruel reminder of everything she lost — memories the older woman covers up with her judicial duties, vodka, and chain-smoking.

As the odd couple drives along in Wanda’s car, stopping every now and then to question indifferent or surly villagers, a little of each woman’s protective armor gradually wears off. Wanda initially takes control of the movie with her arch, bitter comebacks and her disdain for her niece’s prim religiousness, especially when it comes to no-strings-attached sex and other bad habits (“You know, this Jesus of yours adored people like me”). Wanda at first seems to be the antidote to the maudlin aspects of their search. She’s the one you’d want to take to a jazz club or an art gallery. But the quest weighs more heavily on Wanda than it does on Ida. The younger woman is more or less a clean slate in regard to worldly affairs — we could say she’s on her way to a state of grace. At her aunt’s urging after they visit a cafe and hear a young saxophonist (Dawid Ogrodnik) and his band, Ida tentatively rediscovers her pretty red hair and entertains notions of the flesh. The inner journey for Wanda is about one centimeter long; for Ida, it’s to the moon and back.

We’re forced to imagine the redness of Ida’s hair because the movie is shot in black-and-white, of the most glorious kind, by the cinematographic team of Lukasz Zal and Ryszard Lenczewski. There is lots of expressive Eastern European scenery for them and director Pawlikowski to explore: tumbledown farmhouses, Wanda’s intellectual’s-nest flat, a neglected Jewish cemetery in Lublin, foggy country roads, utterly still forests. Pawlikowski, who made the 2011 psychological drama The Woman in the Fifth, treads through the deliberately timeless settings of his homeland as if on a quest of his own. The mood is as solemn and exalted as anything by his renowned cinematic countrymen Andrzej Wajda or Wojciech Has.

Speaking of which, the UC Berkeley Art Museum and Pacific Film Archive is hosting “Martin Scorsese Presents Masterpieces of Polish Cinema,” a concise thirteen-title tribute, June 14-August 21, featuring the work of Wajda, Has, Aleksander Ford, Jerzy Kawalerowicz, and Krzysztof Zanussi. By all means, catch Ida first, then catch up on a national cinema seldom shown in the Bay Area.