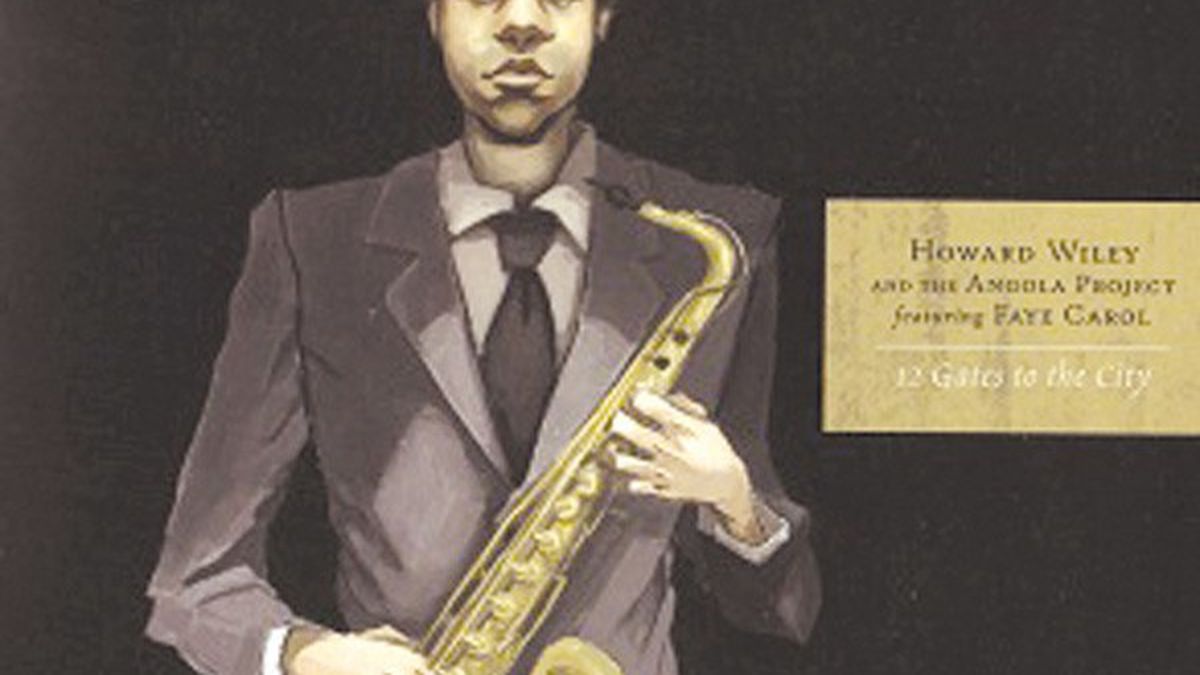 Howard Wiley and the Angola Project

12 Gates to the City

Howard Wiley wields his saxophone like a blowtorch. Sparks sputter out of the bell of his horn while he rips through chord changes. Oakland-born saxophonist David Murray, who made a guest appearance on Wiley’s The Angola Project in 2006, is the younger Berkeley-born saxman’s most obvious stylistic model, though Wiley’s political militancy brings to mind that of Sixties free-jazz great Archie Shepp. His frequently staccato phrasing and ironic use of phrases from other songs suggest he’s been peeping Sonny Rollins.

12 Gates to the City, like its predecessor, was inspired by field recordings made decades ago at the infamously brutal Louisiana State Penitentiary at Angola, as well as by visits there by Wiley and co-producer Daniel Atkinson. Parts of the thirteen-song suite have a gentle hymn-like quality, and the fibrous blends of the leader’s tenor and soprano saxophones with other horns, two violins, and a soprano voice are often Ellingtonesque. Kito Gamble attacks her piano with blues-imbued abandon, and her mom, Faye Carol, works some of her scat magic. Another vocalist, Lorin Benedict, is heard on some tunes, inexplicably singing in what sounds like German. And the band plays mournfully underneath a heartfelt speech against the prison-industrial complex by onetime Angola inmate Robert King, but all he offers as a solution is the old Black Panther Party slogan “power to the people.” (HNIC Music)