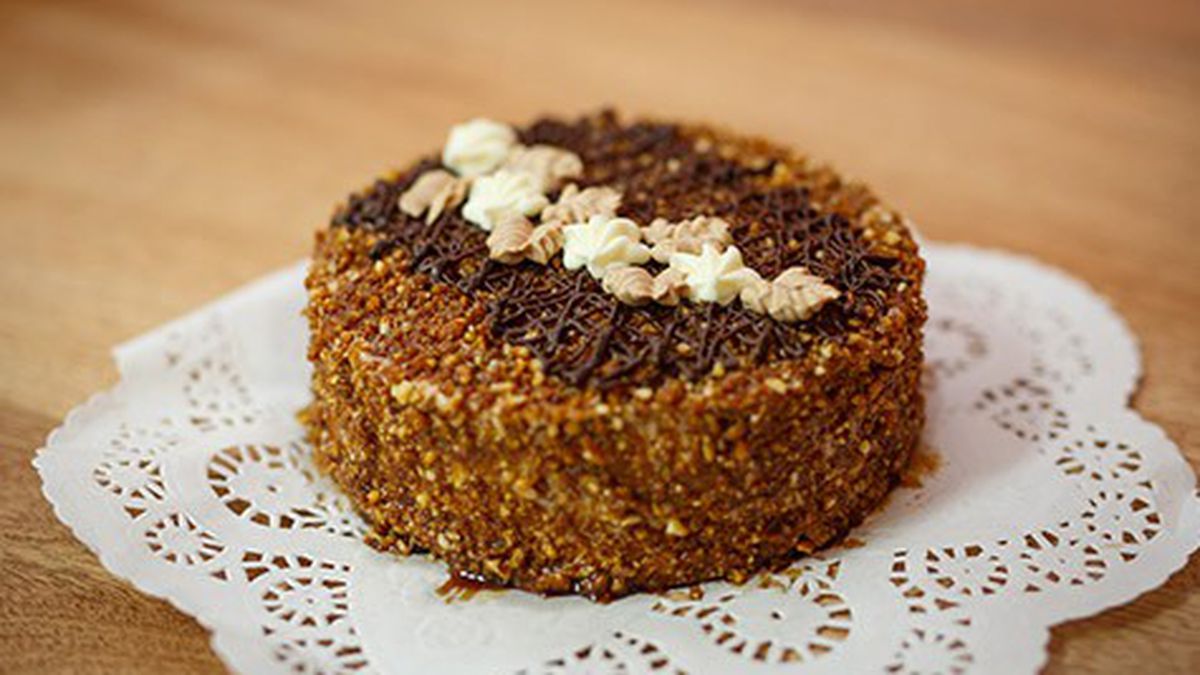 How the Kuciukai Crumbles at Mama Papa Lithuania Bakery

Alameda is now home to the only Lithuanian bakery on the West Coast. Plus, Juhu Beach Club expands to Hong Kong.

When Vaidas Sukys first opened Mama Papa Lithuania (1241 Park St.) in 2013, I wrote about how the quaint little restaurant in Alameda was the only Lithuanian restaurant on the entire West Coast — the only place I knew of in the Bay Area where a potato dumpling lover could throw back a couple of Svyturys lagers and munch on dark rye bread imported from a village in Lithuania.

Now, Sukys is once again on the cutting edge of the Bay Area’s Eastern European food scene: About a month ago, he opened Mama Papa Lithuania Bakery (1239 Park St.) — apparently the only full-fledged Lithuanian bakery on the West Coast — in a space formerly occupied by a barber shop, right next door to the restaurant.

Oh, you didn’t know Lithuanian baked goods were a thing? Sukys is more than happy to give a primer on the large selection of cakes and pastries that Danute Sukiene — the bakery’s namesake “mama” and, not coincidentally, Sukys’s real-life mother — cranks out each day.

The showstopper is a dessert that longtime patrons of the Mama Papa Lithuania restaurant know very well: the delicate, seven-layer honey cake known as medutis, which combines cake infused with the smoky sweetness of roasted honey with a tangy sour cream filling. As of Monday, the Mama Papa website boasted that 24,528 slices of the cake had been sold since the restaurant opened. But at the bakery, you can buy a whole cake — gorgeously decorated, and big enough to serve four to six — for a modest $20. I might just have to order one the next time my birthday rolls around.

But Mama Papa Lithuania Bakery sells all kinds of Old World treats you won’t find at any other bakery in the area — from recipes Sukiene mastered when she ran a bakery back in Lithuania. According to Sukys, the confection that catches the most eyes is something called a Boletus Mushroom, named after the mushroom species (aka the porcini) it bears a striking resemblance to — so much so, Sukys said, that customers often ask if it’s a real mushroom. These are big, iPhone 6-sized cookies made with honey dough, with “caps” that are coated with chocolate and “stems” coated with meringue. In Lithuania, these are a traditional festival treat.

“Kids would walk around, and instead of lollipops, they ate mushrooms,” Sukys said.

Meanwhile, Christmas is apparently a big deal in Lithuania, and perhaps you’re wondering if the only Lithuanian bakery in town is doing anything special for the holidays. You’re in luck: Starting this week, Sukys said, the bakery will sell the Christmas biscuits known as kuciukai for about $3 a container.

Each of these little pastries is about the size of an olive and is only lightly sweetened and flavored mainly with poppy seeds. Because consumption of dairy products is forbidden during Kucios, the traditional Lithuanian Christmas Eve dinner, the kuciukai are typically served floating in a kind of soup or “milk” made by soaking crushed poppy seeds.

You’ll have to make the poppy milk yourself. But for all your other Lithuanian pastry needs, all you need to do is head over to Alameda.

For fans of Juhu Beach Club (5179 Telegraph Ave., Oakland), Temescal’s hot pink purveyor of fragrant Indian curries and slider-like pavs, it will come as no surprise that the wildly popular restaurant would eventually open a second location — but in Hong Kong?

That was the news chef-owner Preeti Mistry dropped on Twitter late last week: not that she was pursuing the possibility of a future project, but that Juhu Beach Club’s location in Hong Kong’s trendy Soho district was already open for business — with nary an advance peep to the Bay Area’s food press corps. It might have been the most low-key global expansion of an East Bay brand in recent memory.

Of course, the restaurant’s Asian outpost has been in the works for several months. In an email, Mistry — who is in Hong Kong this week getting the new restaurant off the ground — said her business partner and wife Ann Nadeau, who travels to Hong Kong frequently for work, felt the city’s cosmopolitan character and vibrant dining scene would make it a great fit for Juhu Beach Club.

As for the menu for the Hong Kong location, Mistry said she plans to keep it fairly similar to the Oakland original, though she might tweak spice levels to account for local preferences. She’ll offer some of the Indian-Chinese dishes she’s had success with in Oakland (the sweet-and-sour “Manchurian Cauliflower,” for instance), but that won’t be a big emphasis, and she said she definitely doesn’t plan to water down her approach.

“It’s the Indian and California influence that is really exciting to the audience in Hong Kong,” Mistry said.