.How East Bay Tenants Get Displaced

The state's weak rent control laws and the lack of progressive policies in Oakland are allowing landlords to jack up rents and force working people out of their homes. 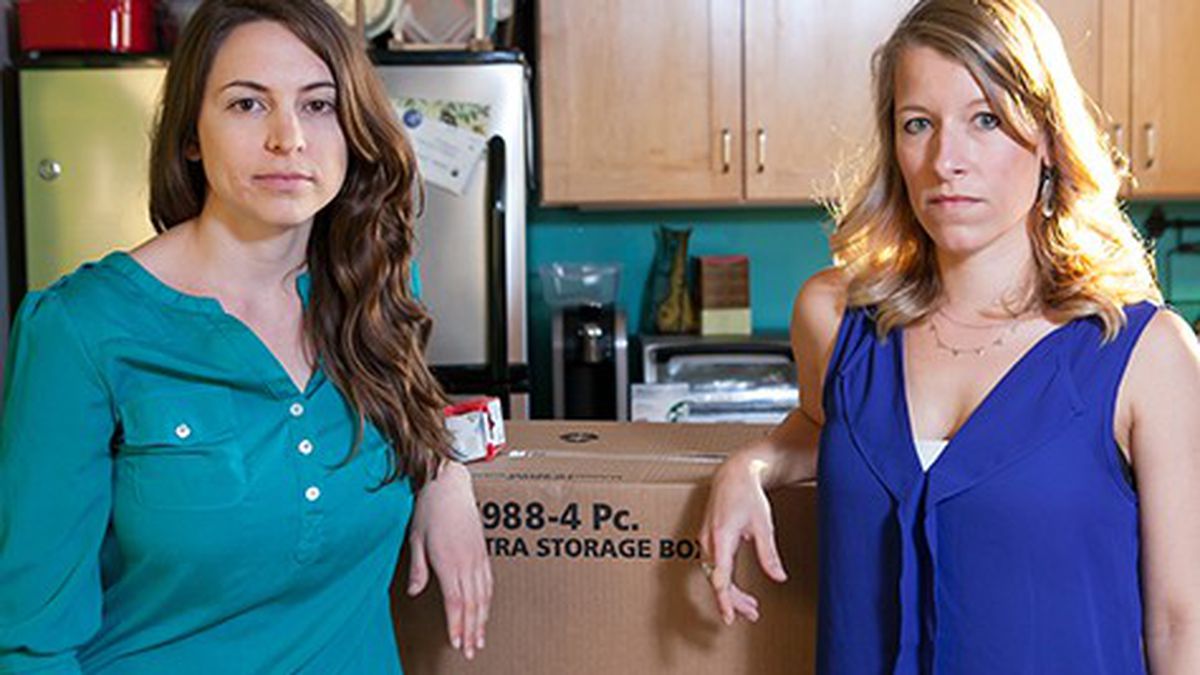 When Tony Zhang read the fine print of a letter his new landlord sent him last month, he was stunned. After real estate company Berkshire Group bought his 75-unit apartment building in Old Oakland in December, tenants suspected they might face rent increases — but the notice still shocked Zhang. His rent, currently $1,800 on a month-to-month lease, was going to jump by more than 40 percent to $2,555. Berkshire would also be billing tenants for many services that were previously covered in the rent, the letter stated. With added utility bills and a new $100 parking fee, Zhang’s monthly rent will soon increase by 50 percent — nearly $1,000 a month.

“A lot of us are working very hard trying to make ends meet,” he said. “We acknowledge the need for Berkshire to make money. … But if your profit is based on driving 75 people out of their homes, then I’d call that bad business.”

Unable to find anything else affordable in the area, Zhang decided to stay for now, but other residents of 901 Jefferson Street — some who are facing even more exorbitant increases than him — have already moved out or are now scrambling to find new housing.

Housing advocates said the controversy at 901 Jefferson sheds light on the consequences of California’s weak rent control laws and the need for stronger tenant protections in Oakland. Because 901 Jefferson was built in 2008, its tenants have no protections against rent increases. Oakland’s rent control law does not apply to any units built after 1983, meaning landlords of new buildings are free to increase rents as much as they want. At the state level, the Costa-Hawkins law not only prohibits rent control in newly constructed units, it also bans cities from updating their local cutoff dates — meaning Oakland is stuck with the 1983 rule.

As a result, a huge number of tenants in the city, like the residents of 901 Jefferson, are at risk of being priced out as demand for housing in Oakland continues to drive up rents. Of the roughly 92,000 total rental units in the city, about 32,000, or one-third, aren’t protected by rent control. And that number will soar in the next decade with the addition of new housing projects in the city.

That’s why activists say Oakland must do everything it can to increase the rights of unprotected tenants. And the need is urgent. From January 2014 to January 2015, the Bay Area had the fastest growing rental market of any metro area in the country — with a 15 percent jump in rents, according to real estate firm Zillow. In Oakland, rents increased 21 percent during that time. A recently released City of Oakland housing report said that 66 percent of low-income renters in the city spend more than 50 percent of their income on housing costs.

Berkshire Group — a Boston-based real estate investment firm that reported $5.7 billion in assets last fall — purchased 901 Jefferson from Oakland-based company Madison Park Financial Corporation for $24.7 million. In a first meeting with residents in January, representatives of Berkshire Communities, the property management arm of the company, told tenants that they would be raising rents anywhere from 10 to 50 percent, according to residents Andrea Frainier and Lena Setzermann. Those two tenants, who are roommates, helped form a tenants’ association last week.

At the January meeting, Berkshire also reportedly told tenants that apartments with lower rents — meaning residents who have been in the building the longest — would be seeing the highest increases and would be getting notices in a first round of hikes. Records, however, show that some increases have been higher than 50 percent, even without factoring in the new service fees.

In addition to Zhang’s notice, documents residents provided to me showed one tenant’s rent jumping from $2,200 to $3,515 and another from $1,950 to $3,075. In both those cases of nearly 60 percent increases (before utility fees), the company offered somewhat reduced increases if those tenants, who are currently on month-to-month leases, signed one-year leases. But they only had thirty days to decide. Activists said this was a clearly unethical way to work around state law that requires sixty days’ notice for rent increases greater than 10 percent.

Frainier said she has neighbors who have said they are moving to San Leandro and Sacramento because of the hikes. “People are leaving Oakland, because we can’t afford it,” she said. She and Setzermann have a one-year lease that expires this month, and the two recently decided to move out because the increases are too severe. “Obviously, none of us got 100 percent wage increases,” said Setzermann. “There’s no way for us to stay.”

Caroline Hernandez, who has lived at 901 Jefferson since 2012, said she and her boyfriend are now looking for apartments in Walnut Creek and San Leandro, because they can’t find anything comparable in Oakland. “I would love to stay if it was possible,” she said.

Mia Medcalf, a single mother who has lived in the building since 2011, said that moving is not an option for her family right now. She said she wished that Berkshire had at least been more transparent about its increases, as opposed to adding confusing new service fees. “The way they are doing it is very dishonest and leaves a lot of room for people to be even further taken advantage of.”

In the face of a potentially massive rent hike, Jonathan Grisham, a single father with a three-year-old daughter, moved to Alameda this month. “It’s just sad,” he said. “There’s absolutely no way that I would be able to afford [the increases] and they know that.”

When Madison Park Financial owned 901 Jefferson, it would typically raise rents anywhere from 3 to 7 percent a year, according to John Protopappas, the company’s president. He said he was disappointed to learn that the rate hikes under Berkshire have been so dramatic, noting that his office has been fielding calls from former 901 Jefferson tenants looking for affordable openings at other Madison buildings. “I hate to see people being displaced,” he said. “The increases need to be more moderate.”

Emily Watson, senior vice president for Berkshire Communities, defended the increases in a statement saying that when the company purchased 901 Jefferson, it considered rents at the building to be “substantially below market.” The statement added: “While we are in the process of moving rent levels toward those being achieved by comparable apartment communities in the area, we take our residents’ concerns around rent increases seriously and intend to take action to address their concerns and help ease this transition for everyone.”

Frainier and Setzermann recently launched a website, KeepOaktownAffordable.com, aimed at drawing attention to 901 Jefferson and pushing for broader policy changes in Oakland.

Reforming the state’s Costa-Hawkins law would require new legislation in Sacramento. But tenants’ rights activists argue that there are also progressive policies that Oakland could consider to discourage landlords from pursuing outrageous hikes. Dean Preston, executive director of Tenants Together, an advocacy group that helped 901 Jefferson residents organize, said cities like Oakland need to incentivize landlords to maintain reasonable rents. “This is not an isolated case, but it is an egregious one,” he added.

In Berkeley, activists are in the early stage of advocating for a so-called “windfall profits tax,” which would increase the business license tax for larger property owners and thus generate revenue that could be invested into affordable housing. “This money is being extracted from tenants for the benefit of people who own real estate, and it’s windfall profits,” explained Stephen Barton, former housing department director for the City of Berkeley, who is pushing for the windfall tax. “We’re going to take some of [the money] that’s being extracted from the community … and use it to mitigate some of the harms of the system.”

That kind of tax could be especially effective if it strategically targeted property owners seeking large profits through steep rent hikes, said Brendan Darrow, staff attorney and clinical supervisor with East Bay Community Law Center. “Landlords raising rents as quickly as possible would have to pay more.” He said Oakland should also consider developing an initiative similar to Berkeley’s Housing Retention Program, which provides limited monetary assistance to renters at risk of losing their home due to financial hardships.

Advocates said that Oakland should further consider developing an effective mediation process for rent disputes in properties that don’t have rent control. The City of Fremont, for example, has a “rent increase dispute resolution ordinance” that allows any tenant to contest an increase with the city. If the dispute is not informally resolved after a tenant complains, then tenants have a right to a mediation hearing, which a landlord must attend. If the landlord fails to show up, then the proposed rent increase is considered invalid.

May Lee, Fremont’s housing program manager, said this process can make a big difference in stopping unnecessarily large rent increases. In some cases, she said, “If not for the mediation, they might have been forced to move and be displaced.”