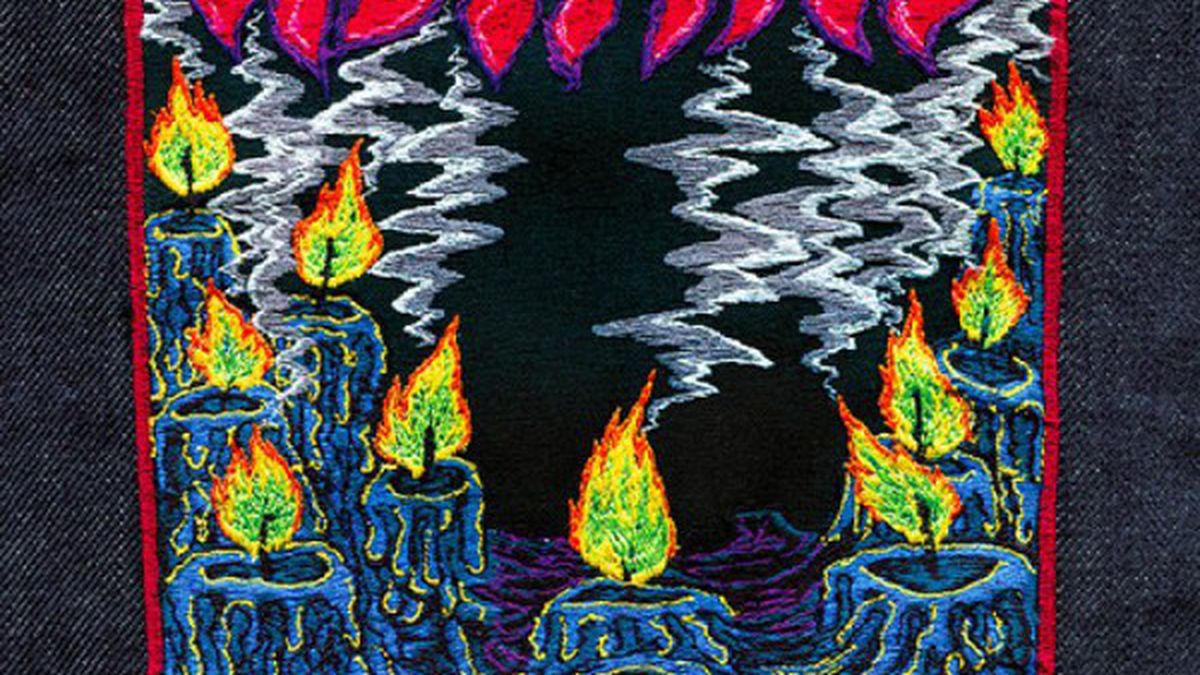 No Blood, No Sympathy

“Stoner rock” has become something of a dirty term. While the descriptor initially emerged to describe heavy, slow-burning, bluesy, psychedelic-leaning rock bands such as Kyuss, Fu Manchu, and much of the roster of San Francisco’s (long-defunct) Man’s Ruin label, it’s come to be synonymous with a tired, rote lineage of Black Sabbath and Led Zeppelin ripoffs. Thankfully, San Francisco’s Hornss dispenses with such associations. The band’s debut album, No Blood, No Symphony, still draws from many of the same sources of inspiration as its peers do, but it contains enough energy to make any stoner’s head explode.

Opener “The Red Death” sets the tone — it’s a churning, burning, fuzzy-riff monstrosity that will appeal to fans of Red Fang. That’s followed by the similarly driving “Troubled Rose,” whose lead riff is surprisingly catchy. At 35 minutes total, these 12 tracks are tightly focused and free of wankery. Still, the band does a good job of mixing things up stylistically: “Maker of the Moons” is the band’s version of Sleep’s “Dragonaut,” while “Graceless and Aged” is a full-on punk-rock thrasher. With song titles such as “Ejaculation of Serpents” and “Heir to the Pickle Throne,” the band clearly has a sense of humor, but it doesn’t detract from the gritty heaviness of “Below the Root” (which is reminiscent of early High on Fire) or the no-nonsense viciousness of closer “Vine Priest.”

Guitarist/vocalist Mike Moracha and bassist/vocalist Nick Nava come to this sound honestly — they played in the Palm Springs desert rock outfit Solarfeast in the Nineties — while drummer Bill Bowman adds explosive power to the mix. With doubled-up vocals, dirty production, and grooviness throughout, No Blood, No Symphony gives the stoner rock genre a whole lot of credibility back. (Riding Easy Records)