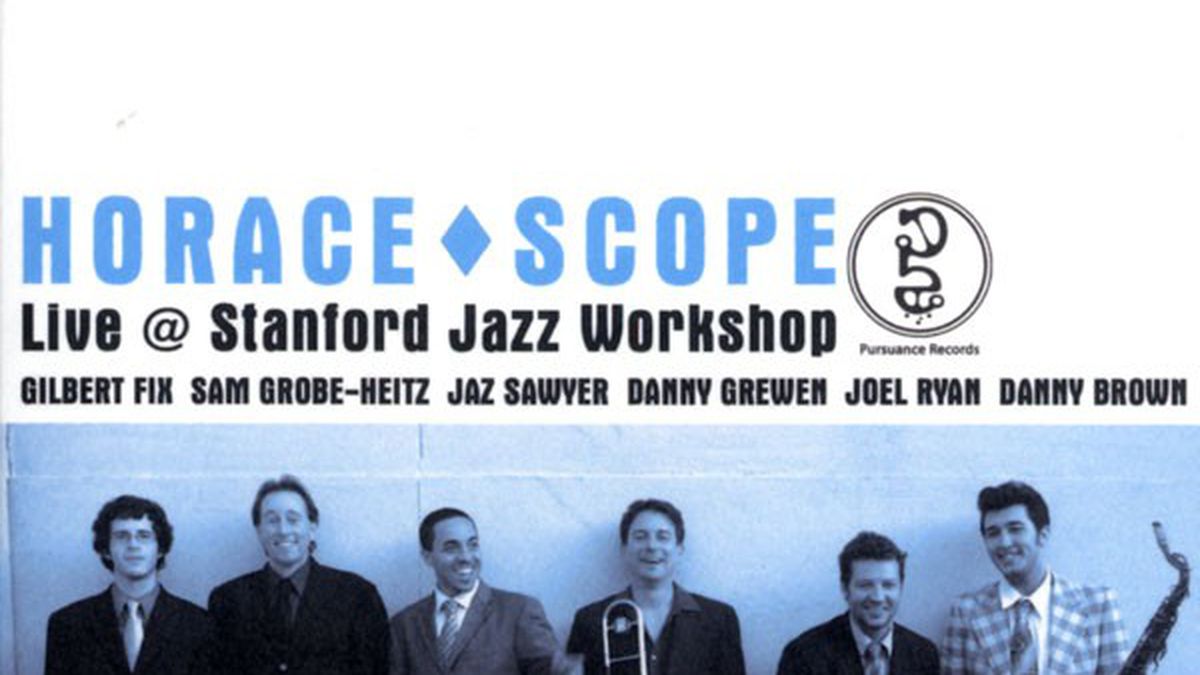 The members of Horace-Scope hark back to a day when musicians gave themselves names like “Bird,” “Monk,” and “Diz.” They wear suits, talk at a fast clip, and play standards from the hard bop tradition. Named for a 1965 Blue Note recording by the Horace Silver Quintet, this San Francisco-based group is mostly a genuflection. About half its material consists of Horace Silver tunes — and a couple other standards — all rearranged by the band members. The rest is original.

Horace-Scope’s new record, Live @ Stanford Jazz Workshop, documents a galvanic set that the six-man combo performed at Stanford Jazz Festival last July. They kick it off with “Blowin’ the Blues Away,” a hard, driving tune with syncopated rhythms that sound dangerously complex to the untrained ear. Though the members of Horace-Scope chafe at the term “tribute band,” their version of “Blowin'” is pretty faithful to the original 1959 recording. In this case, the challenge was to resuscitate an old track, rather than upgrade it. Tenor saxophonist Danny “Downtown” Brown and pianist Sam Grobe-Heitz both deliver on their solos, as does trumpeter Joel Ryan. “Mary Lou” kicks off with a few bars of raw traps from band leader Jaz Sawyer, leading into the famous head. “Opus de Funk” gives Grobe-Heitz a chance to show off his blues chops. In all, it’s a taut, fast-paced 61 minutes, well worth packaging and selling.