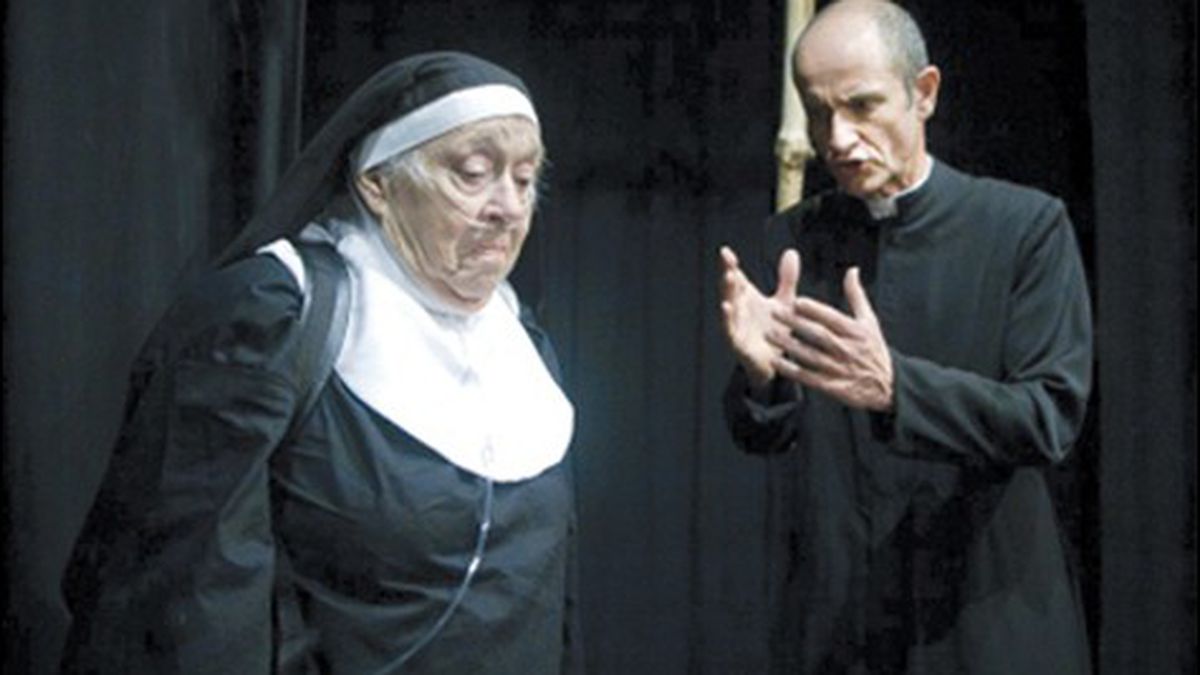 Hope and Doubt for Actors Ensemble

The small community group may cast a bid to stay in its current home.

For a community theater group run on sweat equity and a shoestring budget, Actors Ensemble of Berkeley has survived for a remarkably long time — more than fifty years, in fact. It started with a group of high-minded thespians who wanted to throw productions that were just a little to the left of what small companies were doing in the Fifties. Their early repertoire included works like Ionesco’s The Bald Soprano and Lord Byron’s Love Letter. That risk-taker sensibility prevailed well into the 2000s. Last year, Actors Ensemble mounted a particularly difficult production of Sarah Ruhl’s Passion Play, which few other small acting companies would attempt.

Much of Actors Ensemble’s longevity has depended on a sweet management deal with the City of Berkeley, which has granted the group its own home venue, the 143-seat Live Oak Theatre. Actors Ensemble has used the space rent-free since at least 1967, said acting president Jerome Solberg. Starting in 1978, the company had a written agreement with the city that deemed it the main proprietor of the space. Up until that year, the city had its own personnel to maintain the building, but after the passage of Proposition 13 it passed all management duties on to Actors Ensemble, citing budget cuts. The company would rent Live Oak Theater Theatre out to other groups for just enough money to recoup maintenance costs.

That contract expired sometime in the mid-Eighties, Solberg said, and since then the two parties have simply maintained “an understanding.” While the city could no longer afford to subsidize Actors Ensemble, it still allowed the group to use Live Oak for 32 weeks out of the year (meaning four plays, each with five weekends of performance and three weeks to build a set). Members of the company continued to take out the garbage, replace the lights, vacuum the seat covers, fix the curtains, keep a schedule of who else was using the venue, and prevent it from falling into disrepair. As far as they could tell, everything was copacetic.

That was until a couple weeks ago, when the city posted a Request for Proposal on its website, calling for “qualified for-profit or non-profit entities” that would be willing to take on the lease and management of Live Oak Theatre. Bidders would have to submit floor and marketing plans, in addition to a timetable for capital improvements. Among them: railing and stair improvements, flooring, a new roof, a paint job, carpeting, lighting fixtures, and extensive renovations to make Live Oak Theatre compliant with the Americans with Disabilities Act (ramps, handrails, slope grades, exterior doors, seating, an interior route to the restrooms, etc.). Solberg admits he was rather surprised when he read all the fine print. “It was quite different from our current proposal,” he said, adding that the city is really looking for a group with a full-time staff, and the wherewithal to do dramatic upgrades. Solberg casually started asking around for quotes on the accessibility improvements, and heard they could run upwards of $50,000.

That’s a lot for a volunteer-run theater company to handle. But Actors Ensemble might just be crazy enough to try it. At least, that’s what Solberg implied in a message he sent out to supporters earlier this week. It was, in essence, a plea for a benefactor. “What are we asking of you, friend of Actors Ensemble of Berkeley?” Solberg wrote in the last paragraph of the letter.  “Firstly, if you know a contractor with expertise in disability access and with reasonable rates, send them our way. Secondly, if you know someone on the City Council or on a City Commission related to Arts and/or Parks and Recreation, please mention the good work we do and your wish that we continue.” He thought that with enough support — financial, emotional, or otherwise — Actors Ensemble might get the ammo to back up its own proposal, due no later than 2 p.m. on December 13.

Margaret Gudmundsson, a 31-year company member who also serves as Live Oak’s rental manager, said the city is giving Actors Ensemble no credit for decades of hard work spent running the theater on a volunteer basis. “It seems to me they’re asking a lot for a group that’s made up of volunteers,” she indicated, adding that the actors would like things to remain as they are, albeit with “a more formalized agreement.” Gudmundsson said they have no problem fixing the ramps or making the bathrooms ADA-compliant, so long as the city pays for those renovations. From her perspective, that’s only fair.

Solberg has a somewhat more jaundiced view of the situation. He said that at this point, the company is soliciting community support because that’s really its only option — the actors have not yet reached the point of seeking out a new venue. Despite all the apprehension, Solberg ended his mass email on a sunny note: “Make plans before it passes you by to catch our Fall 2011 main stage production,” he wrote. The play’s title, however, seemed like a bad omen: Doubt.

Update: A previous version of this story mistakenly said that Actor’s Ensemble of Berkeley had a management contract with the city starting in 1967. The agreement was actually implemented in 1978. Also, we said the city provided money to cover expenses like curtains and lights. It did not.

Facebook
Twitter
Linkedin
Previous articleOakland Police to Jean Quan: Can’t We Take the Day Off, Too?
Next articleOngoing Coverage of the General Strike All Day Today
18,644FansLike
0FollowersFollow
67,429FollowersFollow