.Hooch for Your Pooch

The latest trend in pet beverages is hair of the dog ... for dogs. 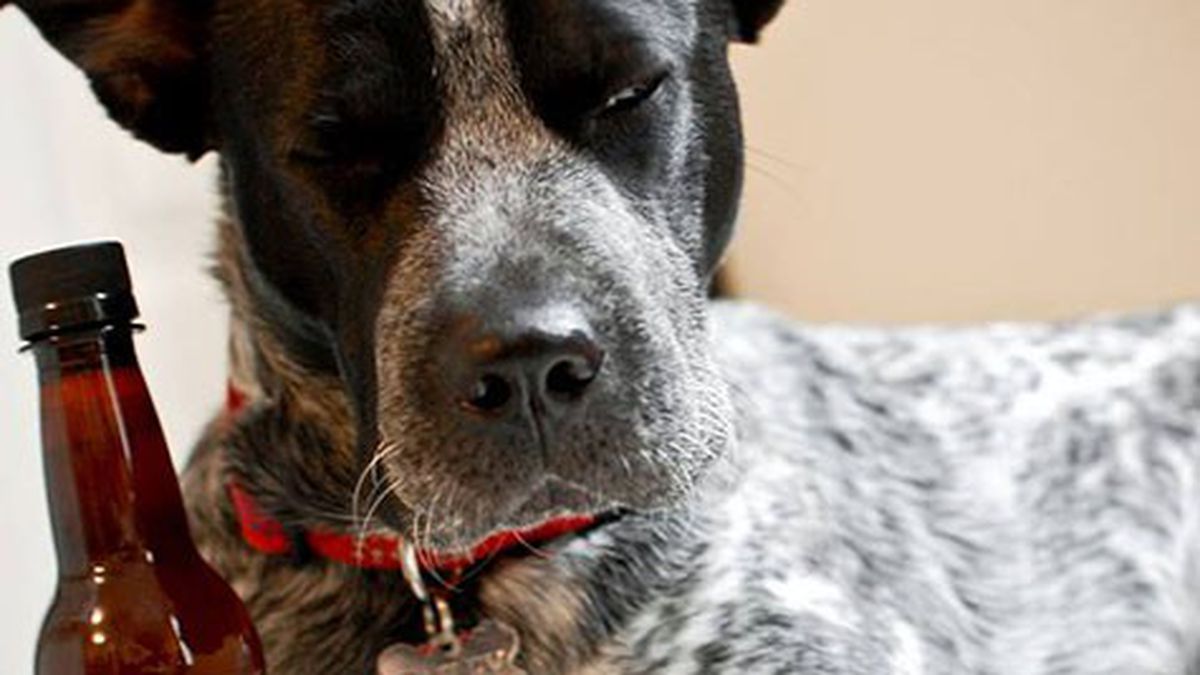 If you spent any time in World Market recently (and why wouldn’t you? It’s a wonderland of international enchantment!), you may have come across an item that left you scratching your head (or wagging your tail). I’m referring, naturally, to Bowser Beer, the world’s first beer for dogs.

The concept of a cold one for canines may seem counterintuitive (or downright dangerous) at first, because hops, alcohol, and carbonation are not safe for dogs to digest. But Bowser isn’t actually beer. It’s hops-, carbonation-, and booze-free, and is made from beef (or chicken) and sweet malt barley.

“We use real protein-rich meat in our made-from-scratch broth base, so we only do flavors where we can get the real deal. Sorry — no bacon flavor,” said founder Jenny Brown. “Malt barley has vitamin B and amino acids which are good for shiny coats. We also add some glucosamine for joint health. What we don’t add is salt, fat, or any artificial flavoring.”

The brew-haha of a beer for dogs came about in 2007 as Brown was entering a Trader Joe’s. “I had made a pretzel treat for dogs and thought, ‘What goes with pretzels better than beer?’ Making up a test batch in my kitchen, I debuted it at a Virginia pet expo and sold out before the show was over. A year later, I had my production and packing set up and started marketing it.”

Bowser, which is based in Seattle, has since taken off in a big way. It’s now sold in forty states, and, while no longer available at World Market (it was a seasonal special), Bowser can be purchased at many pet-related stores throughout the Bay Area. Brown, who said she loves the Bay Area because it’s so dog-friendly, said of the product’s success: “People either ‘get it’ or they don’t. But as dogs are included in more and more facets of our lives, more people are ‘getting it.’ I did not think that there would be so much opportunity outside of the traditional pet store venues, but have been amazed at all the businesses who think their customers’ pets are important.”

Pets are definitely essential to East Bay denizens. Many residents often refer to their pets as children and accessorize them lavishly. Where else can you get a vintage tourist T-shirt for your pup (available at Scutte); or a custom-made leather pet collar that matches human bracelets and belts (Paco Collars); or pet food flavors that rival the menus at fancy hotels (Merrick)? Our pet-obsessed culture explains part of the allure of novelty items like Bowser Beer. Our tendency to humanize our pets is a way to bond with them.

And because the bottle for Bowser is, well, pretty darn beer-like, the occasional human has been known to accidentally imbibe the brew. “We state that it is ‘For Dogs’ on our packaging, but sometimes people don’t read the labels,” said Brown. “I usually hear from women who’ve brought it home and reported that their husbands grabbed a bottle and drank. I think it’s a gender thing, reading labels.”

As you might suspect of a company that makes hooch for your pooch, Bowser’s website is very cheeky, and reflects Brown’s sense of humor. And though the dangers of getting one’s terrier tanked are well documented, in the past, people have expressed disappointment that Bowser doesn’t actually get your pets intoxicated. In its FAQ section, the website fields the question as such: “As far as getting your dog drunk (Really??), remember that someone needs to be the Designated Walker, and with your drinking history, it’d better be him.”

Despite the light-hearted tone, Brown cautions owners to keep their dogs off the (real) sauce. “Dogs are like toddlers — you have to supervise them and make sure your glass is not at their nose level,” Brown said. “I think a far greater danger is in the reaction they can have to hops and that most people are unaware of this. Home brewers and hoppy beers are popular now and as the dogs are hanging around with their owners, the danger of them ingesting some is very real.”

Beyond novelty, community involvement and support are central to Brown’s company, 3 Busy Dogs. “When a horrendous mudslide occurred last year, we sent cases of beer up to the search and rescue dogs,” said Brown. “The handlers loved being able to take the plastic bottles out to the debris field in their day packs. Many of the dogs were dehydrated from the intensive searching under hostile conditions so they loved having an alternative to water.”

3 Busy Dogs also helps service dog organizations, Brown noted. “We create custom labels as an option for our customers,” she said, “and came up with the idea to create an exclusive custom label for charities, which we offer on our website. It highlights the organization and they can market it to their base of support.”

Will it be long before another entrepren-brewer hops on the doggy beer wagon? Time will tell. Until then, remember to make sure your dogs drink responsibly.

Where to find booze for your boozehound