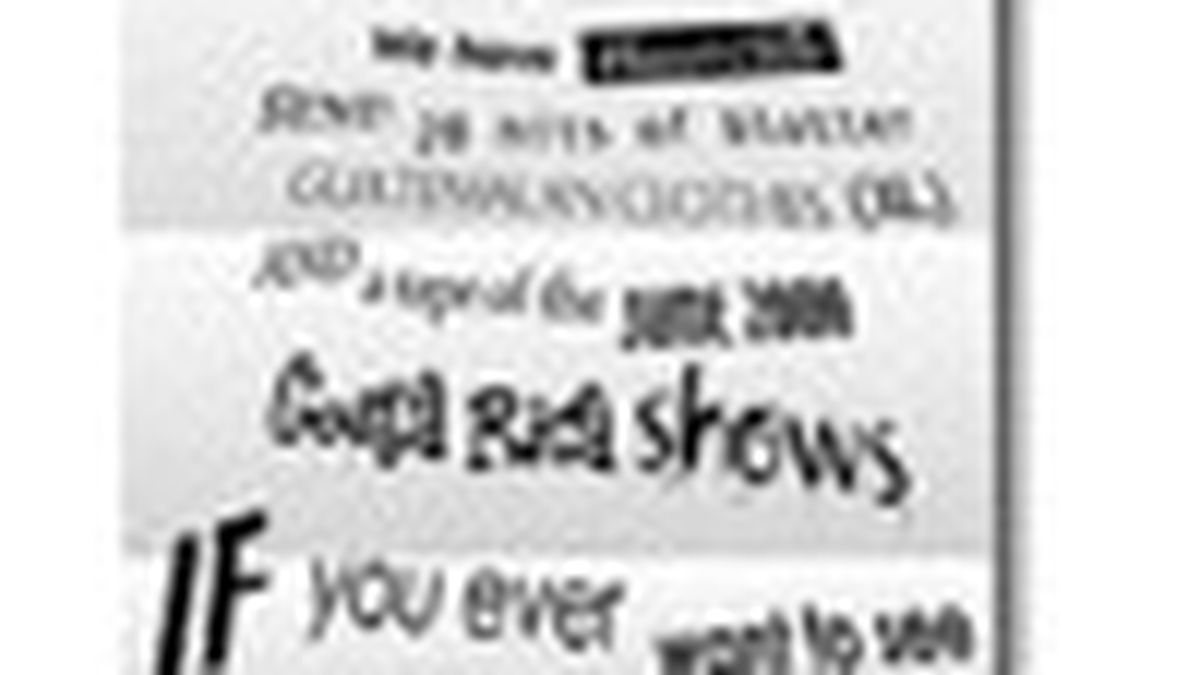 It seems Planet Clair has been kidnapped by jam-band enthusiasts irate over last week’s column. If you recognize the style of any of the messages excerpted below with typos, please inform us at once. We can’t have her missing any more of her deadlines.

Are you trying to make social commentary or just bitch? I think it’s more the later.

You’re clearly showing your dismay with fans who attend shows intoxicated or on drugs, but there are also some paragraphs that seem to make fun of those people who choose to attend shows sober. I guess you have a problem with anyone who attends a Widespread Panic or other “jam band” show. — M.R.

Btw, Jim Morrison was a real poet to a lot of people.

Wow. You really must have worked hard in school to achieve a degree in journalism. Wait, maybe your degree isn’t in journalism after all. — T.N.

I’m amazed that they pay you money to right one-sided articles … It’s not enough to stereotype each band you mention and throw in your lopsided two cents about it. You then go on to insult the entire jam band scene, the music they output, and every member of their fan base by assuming (remember what happens when you assume things, Katy?) that anyone who likes these bands or attends these concerts are spun out on drugs. Listen, I’m not trying to insult you.

Have a nice day and please, do more research so you are not embarrassing yourself. — E.L.

Your piece on “jam bands” (whatever that means … ) was heavily biased. … Everything was going so well — you keeping your OBVIOUS bias in check for awhile until the end when … “Maybe the band doesn’t want to call attention to the fact that a WSP fan died at a show in Alabama after taking Ecstasy, or that an underground task force calling itself Operation Don’t Panic made more than two hundred drug and alcohol related arrests at the same show. Jam bands are a cesspool of vice and despair, and that’s just their musical output. Badum-bump. But anyone who can sit through their offal with a clear head deserves everyone’s esteem.”

What a horrible way to finish the piece!! Your final paragraph should restate and reenforce the main thrust of what you wrote, not throw in one last sucker punch.

I personally like to see multiple Widespread Panic shows throughout the year. Do I condone illegal drug use? No! Do I support the Pelham, AL crackdown at this year’s past spring shows? You got it! There has been a bad element that has attached itself to the Widespread Panic fanbase. … I feel, personally, that it’s better to get this element away from such caring and all around decent GENTLEMEN.

It’s journalists like you that give the impression that every single person who listens to a “jam band” is a drunken hippie whacked out on acid or some other illegal drug. I don’t have long hair or drive a VW minibus. I don’t take drugs to enjoy a concert. — M.F.

I really feel sorry for you! I am a professional counselor, and am in my thirties. I resent your mocking of certain groups and fans! You sound like you have a lot of anger. Any personal reasons as to why you chose to rag on kids who are trying to enjoy music naturally? … Do you know that music and dancing release a lot of tension and create a spiritually content soul? Or don’t you remember what it was like as a child, before you developed all of those inhibitions, as we as adults do. … I have been seeing Widespread Panic since 1990. I enjoy their music. I also saw the Dead many times. I enjoy their music, almost as a religion. … I guess you are representative of the typical media portraying only one side of the story. Do you know how many articles brought up the WSP shows in Alabama — drugs, drugs, drugs. How about crystal-meth users at Iron Maidon? Lets compare the last two “Woodstock” events in the late ’90s to the Bonaroo Festival this past June! This past June, there were no fires of destruction, displays of aggression and hostility, or sexual harassment/rape of women. … Let me tell you about the drugs and the heavy whiskey drinking going on at the heavy-metal shows. Oh — and the anger! … Please do me a favor, don’t judge anyone because everyone is a hypocrite! You don’t have to be high to fly — just listen to the music! — A.H.

You make it sound like a spectacle if someone is at a show drunk and having fun; God forbid if they put substances into their own body. There’s some pretty horrible generalizations in there too. The opening “joke” is as old as dirt, and some people may try to physically harm you for the Jim Morrison comment. … The line that really made me upset enough to write was “Jam bands are a cesspool of vice and despair, and that’s just their musical output.” What are you a writer? Are you trying to further your career by condemning others? It scares me that there are people like you out there. … You like the String Cheese Incident, don’t you? — J.B.