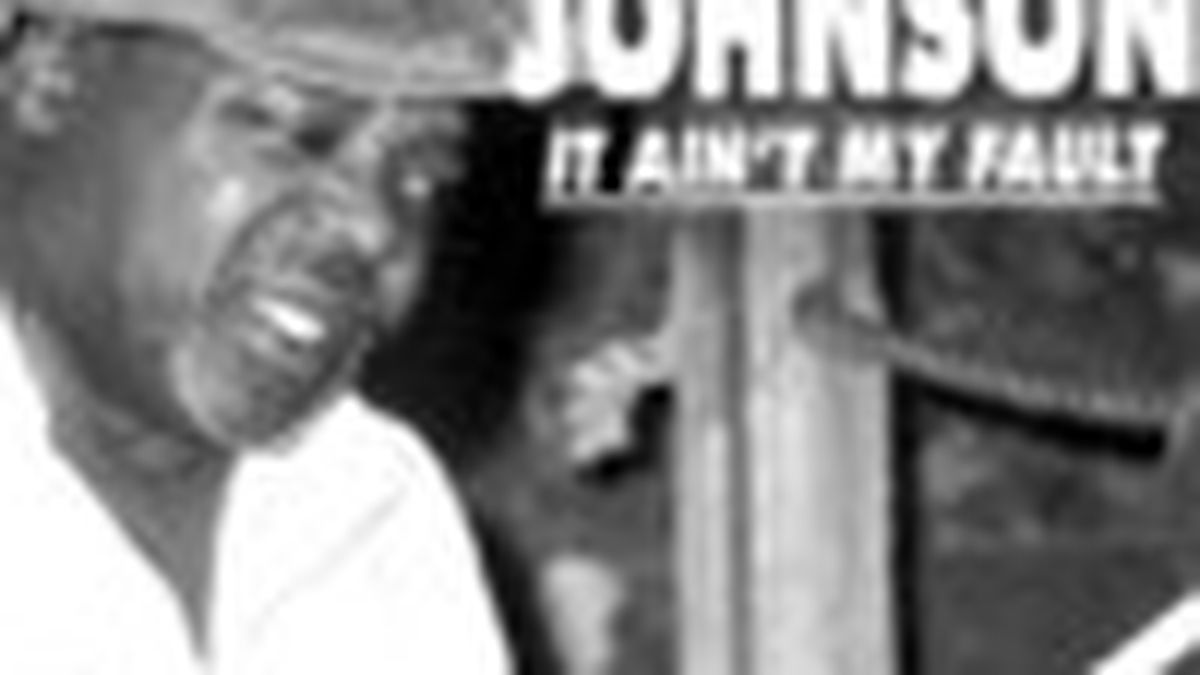 Just as catfish, prawns, and jambalaya are emblematic of Creole cooking, snappy syncopated fills and nuances are the signature sound of New Orleans stick men. Smokey Johnson’s trademark is that choppy, hot popcorn style, and his energy and passion heat up each of these cuts. “I Can’t Help It” is a sizzling monster of call and response solos in a Mardi Gras mambo; “Soul Power” and “You Got What I Want” are drum- and bass-heavy tracks produced by none other than the Cajun funk king Eddie Bo. Johnson’s recordings helped give birth to the New Orleans funk and acid jazz sound, and are a far more interesting listen than the current funk reissues swamping the stores. The selections bounce from heavyweight funk to jazz instrumentals with such ease that it’s instantly clear that these cats didn’t just play this sound, they created it. –Sean Sullivan

In 1988, Belgian techno terrorists Praga Khan and Oliver Adams enlisted overly endowed singer Nikkie Van Lierop for a one-off single entitled “I Sit on Acid.” The song melded metal guitar, uncompromising techno beats, and Lierop’s sex-kittenish chant, “Darling come here, fuck me up the… .” The tune became a club smash, especially in the US, where it spiced up flicks like Harvey Keitel’s Bad Lieutenant and Sharon Stone’s Sliver, and made Lords of Acid a viable commercial entity. Khan put together a band to tour behind “I Sit on Acid,” replacing the formula of sex and drugs and rock ‘n’ roll with sex, sex, and more sex. Lust, the followup album that included “I Sit on Acid” as well as “Rough Sex” and “Spank My Booty,” remains a strong seller to this day. It’s hard to mix humor and perversion without sounding heavy-handed or adolescent, and the band’s next record, Voodoo-U, was a bit formulaic. Thankfully, Farstucker is a return to form, a disc that balances guitars, club beats, and off-the-wall humor with another round of, er … tongue-in-cheek vocals, this time by Deborah Ostrenga, another well-endowed model turned pop star. “Scrood Bi U” is a slutty rip of the Stooges’ “Now I Wanna Be Your Dog,” “Rover Take Over” is a funky ode to doggy-style sex, while “Glad I’m Not God” adds a bit of blasphemy to the mix. There’s plenty of high-NRG kicks and good dirty fun here, for those so inclined. –j. poet

Shuggie Otis Inspiration Information (Luaka Bop)
Critics went gaga over Shuggie Otis in 1968 when the then-fourteen-year-old son of R&B legend Johnny Otis turned up playing absolutely brilliant blues guitar on his dad’s low-budget Cold Shot album. Young African Americans weren’t even supposed to like blues, let alone play it with such original flair, and Columbia quickly signed him to its Epic subsidiary. Shuggie had moved beyond the blues by the time his fourth and final album was released in 1975, and few then knew what to make of it. Critics and artists are going gaga over Inspiration Information 26 years later, however, and Erykah Badu reportedly has offered to be his opening act if only he’ll agree to end his reclusive existence and go on tour. Reissued by Luaka Bop with four additional tracks–including Shuggie’s original version of “Strawberry Letter 23,” which the Brothers Johnson later turned into a smash–the disc shows him to have fallen heavily under the spell of fellow Epic artist Sly Stone in the way he created psychedelic soul soundscapes through overdubbing. Shuggie’s tenor voice is thin but warmly inviting, his picking is consistently inventive, and his tunes radiate a melodic and rhythmic vitality that sounds remarkably fresh today. –Lee Hildebrand

Denver Women’s Chorus Where I Live
Written in 1999 as a commission for the Denver Women’s Chorus, Where I Live, Diane Benjamin’s 35-minute oratorio about breast cancer, alternates seven choral movements with six passages for solo narrator. Drawn primarily from writings by women with breast cancer, the profound text reflects the many dimensions of the disease, with sections devoted to diagnosis, caregiving, healing, and corporate complicity. Benjamin addresses the physical, emotional, and political realities of the disease without hitting anyone over the head. Written for women’s community choruses, the slow-paced oratorio places only modest demands upon singers and instrumental accompanists. The gentle music feels most accomplished in its tender lyrical passages, whose heartfelt sweetness and beauty is like a healing balm. The performance, alas, does not adequately communicate Benjamin’s achievement. The opening soloist’s voice is less-than pleasant, and the higher-scored choral passages expose unsteadiness. The distracting tendency to intersperse exaggerated consonants with unclear enunciation is also in evidence. Nonetheless, the disc, whose sale supports several Colorado breast cancer organizations, touches the heart. It is available for $15 (plus $3 shipping and handling) from Denver Women’s Chorus, P. O. Box 2638, Denver, CO 80202 (www.denverwomenschorus.org). –Jason Serinus