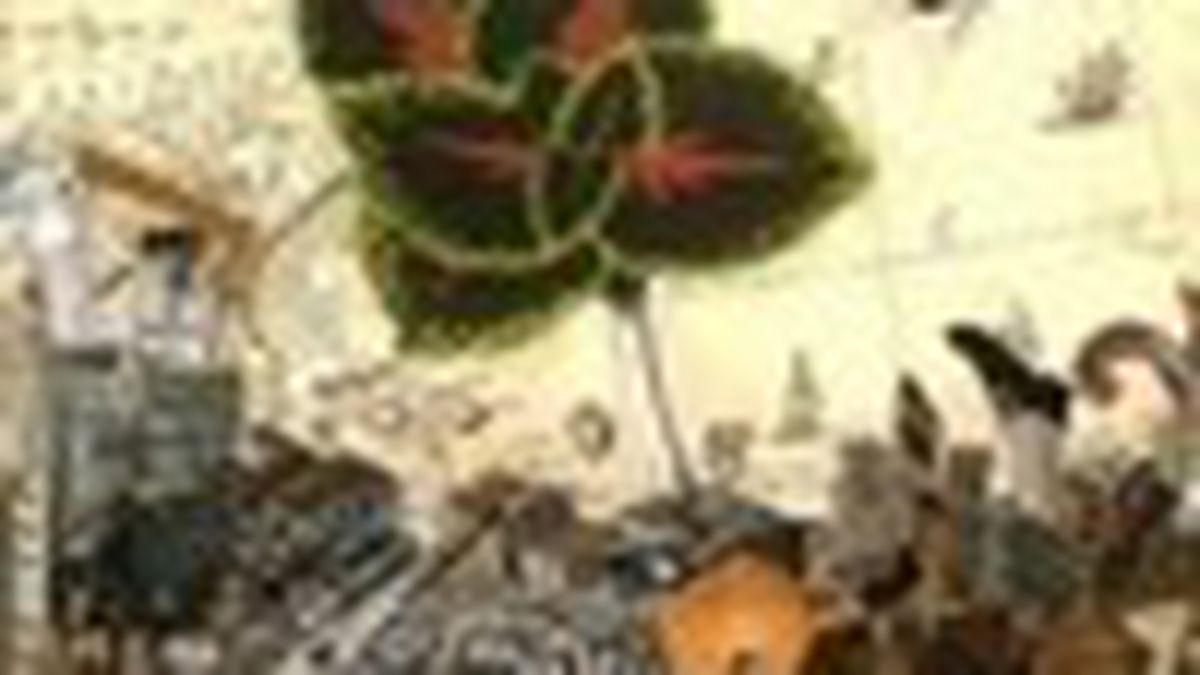 Most hip-hop fans don’t know that they’ve been nodding heads to David Axelrod for the past five or so years. Dr. Dre, DJ Shadow, Lauryn Hill, and others have used samples or interpreted bits from the hardy, 68-year-old South Central-LA-based composer’s ’60s-era back catalogue, and with good reason: The guy simply made irresistibly tough and graceful modern urban music. With this eponymous album for the downtempo label Mo’Wax, Axelrod resurfaces with all the growl and grit of his youth intact. Most of the album finds him arranging new scores over funk-rock rhythm tracks originally made for rock group the Electric Prunes in 1968, and the results are startlingly uncrowded three-minute orchestral jazz-pop confections. From the city-hardened rumbling of “Jimmy T” to the redemptive tones of “Fantasy for Ralph,” the Axe sound runs uncompromised: Bass-heavy R&B rhythms, horn- and string-section stabs, and vocal choirs collide over fat drum beats in open live-room production, bringing the spiritual and the street together in a way rarely heard today. The two beatless new works that open and close Axelrod are even more revelatory; LA rapper Ras Kass brings Mephistophelian spoken-word darkness to the opening “Little Children” (a cautionary on the “auctioning of the future generations”), while Lou Rawls voices “Loved Boy,” Axe’s goose-bump-raising tribute to his late, drug-addicted son. For unself-conscious aural metropolitan drama — the kind that makes hip-hop producers’ jaws drop — few do it like Axelrod.
—Ron Nachmann

The Cuts
The Cuts
Rocknroll Blitzkrieg

The debut album from the Cuts sounds like the kinda gem you’d dust off down in your dad’s basement, a relic from his younger days when the old man fell for impossible girls and spent his weekends mixing LSD and rock ‘n’ roll. The Cuts’ wild sonic tantrums and lust-scorched commands to “Get Rid of Him” are so soaked in Nuggets history it’s hard to believe they weren’t conceived in the same fertile musical ground that produced bands like the Sonics and ? and the Mysterians. The truth, though, is that the Cuts are a local group of twentysomethings taking their turn at blending old-school, psychedelic garage with ’70s NYC proto-punk noise (a couple songs are so Television it’s crazy) — but these guys make the blend seamless. The guitars come off cheap and messy; the vocals are amped, snotty, and slightly distorted; the keyboards whiz around like some woozy Dennis Hopper drug sequence, and the rhythms switch between jangling so loosely they’re gonna slip right out of your speakers and getting wound so tight they’re gonna snap. Between the Cuts amazing live shows (expect to sweat) and this stellar debut, it’s a serious crime that these guys don’t have more of a buzz around town — maybe it’s because The Cuts is currently only available on vinyl. These arty garage revivalists are an excellent reason to both keep the faith in the local rock scene and to use your turn-tables more often.
—Jennifer Maerz

Already world-renowned for his Hendrix-like extreme DJ skills (which include scratching broken vinyl, lighting fires, and tearing shit up all around), DJ Swamp also gets props for his continuing series of break records, not to mention his status as Beck’s man on the tables. He took the US DMC championship in ’96, and unquestionably stole the show at the finals in San Francisco this past August, even though he wasn’t competing. He’s also collaborated with a crazy assortment of musicians, including RL Burnside, Kool Keith, and even Hanson. As if that’s not enough, he also gets busy on the mike. Needless to say, his live performances are legendary, but how does it translate to an LP?

Never Is Now starts off strong with “Ring of Fire,” an intense romp set to punchy snares and furious staccato guitar riffs. Punctuated with razor-sharp cuts and bizarre vocal samples, Swamp’s pyromaniacal lyrics fit the track like an oily rag in a Molotov cocktail. He’s not the best rapper in the world, but he sets it off nicely, flexing a no-nonsense rhyme style somewhere between Ice-T, Kid Rock, and Sir Mix-A-Lot. He also gets into the storytelling vibe on “Malakai,” a twisted tale about a being kidnapped by some random gun-toting guys who hires him to DJ a secret party.

“Worship the Robots” is on the futuristic tip, with spazzy synthetics and a Speak-N-Spell/MC Hawkings voice effect. It’s pretty funny, although the replay factor isn’t really there. The straight-up, scratch-filled instrumentals are fresh throughout, especially the chaotic “Feed the Hands That Bite You,” the booty-bass style “Disintegrator,” and “Halo of Static,” which comes off like the soundtrack to a mental hospital on Mars.

Swamp is one of the most eccentric and talented figures in the DJ scene today, and Never Is Now reflects his diverse tastes and influences. Hardcore rock licks, electro grooves, 808 beats, weirdo effects, and sick turntable wizardry all combine for an insane sonic stew that demands your attention from start to finish. Many people will be overwhelmed by the sheer wildness of his sound, but for those who can handle it, you’re in for a treat.
—Brolin Winning

The baby boomers have basically accepted rock as all they will ever need, which means that jazz is now kept alive by people who are either survivors in the Darwinian world of contemporary promotion or else so into the music that they have to play it for spiritual survival. Corporate-backed jazz is all too easy to find, but keeping up with the more vital stuff takes some doing. Here are three recent titles worth checking out. Rumba Club is a nonet with a unique approach to Latin music. Without sacrificing the insistent drive that endears the idiom to dancers, they convincingly incorporate the cool voicings associated with the Gil Evans school along with some big-league soloing. Radio Mundo moves between jazz compositions, Latin dance classics, standards, and originals that reflect this variety. Think of a dish that’s got a subtle combination of spices but plenty of heat.

Besides a salubrious shortage of dot-com industry, the city of Portland boasts a healthy jazz scene, of which multi-instrumentalist Tim Jensen’s debut CD is indicative. Though the eight assisting musicians have an impressive combined track record, the only name likely to ring a bell with Bay Area listeners is saxophonist Rob Scheps. The level of soloing is high, Jensen’s writing is quirky and satisfying, and the mix of instrumental settings is remarkably effective. (Contact: mitnesnej @aol.com.)

Tardo Hammer is a pianist who bucks the current trend of emulating Bill Evans, leading off Somethin’ Special with “John’s Abbey” by the great Bud Powell, chief inspiration for the previous generation of pianists. Hammer does a good job with the extroverted approach to improvisation that Powellites employ, but he’s also an impressive composer. Originals like “Divertimento” reflect a mature distillation of other influences like Herbie Nichols and George Wallington. Special, indeed.
—Duck Baker

Rick Steves: “When alcohol was finally legalized, no one was saying,...