.Have Two Ex-Chemists Unlocked the Secret to Delicious, Fuss-Free Ramen?

Emeryville's about to find out when Shiba Ramen opens this fall. 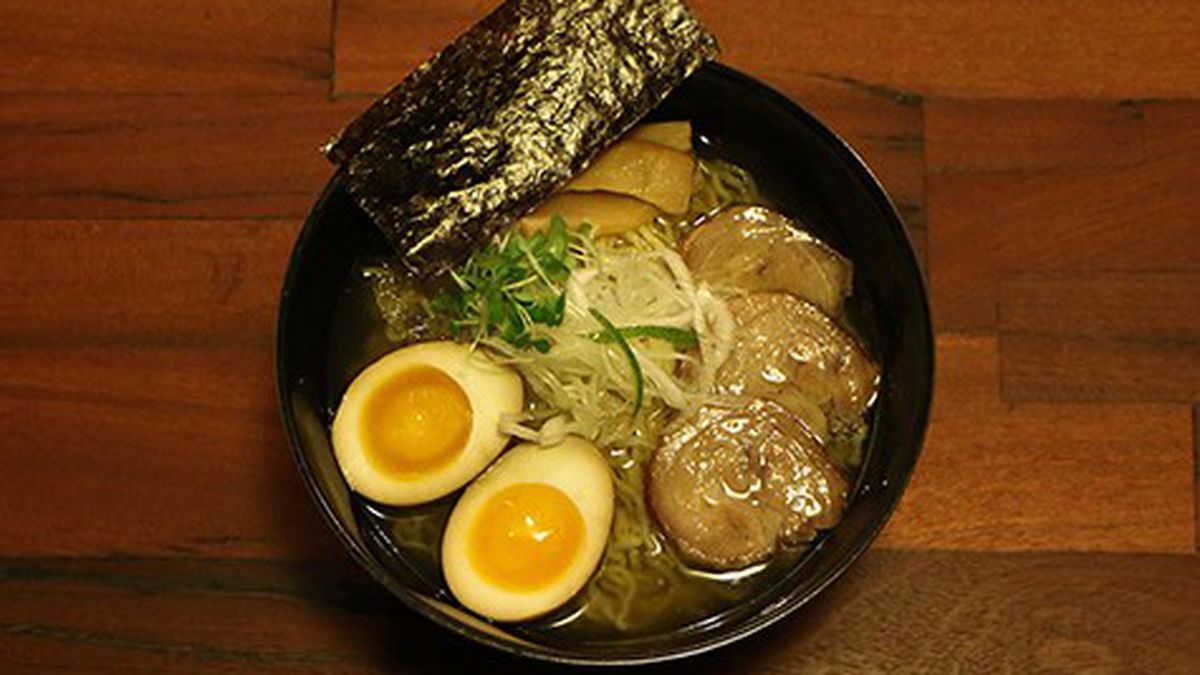 Have two ex-chemists unlocked the secret to serving delicious, fuss-free ramen in the East Bay? Dedicated noodle-slurpers will have a chance to decide for themselves when Shiba Ramen, a fast-casual ramen shop that aspires to be authentically Japanese, opens in Emeryville this fall.

The Ph.D-certified brains behind the project are Jake Freed and Hiroko Nakamura, a husband-and-wife team of former chemists who are making their first inroads into the restaurant business. They’ve signed the lease on a space in Emeryville — they’ll reveal the exact location when the deal is finalized.

For Freed, the key to a satisfying ramen experience is to follow the example of noodle shops in Japan — not just in terms of the quality of their ramen, but also their informality and relatively low price point. In an interview, Freed said that he and Nakamura have been somewhat disappointed in the East Bay’s ramen scene, which, despite its growing trendiness, boasts only a small handful of higher-quality places — and all of those tend to have long lines and high prices. On Ramen Chemistry — the blog he created to document the process of opening Shiba Ramen — Freed writes that the Japanese view ramen, essentially, as fast food, but with none of the term’s pejorative connotations. Simply put, it is “food that is fast to get, and fast to eat.”

“In Japan, [ramen] doesn’t cost $15 a bowl plus toppings, and you don’t have to wait for an hour or two to eat it,” Freed said.

In that respect, Freed and Nakamura aim to bring what they view as a more authentically Japanese ramen-eating experience to the East Bay. At Shiba Ramen, the soup stocks and tares will be made in the traditional Japanese manner (i.e., labor- and time-intensive), but the prices will be relatively low, and there won’t be table service or tipping. While the restaurant won’t go quite to the extent of having customers place orders via a ticket-dispensing vending machine, as is the custom at many ramen shops in Japan, Freed said he wants to eliminate the inefficiencies of typical American-style restaurant service. The idea is that customers would be able to sit down to a piping-hot bowl in a matter of minutes. At the end of the meal, instead of waiting around for the check, they could just walk away.

That said, Freed doesn’t want the restaurant to feel so Japanese that it alienates newcomers to ramen culture, so the menu will use terminology that is accessible to the average American diner who might not know his shio from his tonkotsu.

Having completed a ten-day stint at a ramen school in Japan’s Chiba Prefecture in the fall, and having spent much of the past year fine-tuning her recipes, Nakamura will be Shiba Ramen’s chef and will run the restaurant’s day-to-day operations. To start out, she’ll offer about five kinds of ramen, plus a short list of signature side dishes — the goal being to offer items that aren’t commonly available in the Bay Area, Freed said. As for the ramen itself, Freed and Nakamura are still whittling down their list, but likely contenders include a miso ramen, a spicy ramen, a vegetarian ramen, a chintan-style (clear broth) ramen, and perhaps one with a creamy, chicken-based broth that should appeal to fans of the famously rich tonkotsu style.

According to Freed, who is currently a practicing attorney, making ramen isn’t so different from chemistry — you just have to “know the right ingredients and the right proportions and have a sense of process and quality control when you put them together.” You get a sense of that measured, scientific approach on Freed’s blog, RamenChemistry.com, which he hopes will serve as a practical guide for anyone interested in starting a new business (ramen-related or otherwise). Topics covered include a four-part series on the chemistry of umami and a post about branding in which Freed explains how he and Nakamura settled on the Shiba Ramen name. (In short, they have two beloved pet Shiba Inus, and, despite being an iconic Japanese image, Shibas aren’t currently used to market much of anything in the United States.)

Shiba Ramen is slated to open in September. But first, Freed and Nakamura are heading off on a quick trip to Japan, where they’ll eat a ton of ramen and get a closer look at how the noodle shops they admire operate. It sounds like the best kind of research trip.