.Hatch Gallery Gets the Boot

When Hatch Gallery first opened its doors on 23rd Street seven years ago, Oakland Art Murmur had just begun. These days, as the popularity of the First Fridays street festival makes clear, nightlife is booming in Uptown. The impact on art galleries, however, has been questionable, and next week, the local art scene will lose one of its first members. Hatch Gallery, located at 492 23rd Street, will have its last show on Friday after the landlord, Mardikian Enterprises, decided it had other plans for the site.

“It’s pretty shocking. I didn’t process it immediately,” said gallery owner Adam Hatch, who said he received a short letter in January from property manager Robin Levitt, informing him that the company was “terminating [his] tenancy.”

Hatch made the news public in a post on his website, where the homepage now reads “EVICTED!”

Hatch writes, in part: “I am being evicted from the gallery, apparently my rent is too low, or someone wants to do something there. Who knows! Either way, I was given extremely short notice, and as a result had to cancel a lot of shows and do some mental gymnastics as to how everything will be alright.” 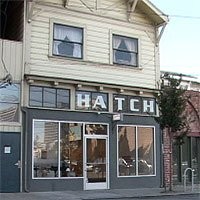 The Hatch Gallery building is owned by Haig Mardikian, who made headlines in 2012 when his son John Mardikian took over a nearby property on Telegraph Avenue, one that previously housed coffee shop/art gallery Mama Buzz and is now home to the Telegraph beer garden. Levitt, the property manager of Mardikian Enterprises, did not give Hatch any details about the owner’s future plans for the site, beyond his short letter, which stated: “We appreciate all the years of your tenancy and involvement with the Telegraph/23rd Street community. But at this juncture we have other plans for your space there, which involve some long term work.”

When I called last week, Mardikian Enterprises office manager Betty Rodriguez told me that the property managers were out of town and unavailable for comment. She noted that Hatch has been on a month-to-month lease and that the owner wants to do something different with the space. “We’re not evicting him, in the sense that he’s not being evicted for any wrongdoing,” she said, adding, “That place has had no improvements for a long, long time.”

Rodriguez said there are no concrete plans at this time about who might take over the space. “Basically, we are going to go in there and clean up.”

Hatch has until March 10 to vacate the building — and he said he plans to go out with a bang, with a final exhibition and party beginning this First Friday and continuing into the weekend. He is calling the group show Down the Hatch, and it will feature the works of various artists he had planned to showcase in the space this year.

“I definitely want to have a good showing and a little bit of a cathartic good-bye,” he said, adding that he plans to focus on his other Oakland venue, the Starline Social Club, which is located on Martin Luther King Jr. Way. He said he recently signed a long-term lease there and hopes to formally launch the space as a mixed-use venue, with some sort of gallery component, this summer.

Mardikian’s decision to kick him out, with very little explanation of his plans for the space, was surprising, said Hatch. “It’s like the equivalent of being broken up with on Facebook. It came out of the blue. … I would really like to know what’s going on. It’s not like I’m not going to find out.” He said it might be easier to accept the decision if he knew the owner’s motives. “It’s been a big part of my life.”

Packing up the place in recent weeks has been depressing, he added. “Sifting through all that history … it’s emotional. 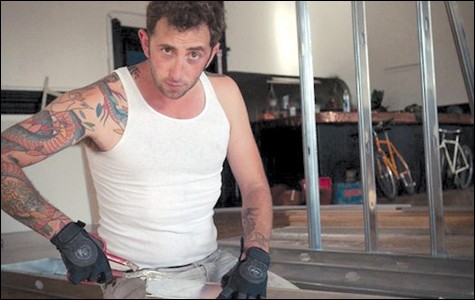 Hatch noted that tensions around gentrification in Uptown have existed for years as the neighborhood has transformed into a vibrant arts district. “It’s not the same Oakland where I started my gallery,” he said, adding that artists are often considered the “arrow of gentrification. They go in and pierce the neighborhood.”

In this way, he joked, “Now I’ve gentrified myself out.”

You can read the property manager’s full letter and Hatch’s announcement on the gallery’s website.