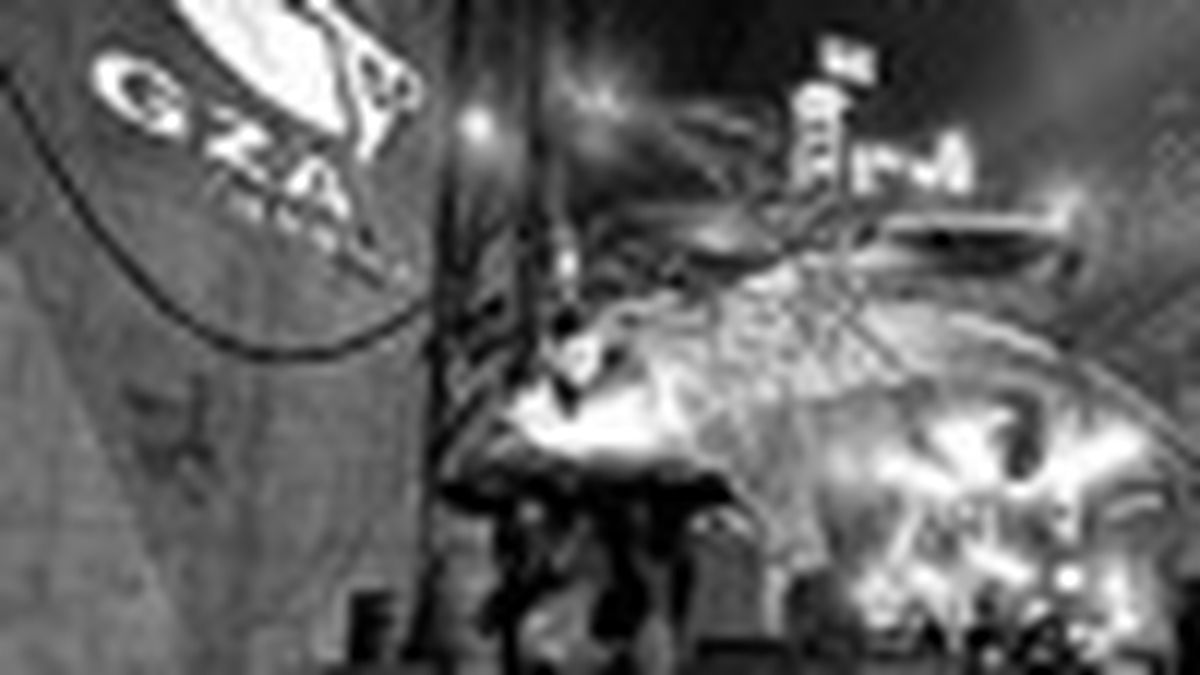 Legend of the Liquid Sword

One of hip-hop’s most respected lyricists, the Wu-Tang Clan’s GZA (aka the Genius) is best known for his 1995 solo album Liquid Swords. A certified classic and regular on many fans’ “favorite records ever” lists, it established his rep as a super-MC, on a par with legends like Rakim and Illmatic-era Nas. But seven years is a long time in the ever-fickle rap game, and after an uneven follow up (1999’s Beneath the Surface), and two more commercially disappointing (but still solid) Wu-Tang LPs, his status is not quite as untouchable today.

Until now. So far, 2002 has seen several artists attempting to reclaim the glory from earlier hits to varying degrees of success (Stillmatic, Return of the Regulator). Now it’s GZA’s turn. After a brief spoken intro from his son, the album kicks off with “Auto Bio,” breaking down his early days on the mic, set to tinkling keys and triumphant string loops. He revisits the rhyme scheme of “Labels” on two joints, both of which are highlights of the record. “Fame” has been floating around for a while, a slick, piano-laced number that cleverly namedrops dozens of celebrity names while still telling a story. The Bink-produced “Animal Planet” is ridiculously nice, sporting soul-drenched strings, buttery female vocal clips, and shimmering chimes. A surefire hip-hop quotable from start to finish, this track flexes more animals than the San Diego Zoo, comparing the jungle to the streets. Also hot is “Luminol,” produced by DJ Muggs, a vividly disturbing, spine-tingling tale about a psycho killer terrorizing a small town.

Though the hip-hop world has changed dramatically since ’95, one thing remains the same — GZA’s command of the microphone. His lyrical swashbuckling is in full effect here, and even the most cynical heads can’t front. While the rest of the Wu massive have remained relatively quiet this year, Legend of the Liquid Sword stands as a heroic return for one of its leaders. Welcome back.