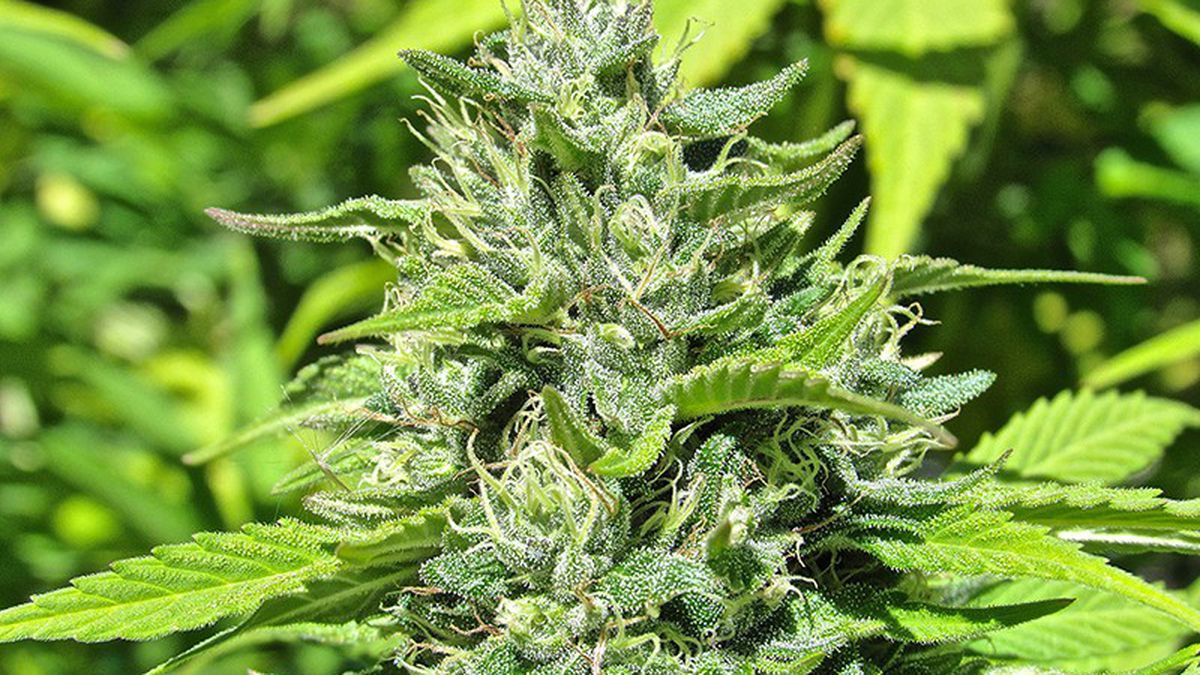 Growing My Own Marijuana … and Saying Good-Bye to Legalization Nation

My first harvest came in — and it was a doozy.

Myself and three other patients collectively grew, dried, and cured nearly two pounds of DJ Short’s Azure Haze medical cannabis in the Sebastopol sun. For weeks this October while the bud dried, my friend’s entire house reeked of dank blueberries.

But now, all of it is trimmed and sealed into jars for the winter. The copious trichomes twinkle in the light, and it smokes pretty potent — with a THC percentage likely in the mid-teens. “Get it tested,” everyone says.

All across California, a great harvest is in. In America’s pot-cultivation heartland, barns are full of tons of Gorilla Glue, shipping containers brim with drying Cookies, and sheds are packed with OG Kush.

Marijuana is an annual weed that flowers in the fall, and this year Californians pulled down a record harvest thanks to ample sun, hot days, little rain, and a historically mild law-enforcement climate.

“There was just a shot of rain in October,” he said, but “we mostly fought off the mold.”

Le Clair is a large-scale, black-market grower on 67 acres, with a past life in bartending. He’s taking on the tough, expensive new local and state medical-cannabis licensing process this winter to go legitimate. He’s also helping about thirty others in his watershed do the same, under the Salmon Creek brand name.

This year, Salmon Creek went heavier on its trademark “Humboldt Blue Diesel” — a phenotype of Black Candy, he said. “We got everything in this year before the rain. We ran out of drying space — that was a good thing. We haven’t done that before. We’re going to have a great harvest. Everything looks good,” he explained.

But with the statewide bumper crop comes another year of historic price slides and record deals for patients.

“When I first got here, we got $6,000 a pound,” Le Clair said of yesterday’s wholesale prices. “It’s gone down steadily almost every year for twenty years, since Proposition 215.”

This year, bulk “outdoor is getting creamed,” he said. However, prices are holding for higher-quality plants grown in greenhouses and forcibly flowered. A pound of so-called “light dep” is at $1,400 this year — but still down from $2,200 two years ago.

As for my crop, we started our little grow with seeds obtained at The Emerald Cup in Santa Rosa from legendary breeder DJ Short himself. We germinated ten of them on May 22 in wet paper towels and nursed them under cool, bright LED lights and the afternoon sun. By harvest, they would be seven feet-tall and just as wide.

Two select females ended up in the ground in the North Bay in July, at a friend’s dad’s house. A true collective, he traded us garden space for growing knowledge, and we all chipped in labor and supplies. Each of us ended up with an eight-month stock of medicine.

On the eve of the Proposition 64 vote, our harvest illustrates a point: fears of cannabis’ imminent corporatization defy reality. Our squad barely tried, and we grew silly amounts of weed. The cost for seeds, soil, sunlight, water, and nutrients was relatively miniscule.

California’s medical-pot defenses — which Prop. 64 doesn’t touch — have enshrined home-growing in the world’s seventh largest economy. In the Bay Area, you often can’t give homegrown away there’s so much of it.

Weed prevailed over the federal government in a forty-year war. It can handle the likes of Peter Thiel’s investment team, or Richard Branson.

Whether or not Prop. 64 passes, cannabis regulation is happening. Medical regulations and licensing are already biting down hard. Should we go ahead and delete several marijuana crimes and allow for re-sentencing and record expungement next Tuesday? Definitely.

The most recent Public Policy Institute of California poll puts those in favor of Prop. 64 at 55 percent. If it passes, adults 21-and-over could start growing six plants legally at 12:01 a.m. on Wednesday, November 9. Imagine the harvest and the low prices in 2017.

This column was founded six years ago on the premise that cannabis-law reform would become mainstream. It’s happened.

But here’s the big insight: Legalization is not a binary, yes-or-no proposition that’s decided on a day. Legalization is a process. A messy one, decided by whoever shows up. And it can work either way. Just ask Montana patients: They watched all their dispensaries close in 2016. The price of freedom will always be eternal vigilance.

Perhaps fittingly, this is the final Legalization Nation. Thanks for reading my reporting. Send me an email at
[email protected] to follow me to my next gig. Vigilantly yours, DD.