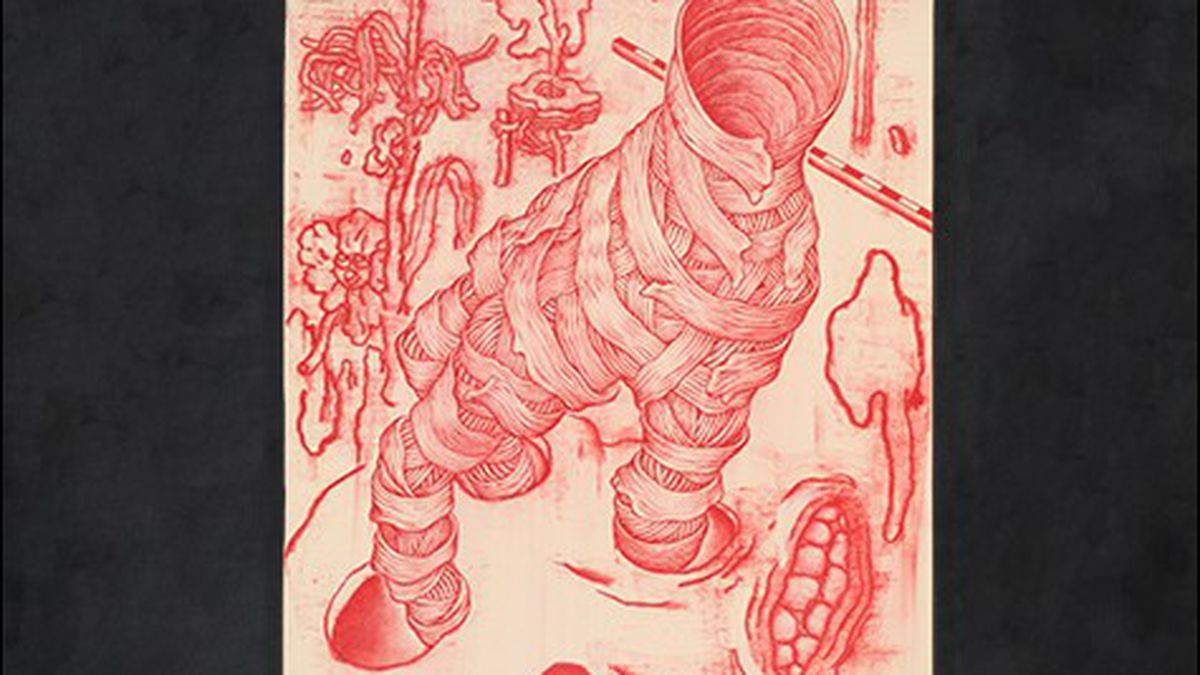 SuperAwesome: Art and Giant Robot at the Oakland Museum of California celebrates Asian-American art through the legacy of Giant Robot.

The first issue of Giant Robot came out in Los Angeles in 1994. The pasted, photocopied, and stapled ‘zine was created by Eric Nakamura and Martin Wong, who started the publication in order to explore their interest in Asian pop culture. Gradually, the punk-minded DIY effort grew until it became a full-color glossy with a large fan base of its own. By celebrating all facets of Asian and Asian-American pop culture, the magazine tapped into an artistic community that unabashedly gained its inspiration from cartoons, comics, and toys, with an aesthetic that discarded distinctions between “highbrow” and “lowbrow” art.

Although Giant Robot ceased printing in 2011, Nakamura has kept its culture alive in galleries, stores, and exhibits such as SuperAwesome: Art and Giant Robot, which is now on view at the Oakland Museum of California (1000 Oak St., Oakland). The show features an incredible collection of artists that represent the legacy of Giant Robot, from early joiners like David Choe to later additions like James Jean. The work includes site-specific murals by Choe and Andrew Hem, an enchanting installation by Kozyndan, iconic sculptures by Luke Chueh, and intricate oil paintings by Masakatsu Sashie. One of the show’s most delightful pieces is “Five Movements for Little Guys,” a series of watercolor panels by Rob Sato that pulls inspiration from anime, real life, ethnic costume, and fantasy to fill out scenes of tiny, detailed figures walking through sublime landscapes. Like Sato’s paintings, many of the works in the show draw the viewer into elaborately detailed worlds that coalesce a range of cross-cultural influences.

Beyond featuring the art of Giant Robot, SuperAwesome is packed with ephemera — figurines, skateboards, ‘zines, sketchbooks — that flesh out the lifestyle behind the magazine and the cultural allusions behind the works. One corner of the show features a ‘zine-making workshop, while another features revamped retro videogame consoles. Embedded throughout are subtle comments on the identity politics of being Asian American. The exhibit partly challenges the Asian nerd stereotype by highlighting the punk-rock ethos that underlies Asian-American artistic culture in California.

In an interview, Nakamura said the exhibit also celebrates the fact that a lot of the associations and subject matter that were once thought of as weird or nerdy have now entered the mainstream as cool. Nakamura and Wong catalyzed that transition with Giant Robot by highlighting work that appealed to them without the assurance that others would appreciate it. “Basically, everyone here has got this DIY in them, and that’s the punk rock aspect,” said Nakamura. “It comes from just being marginalized and not being taken seriously…. ‘How can I get what I want done with no money because no one’s supporting me?’ That’s how we started.”

SuperAwesome manifests the exciting space that Giant Robot carved out of the art sphere for the Asian-American aesthetic — that playful synthesis of East Asian influences and American upbringing that California is uniquely positioned to cultivate.