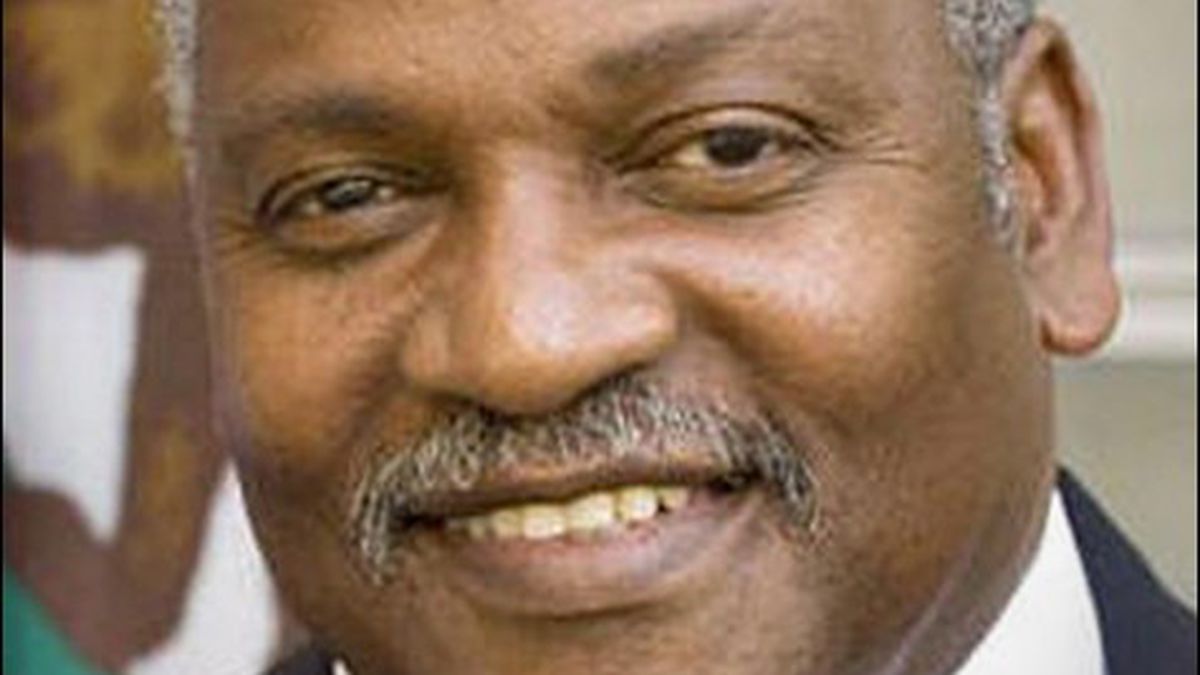 Sandré Swanson may be betting his political future on the proposition that the second half of the mayor's tenure will go better than the first. But what if it doesn't?

In November, when the City of Oakland announced that it had hired longtime East Bay politician Sandré Swanson to be the city’s deputy mayor, it may have come as a surprise to many. After all, the former state assemblyman, who was term-limited out at the end of last year, didn’t necessarily need to prove his bona fides: In addition to his tenure in the assembly, he had served as chief of staff to Congresswoman Barbara Lee and policy advisor to then-Congressman Ron Dellums; after he dropped an initial bid to contest state Senator Loni Hancock’s seat in the November election, Hancock publicly announced that she would endorse him to succeed her in 2016 — which, if history is any precedent, will make him tough to beat.

By contrast, the city — and the mayor — for whom Swanson is now working are facing a seemingly Sisyphean set of challenges, including but not limited to a crime rate that recently saw a six-year high; a police force that’s staffed at roughly three-quarters of what experts argue it should be; an economy that — while it appears to have rebounded slightly from the Great Recession — has still failed to reach its potential; and a governor that has eliminated redevelopment, once a crucial part of Oakland’s budget. The mayor, meanwhile, has garnered low approval ratings, with only 21 percent of surveyed Oakland voters saying that she was doing an excellent or good job in an April 2012 poll.

But Swanson has been a friend, ally, and admirer of the mayor — as well as a public servant — for decades, and the way he tells it, taking the job of deputy mayor was a no-brainer. “I support the mayor; I think she’s very hardworking,” he said in a recent interview. “I think that Oakland deserves the best shot at trying to get these problems resolved.” In addition, he said, “Service has been so much a part of my life that when I spoke with the mayor about joining her, I was very comfortable saying ‘yes.'”

Swanson will have a number of tasks in his capacity as deputy mayor. “My first priority, obviously, is to help her implement her goals, develop new ones, and improve the quality of life for the people in the City of Oakland.” Further, a big part of his job will be “working to make sure the work the mayor is doing gets communicated in a way where people can appreciate the fact that, in my opinion, I think we have one of the hardest-working mayors Oakland has had. I think she’s been doing a lot of things — a lot of good things — and I think it’s okay for people to know about it.”

Less than two months into the job, Swanson has made a point of showing up at community meetings and other City Hall events; he said he discussed the city’s crime strategy at a recent Sequoia Heights Neighborhood Association meeting and intends to make more appearances at similar events.

In many ways, this makes sense: Swanson is, by all accounts, a charismatic person; the mayor, on the other hand, has historically had some trouble communicating her ideas and her accomplishments to the public. Swanson also is highly qualified for the job; his résumé is more impressive than Quan’s, and he likely would have had no difficulty landing other positions — in or out of government — if he had wanted.

But in so closely aligning himself with a public figure who has proven to be polarizing, Swanson also may be taking a political risk: He told the Express that he’s committed to serving the mayor through the rest of her four-year term, after which, and depending on whether Quan runs for and wins reelection, he’ll decide whether to officially announce his candidacy for the state senate. If, after all, he becomes a public face of the Quan administration and the mayor continues to be unpopular, how will that bode for his senate bid?

Robert Smith, a professor of political science at San Francisco State University, for one, doesn’t necessarily think Swanson has much to worry about. “Unless he does something egregiously incompetent, I don’t know that he can’t make the case that ‘I was willing to sacrifice, and I did the best I could, and I’d like to continue serving the public.'”

But a lot can happen in two years, and if Swanson truly does continue to put himself between Quan and the public on civic issues — especially contentious, personal ones like crime — some voters may be unwilling to forgive and forget in 2016.

“I’m just here to be here for the mayor in the best way that I can,” he said.

The Express’ Endorsements So Far