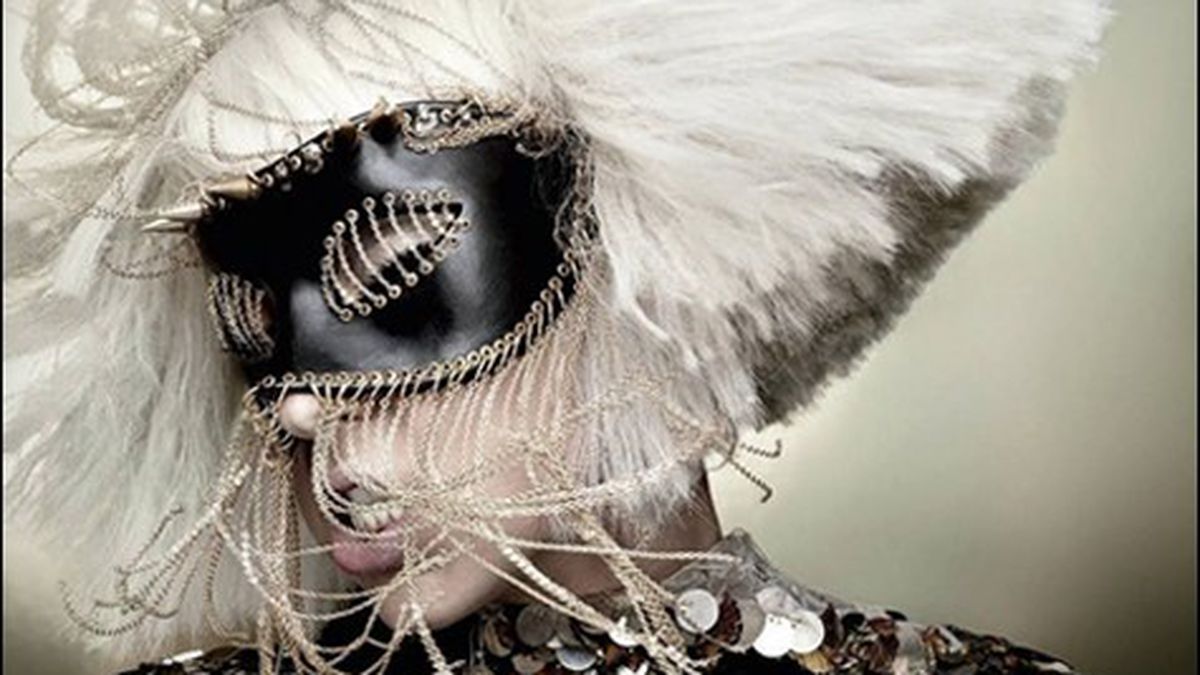 According to his Twitter account, Oakland City Attorney John Russo was at the Oracle Arena last Wednesday for the Oakland leg of Lady Gaga‘s marathon Monster Ball Tour. And so, apparently, was everyone else in the universe: Sixteen-year-olds in impossibly large and unwieldy groups, the beanpole girls tottering in fishnets and sparkly platforms and acid-green wigs and the boys masking their excitement only slightly better; drunk thirtysomethings declaring the irony of their attendance a little too loudly and a little too often to be taken seriously; middle-aged gay couples who quietly sipped their beer until the lights went down and smoke billowed out in front of a screen-lit silhouette. Then they stamped their feet and throatily cheered along with all 15,000 or so other little monsters, because this was Gaga, so puuuut your paws in the aiiiiir.

Mother Monster took the stage around nine, sporting titanium-yellow hair and a translucent plastic dress with well-placed white Xs and huge, angular shoulders, like some post-nuclear acid-trip mashup of a nun crossed with a nurse. In other words, it was, from the very beginning, exactly what you’d expect from a Lady Gaga show. If there’s anything the former Stefanie Germanotta knows, it’s how to give an audience what it wants, and the Oracle show hit every mark.

At one point, she was drenched in what was meant to be blood, writhing around in a studded bikini, commanding all of us to show her our teeth. At another, she implored the audience to “get [their] dicks out” (though, sadly, few people seemed to interpret the order literally). At another, she lit her piano on fire. At yet another, she interrupted the music to call an audience member on his cell phone and discuss mystery novels; the whole thing, apparently, raised money for charity through a partnership with Virgin Mobile. She gleefully plumbed Like a Virgin-era Madonna at several junctures, spent an entire song wearing a bra that showered huge orange sparks, and at one point speculated blasphemously about Jesus Christ’s sexual orientation.

By the end of the show, she’d gone through at least eight costume changes and employed fire, sparklers, smoke, and countless other pyrotechnics (literal and figurative) on a post-apocalyptic circus stage of a set, backed by a small army of backup dancers as she ran through a long setlist of songs old and new, all arranged more or less the way we’ve all already heard them, of course — the better to sing along to. Indeed, the whole show was entirely choreographed, down to the faux-spontaneous stage banter. But in this context, that speaks less to laziness or unoriginality than to professionalism and good planning. At this scale after all, a less coordinated show could feel sloppy. This, however, was nothing less than a supremely well-organized spectacle of the Gaga-patented variety: totally fucking weird, yet simultaneously as adherent as anyone to the pop-concert formula. After all, the nurse outfit was almost entirely see-through, only slightly odder and more angular than something you might find in porn or on Katy Perry, one of the lesser pop artists to whom Gaga (and her fans) so proudly proclaim her superiority. The cell-phone stunt was, still, a stunt, corporate-sponsored and calculated as all hell. And “born this way,” a phrase she must’ve repeated at least fifteen times throughout the course of the night, is also conveniently the name of her new single.

As for the aforementioned stage banter, she may have stopped the music to engage in it, but the substance itself smacked of formula and indulgence — lots of heartfelt discussion of being bullied, believing in your dreams, etc., in addition, of course, to the I’m-so-grateful-for-my-fans refrain and the we-are-all-superstars theme. Take out the profanity (and, perhaps, the heavy-handed pro-gay proselytizing), and this could’ve been an exceptionally high-energy episode of Dr. Phil. You don’t need to be a cynic — or even particularly perceptive — to see the machinations at work here. Gaga is a brilliant musician and an even more brilliant businesswoman. She’s the consummate post-millennial pop star, a super-celebrity who’s been lab-constructed out of pop iconography and focus-group approved eccentricity, and, like, radioactive Madonna spare parts. She’s ready-made for the age of Us Weekly and YouTube and viral everything, because she knows not just how to give people the music they want but the package to go with it. As a musician, a live performer, and a persona, she’s a spectacularly derivative stimulation derby, as relentlessly hooky and over-stimulating as her music. She repackages it bigger and better than anyone, freebasing pop tropes and reveling in a kind of subversion that is, ultimately, not too subversive. At least, it’s not too subversive for a fifteen-year old, or a sixty-something married couple, or the city attorney and his family. It’s fucking genius, and the audience at the Oracle ate it up.

That said, though: her voice is overwhelmingly clear and strong — almost better than it is recorded — when she’s not screaming, and the banter is remarkably funny when not doused in earnestness. It’s easy to draw a connection between that relentless gay-empowerment schtick and a business model that depends heavily on a gay audience, but let’s not forget that there are much easier ways to get rich and famous than to advocate for gay rights. Somewhere under the hair and the costumes and the cornball banter and the whole Gaga-Industrial Complex, she’s the real deal. It’s telling that she saved two of her biggest songs, “Bad Romance” and “Born This Way,” for the encore. It was a foregone conclusion: Of course the little monsters would want more, and of course she would give it to them, looking every bit like the biggest pop star in the world (self-proclaimed outsider or not), all awash in lights and effects and glitter and grease, ten thousand-plus people screaming and crying along. Welcome to the monster ball.

Best Place to Take the Kids

Is Oakland Really Going to Cut Pot Taxes This Time?