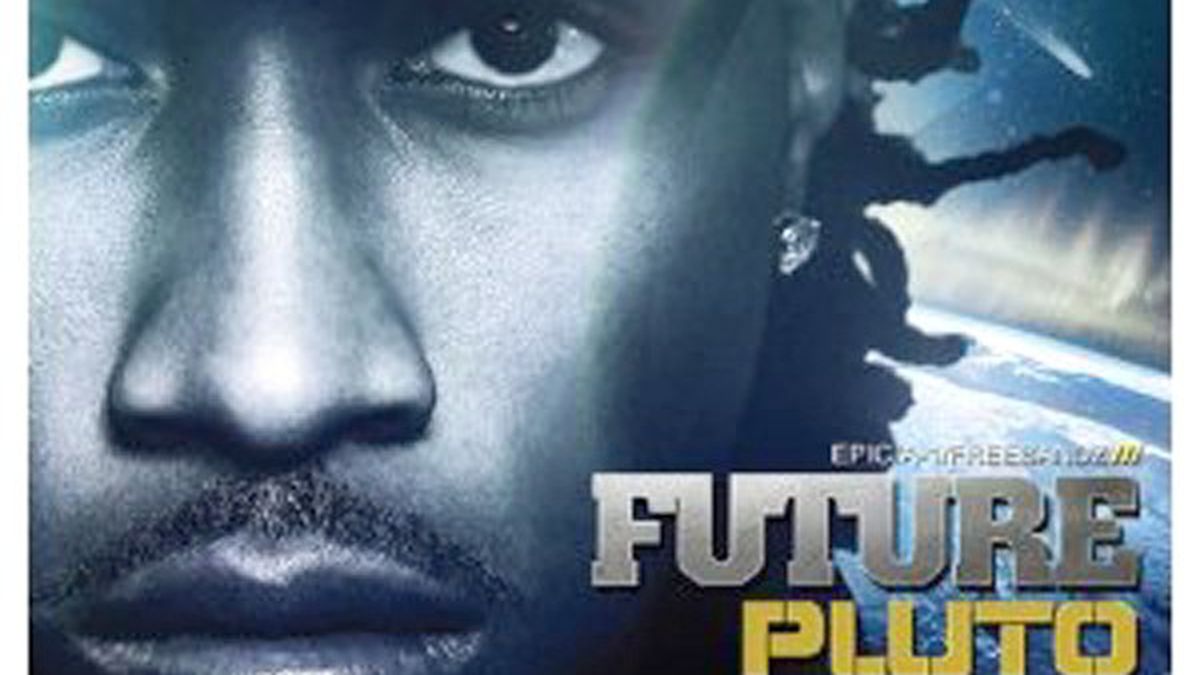 Future is a rapper, sort of. More than that, as Fader magazine said, he’s “a chorus monster.” His voice, pitch-corrected and wrung through a promethazine-codeine-laced sieve, isn’t a human voice. It’s the voice of a sputtering robot, muscling out a last urgent plea before the world spins into apocalypse: two bad bitches at the same damn time.

In all seriousness, Future’s uncomplicated, singsong style takes some getting used to. But it’s well worth it. He’s of reputable stock (ATL’s Dungeon Family collective — somebody say Outkast?) and Pluto is his solo debut. He’s changed a bit since the mixtapes of the past few years, but this album still ties in the Dirty Sprite-sippin’, Scarface-impersonating Future that first made heads turn.

One of the best moments of Pluto is right at the beginning — Big Rube, Atlanta’s spoken-word interlude guru, kicks off the album with an Outkast-caliber monologue. He hooks you into a NASA-worthy mission statement, setting up for a whole album of space analogy: The future is now.

Then R. Kelly drops in on “Parachute.” He clears his throat and lays into his version of a club banger. In Future form, the melody is fairly monotonous (and autotuned) by Kells’ standards, but he teases in his famous, newly surgically repaired tenor: Now I got my voice baack!

The outer-space allegory doesn’t cling together super tightly, but the album is packed with great features: T.I., Juicy J, Snoop Dogg, and a new version of “Tony Montana” (if you haven’t heard, the best Future track) with a verse from Drake. It’s certainly an adequate “best of” for anyone who doesn’t want to peruse his earlier releases. (Epic Records)

Starting a Band? Get It In Writing

Hooch for Your Pooch