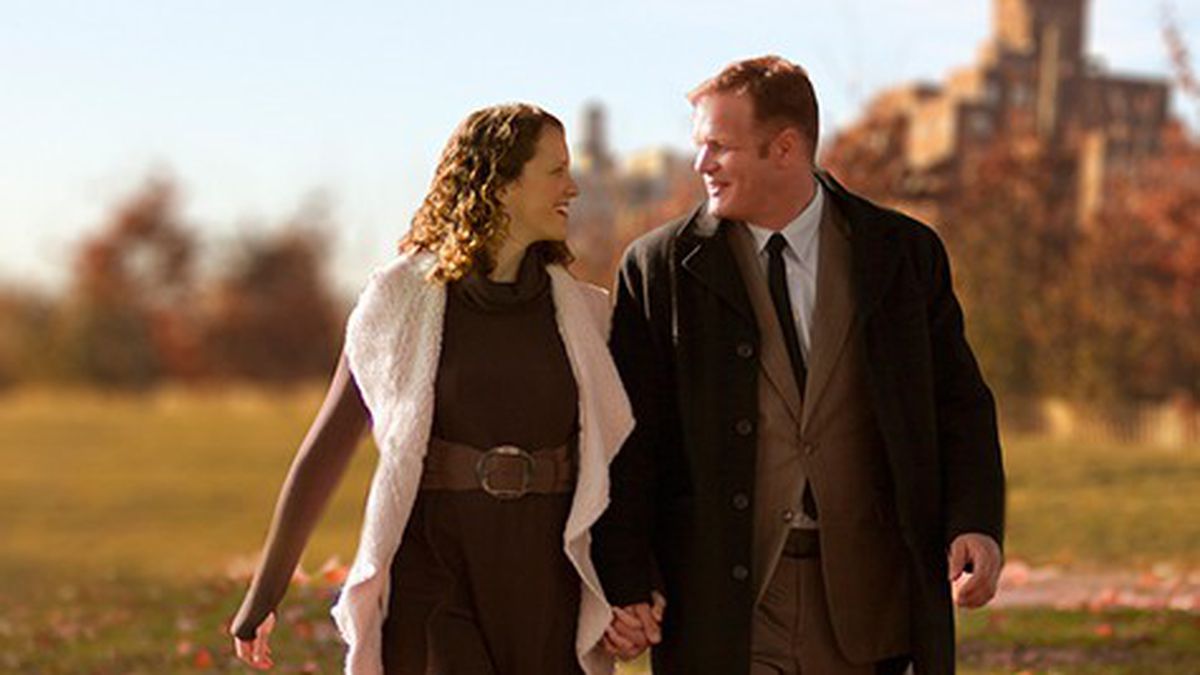 Altarena's 'Barefoot in the Park' shines a light on ordinary American foibles.

Neil Simon is incredibly prolific, both as a playwright and screenwriter. He has written more than thirty plays (including Lost in Yonkers and The Dinner Party) and nearly forty movie screenplays and TV shows, many of which were based on his plays (The Odd Couple, Biloxi Blues). He has also received more Oscar and Tony nominations than any other writer. And rightly so: Simon is a master of situational comedy. In his first Broadway production, Come Blow Your Horn in 1961, an audience member literally died laughing on opening night. The following year, Simon’s romantic comedy Barefoot in the Park came out on Broadway (a few years later, it was turned into a movie starring Robert Redford and Jane Fonda). And, lucky for us, it’s currently being staged once again at Altarena Playhouse in Alameda.

Like many of Simon’s other works, Barefoot is both touching and — though I feel this word should be used sparingly, such as in regard to Tupperware parties or when describing mimes — zany. It involves a newly married couple, Corie (the kittenish Becky Doyle) and Paul (Matt Davis, whom you might remember from Altarena’s last zany 1960s comedy Boeing Boeing). Paul is somewhat stuffy, a newly minted lawyer who keeps his suits looking spiffy and rarely “lets loose,” and Corie is his wilder foil — she wears aqua eye shadow, befriends their strange attic neighbor Victor Velasco (Randy Anger), and, as the title references, considers it romantic to walk barefoot in the park when it’s snowing and seventeen degrees. Their new apartment, which Corie picked out “all by herself!” is microscopic, has a hole in the skylight and sporadic heat, and to get to it, people have to walk up five flights of stairs. Agony! Will these two lovebirds overcome their (admittedly minute) differences and dilemmas? You already know the answer, but that doesn’t make Barefoot any less entertaining.

It’s not a particularly daring comedy — indeed, the play is downright sitcom-y at times, with lots of physical humor and easy slapstick scenes — but Barefoot isn’t just funny, it’s endearing. And more than merely making us laugh, Barefoot makes us feel good, and it does so by taking a comically huge sledgehammer to Americans’ most ordinary conundrums.

“I don’t write social and political plays, because I’ve always thought the family was the microcosm of what goes on in the world,” Simon told The Paris Review in 1992. “I write about the small wars that eventually become the big wars.”

Staging the battles is director Sue Trigg (who played the delightfully irascible maid in Boeing Boeing), and who does a great job of teasing out the hilarity while keeping the pace going at a good clip. And Davis as Paul plays the stodgy breadwinner with a poignant grump, while Doyle as Corie excels as the somewhat naive, excitable, high-on-life romantic. For Corie, life is always sunny and bright and interesting. She’s the eternal optimist — until Act Two, at least. A subplot involving a setup between Corie’s mother (the effervescent Bonnie DeChant, who was my favorite) and Victor offers still more comic relief, as does the occasional appearance of Harry Pepper (Montgomery Paulsen), a beleaguered AT&T repairman.

Despite the general air of wise-crackery, the play’s 1960s setting made for some less-than-funny moments. A mildly homophobic remark about the couple’s “crazy” neighbors (who were crazy because they were a same-sex couple and nobody knew which gender they were) felt very out of place in 2015, and in the otherwise wide-eyed, good-natured atmosphere of the play. And, to the logical theatergoer, the climactic argument in Barefoot feels somewhat contrived. But Altarena is fantastic at pulling off rom-coms, and besides, Simon’s plays work best when we don’t analyze them too much. They’re supposed to be entertaining, and the pleasure comes from our identification with the characters’ minor foibles. We all know what it’s like to fight with a significant other over something trivial, to disappoint our parents, to be young and impulsive. (“I’m glad we’re not like this bickering straight couple,” I said to my girlfriend after the show. “Yeah, we’re definitely more of a bickering gay couple,” she responded.)

At the end of the day, escapism and sentimentality win in Barefoot, and we’re left with a tidy resolution and a belly full of guffaws. Life is absurd, Simon’s play implies — we’re all in on that joke, so we might as well all laugh at it together.

Best Place to Make Out

Why Lew Wolff Should Sell the Oakland A’s

We now interrupt the A’s regular season to present….exhibition season!