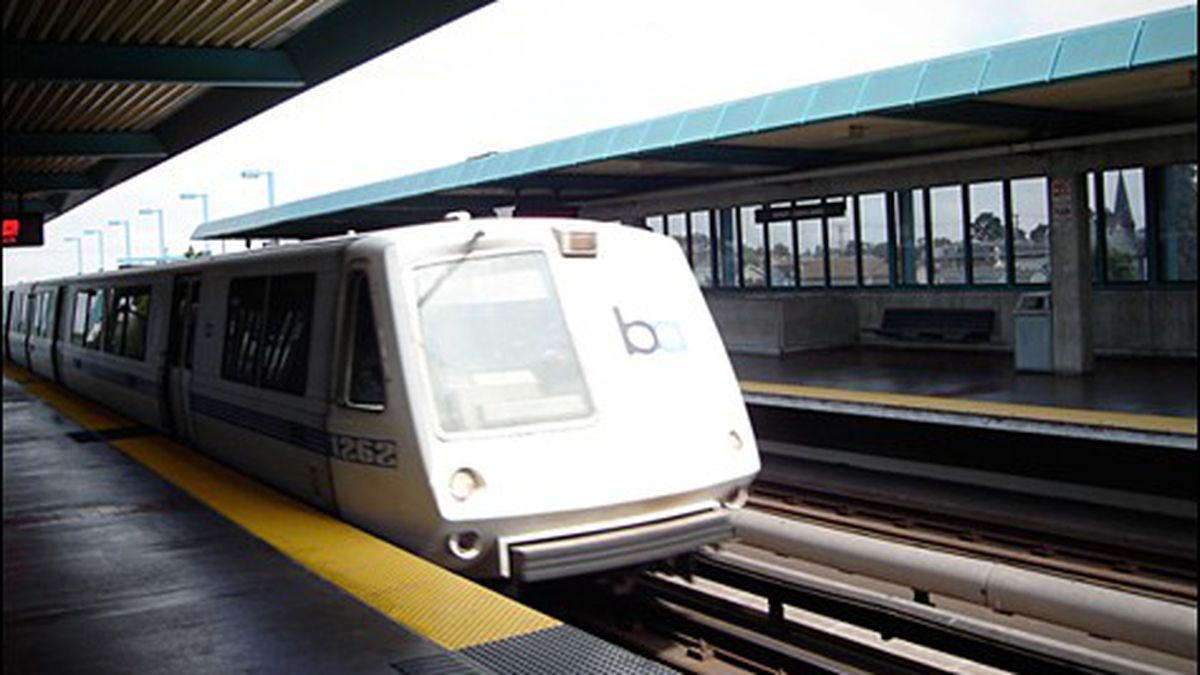 Environmentalists and community activists say that Measure B1 will help finance the rebirth of cities.

The Bay Area’s transportation-infrastructure deficit is enormous. It’s felt most immediately in potholes, crowded roads, broken-down buses, and stranded passengers. While the exact sum of the under-funding is subject to interpretation, most parties agree that it’s in the range of many billions of dollars that are needed to maintain our roads, railways, bike lanes, and sidewalks. And that doesn’t count necessary investments in new and more efficient transit to replace crumbling infrastructure and disappearing services. The fact is, the Bay Area has infrastructure that is designed for a fraction of our current population, using dinosaur technologies that pollute far more than necessary. The crux of the problem isn’t technology, though, it’s money and politics.

Since the late 1970s, state and federal funds for transportation have been drastically reduced. Proposition 13 and a cascade of anti-tax measures, along with restrictive funding formulas, forced Sacramento to mostly abandon cities and counties, ignoring their transportation needs, and focus dwindling dollars on state highways instead. At the federal level, the Reagan administration slashed spending in the early 1980s for local governments, especially urban areas with large non-white and working-class populations — places like Alameda County. And Congress has allowed the nation’s gasoline tax to erode in value and so it now falls far short of financing our growing transportation requirements.

This abandonment by Washington and Sacramento led to the passage in 1986 of Measure B, a half-cent Alameda County sales tax to fund street, highway, rail, and bus upgrades. It was a historic shift. “Federal and state government had started to run away from us, so we had to do something. The 1986 sales tax was the first measure in this county, and the second in the state, to provide local funds for transportation,” said Art Dao, executive director of the Alameda County Transportation Commission (ACTC). “It moved forward a self-help philosophy.”

In 2000, voters extended Measure B. The result was a cash flow of roughly $100 million a year directed to capital projects and transit operations. Unfortunately, further declines in state and federal funding since then have done a lot to undermine even this local resiliency. Changing demographics, especially growing senior and youth populations, as well as the repopulation of urban centers, has created new and bigger demands for transportation solutions. And given the environmental and social problems resulting from the old model of fossil-fuel-intensive highways, suburban sprawl, and private automobile transportation, which governments poured trillions of investments into, the future will need to be very different: centered around denser cities, public transport, and a return to walking and biking.

To help pay for this new historic shift, a broad coalition of elected officials, civil servants, community organizations, and environmentalists is supporting Measure B1, a half-cent sales tax increase on the November ballot. It would generate $7.8 billion for transportation infrastructure and programs. And according to Dao, without these local dollars, Alameda county would miss out on the matching federal and state grants that still do exist. “When you have local dollars you can bring federal dollars into the County,” Dao explained. “The $700 million we have expended under the current measure was able to attract $3.7 billion — a four-fold return. We were able to get way more done in terms of transportation investments and job creation. But the feds and the state want to see us put substantial dollars on the table. They want to see us help ourselves first, before they help us.”

Helping ourselves is in essence what Measure B has always been about. Funds raised under the existing Measure B were used to fix the Nimitz Freeway, which in the 1980s and 1990s was notoriously crowded and dangerous. Much of the freeway’s elevated span collapsed in the 1989 Loma Prieta earthquake. Other funds went toward extending BART from Bay Fair to Pleasanton, and later down to Warm Springs in anticipation of a future link to San Jose. Measure B also delivered highway improvements such as specialized freight routes and carpool lanes, moving commuters around faster, and opening up trucking access to the Port of Oakland.

About half the funds raised by Measure B1 would be devoted to mass transit operations, maintenance, and some construction. AC Transit alone would receive $1.4 billion to operate and extend bus routes and services across the county. Hundreds of millions more would go toward modernizing BART and improving other rail corridors. Local streets and roads would be repaved, beautified, and made safer and more efficient for cars, buses, bikes, and pedestrians with $2.3 billion. Transit-oriented real estate redevelopment around bus and BART stations (also known as smart growth) would get $300 million. Even highways, usually the domain of the state and federal governments, would see $677 million. And it would all likely be used to leverage even more federal and state dollars, boosting the value of local tax dollars several times over.

Measure B1 also would greatly benefit bicycle and pedestrian projects. They would receive $651 million if the measure passes, including $232 million that will be directly allocated to cities across Alameda County for projects of their own choosing. “This measure will literally complete a county bikeway network,” noted Dave Campbell of the East Bay Bicycle Coalition. “Some are paths, some are lanes, some are bike boulevards, but everything built will be safe and comfortable bikeways.”

Finally, because only 1 percent of Measure B1 dollars can be spent on administration costs, 99 percent of funds will go straight to transportation. About half the funds raised by the previous Measure B were used to pay Alameda County-based companies to build and maintain infrastructure, or else used for operations. Thus, the program serves as a potent local economic stimulus.

Manolo González-Estay of Transform CA, a coalition of dozens of environmental, labor, government, and community groups, said the expenditure plan for Measure B reflects a very inclusive and democratic process of deciding what to prioritize, where to invest, and how decisions will be made. González-Estay also said Measure B1 will make a positive difference toward achieving environmental goals. “They’re conscious of climate change,” he said of ACTC. “They’re going beyond SB 375 in this plan,” he added, referring to the state law that requires greenhouse gas reductions of 15 percent from transportation planning by 2035.

The only downside to Measure B1 is that it’s a sales tax, one of the more regressive kinds of taxes. Making working- and middle-class families pay proportionally more for needed transit improvements — under-funded as they are because of big corporate tax cuts and tax breaks for the wealthiest at both the state and federal levels for several decades now — might undermine popular support. Any tax hitting working families is received as an unwanted burden these days.

But González-Estay thinks voters will see the value in what they’re purchasing. “If the money was to pay for more cars and highways, then we wouldn’t be supportive of this measure, but when you look at what the dollars will go to, it goes to AC Transit, bikes, pedestrian projects, paratransit for seniors and persons with disabilities, and addressing climate change — all good things that will help working communities. It’s unfortunate that it’s a tax, but we’re trying to address problems that harm most people, and this will do it by serving low-income communities.”