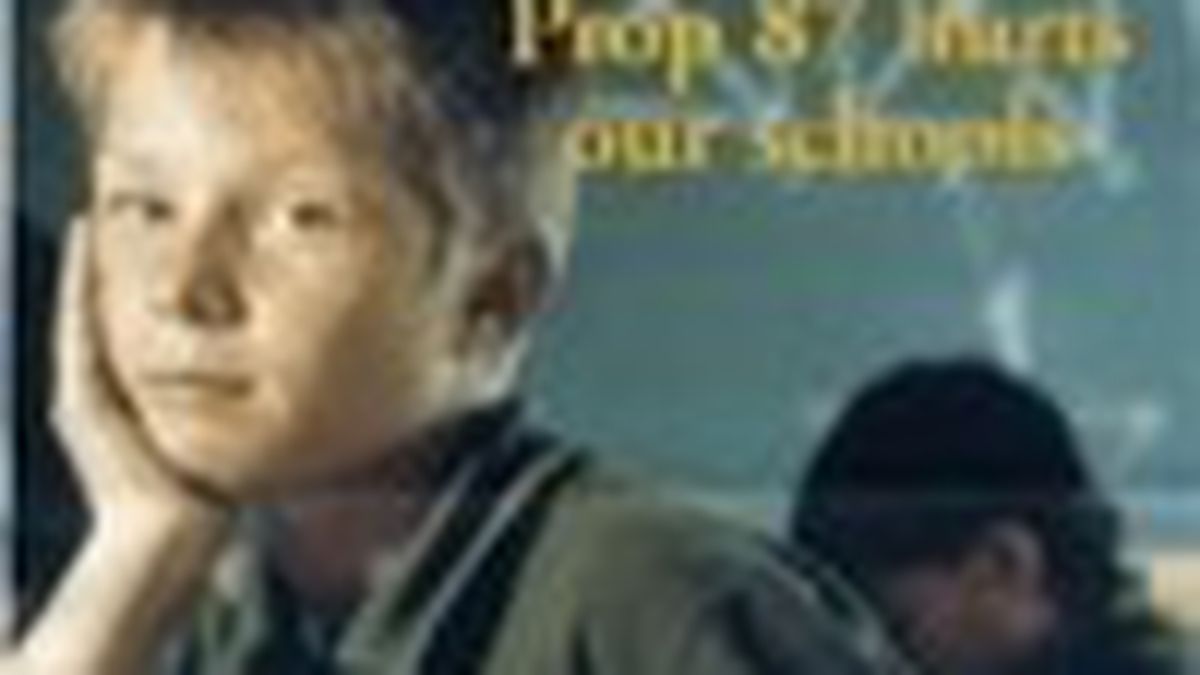 Deconstructing the political recyclables in your mailbox.

Verdict
A shameful attempt to divert the subject from taxing energy. First off, the legislative analyst never mentions schools, education, or public safety. Now let’s do the math. Although producers will be allowed to deduct the oil tax from their state income taxes, the analyst estimates lost local tax revenues at no more than a few million dollars statewide. Estimated state income tax losses are no more than $10 million, and lost tax revenues from oil produced on state land would be $7 million to $15 million. Just for fun, let’s use the nonsensical assumption that all of this money – let’s be generous and call it $30 million – would come straight from the state’s K-12 education budget. Well, that would mean a loss to the schools of four one-hundredths of a percent. That’s right, baby: The fiscal 2006-07 schools budget is a plump $67.1 billion, and this proposition wouldn’t so much as nick its surface.