‘I Can only assume they perished because they were trying to help people. 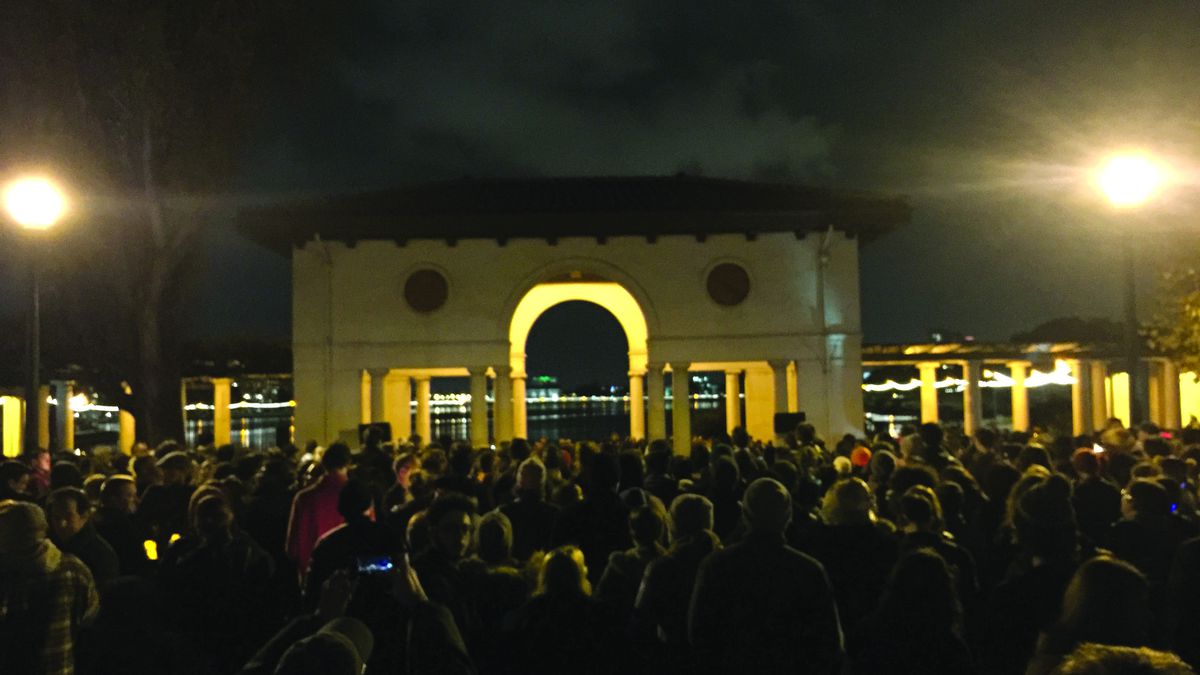 This past Friday, Barrett Clark hauled the many heavy components of his storied sound-system to a Fruitvale warehouse and meticulously assembled them on the second floor. It’s a service he’s provided regularly for underground electronic-music events for at least a decade, friends say. What he expects in return is only to hear something inventive and loud, usually set to a pulsing beat. This particular night, however, reached a tragic crescendo.

The 35-year-old Oakland resident is one of many integral artists unaccounted for after Friday’s fire at a Fruitvale warehouse known as Ghost Ship, which officials say has so far claimed at least 36 lives.

Also missing are Joey Casio (Joseph Matlock), 36, who was scheduled to perform that night as Obsidian Blade; and Jonathan Bernbaum, 34, whose projections often illuminate and enliven local experimental music events. The three of them “were extremely community-minded people — all conduits and facilitators” for their peers in the arts community, said Michael Buchanan, an organizer with the shadowy, longtime events collective Katabatik.

“I can only assume they perished because they were trying to help people.”

Buchanan met Clark sixteen years ago at a party in the Oregon woods, an event similar to the discrete campout festivals at undisclosed, evergreen locations for which is Katabatik is known in the Bay Area. The organization, which Buchanan describes as a “renegade sound-system,” came to rely on Clark’s expertise and magnanimity.

As Buchanan put it, “Barrett was behind the scenes at every fringe electronic show here — at least the ones that sounded good.”

“Barrett understood the science behind sound, which is so rare in a profession that relies on myths and hearsay,” said Josh Cheon, proprietor of Dark Entries Records and member of gay DJ collective Honey Soundsystem. “He wasn’t even gay, but at any party we threw he’d come and just be like a security blanket for everyone.”

Another Katabatik fixture was visual artist Bernbaum, who also often traveled as VJ for popular Australian EDM group Knife Party. “He’s an old-school projection-mapping guy, who was also so, so generous,” Buchanan said. “He’d take time off of his high-paying gigs in Asia or wherever every year to come do visuals for our campouts in the woods.”

Casio, who shuttled between Oakland and Olympia, Washington, in recent years, was celebrated for his industrial-techno sets as Obsidian Blade. This music critic recalls him as a spirited performer, unusually adept at stoking an audience’s collective passions. In conversation, Casio had a somewhat mystical, profoundly optimistic perspective on underground culture’s utopian glimpses and potential.

In a telling Facebook post from this past June, he encouraged his peers to let go of rock ’n’ roll’s “mythology of western individualism and accept that you are an active participant in something larger than yourself.”

As an Olympia resident in the late 2000s, Casio issued several singles for storied indie label K Records. But his allegiances lay much more with performance than recording, said friend and Oakland musician Mara Barenbaum. “There’s a really good reason Joey doesn’t have a bunch of records out: Sound is a wilderness, and he didn’t want to harness it. … It’s like, you can’t see a Calder mobile in two dimensions.”

Barenbaum and Buchanan, who both live near Ghost Ship and watched it blaze for hours on Friday, emphasized in interviews that attendees of the party and artists within the myriad underground-music camps of the Bay Area are not unthinking and reckless, as many news reports have suggested.

Similar to what Surface Tension promoter Nihar Bhatt told the Express, Buchanan said that he considered Ghost Ship far too structurally unsafe and its operators far too unreliable to personally throw an event there.

“With that show, I thought, ‘It’s at that spot? Fuck that place,’” Buchanan said. “The last time I was there, I stood by the exit the whole time just in case there was a fire. … Having an event there with ten people to me is criminal negligence.”

Buchanan added that, days before the fire, he’d expressed concern directly to Clark. “He was aware of the danger of that place. I say that not as a criticism — he was just a giving person, a warrior.”

Barenbaum, who co-founded a recently displaced underground venue in San Francisco, noted that many warehouse gigs are effectively code-compliant. “There are promoters with knowledge of electrical and egress,” she said. “We’re heartbroken that we didn’t out this place sooner. We should’ve better shared our concerns with our loved ones.”

A union electrician, Barenbaum also added that, “Even in my extremely regulated industry, there are tragedies waiting to happen.”

Bernbaum and Clark were scheduled to oversee and engineer visuals and sound at Katabatik’s annual winter solstice event later this month. Casio was slated to perform. The event at Omni Commons in Oakland is now expected to be a memorial. Buchanan called the crew a “close-knit tribe with a mission that people are willing to risk their lives for.”

Next ArticleOakland Firefighters Say Their Department Is So Badly Managed, Ghost Ship Warehouse Wasn’t Even In Its Inspection Database