1. Health-care costs and lost worker productivity related to obesity costs Alameda County more $2 billion a year, the Trib$ reports, citing a new report commissioned by the county’s Health Committee. According to the report, nearly 70 percent of seniors are overweight or obese in the county, as are more than half the adults and about a third of the children. Sugary drinks are the primary cause for the high rates of obesity, according to the report. 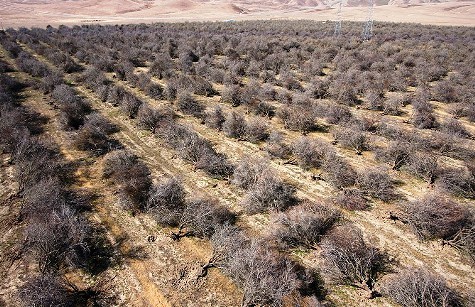 2. The El Niño weather pattern developing in the Pacific Ocean this year probably will be a weak or moderate event and thus will likely not relieve the historic drought conditions in California, the Chron reports, citing a new report from the National Weather Service.

3. Bay Area transportation officials are speeding up plans for a $30 million trail that would connect Oakland to the new Bay Bridge bike path, because the region is in danger of losing state and federal funds that would finance the project unless construction begins by 2017, the CoCo Times$ reports.

4. Thousands of tiny steel particles are causing rust on the new eastern span of the Bay Bridge, and Caltrans is going to have to spend about $1 million to clean off the debris and repaint the structure, the Chron reports. The particles got on the span during fabrication in China.

5. In determining that a sheriff’s deputy should not face criminal charges for fatally shooting a thirteen-year-old boy, the Sonoma County District Attorney’s Office relied on a so-called expert witness who has questionable credentials and a long history of helping exonerate police officers accused of wrongdoing, the Chron reports.

6. And the Oakland City Council is scheduled to consider a controversial lease extension deal with the A’s at a special meeting on July 16, following a request by Councilmembers Rebecca Kaplan, Larry Reid, and Noel Gallo, who all support the proposed pact, the Trib$ reports.