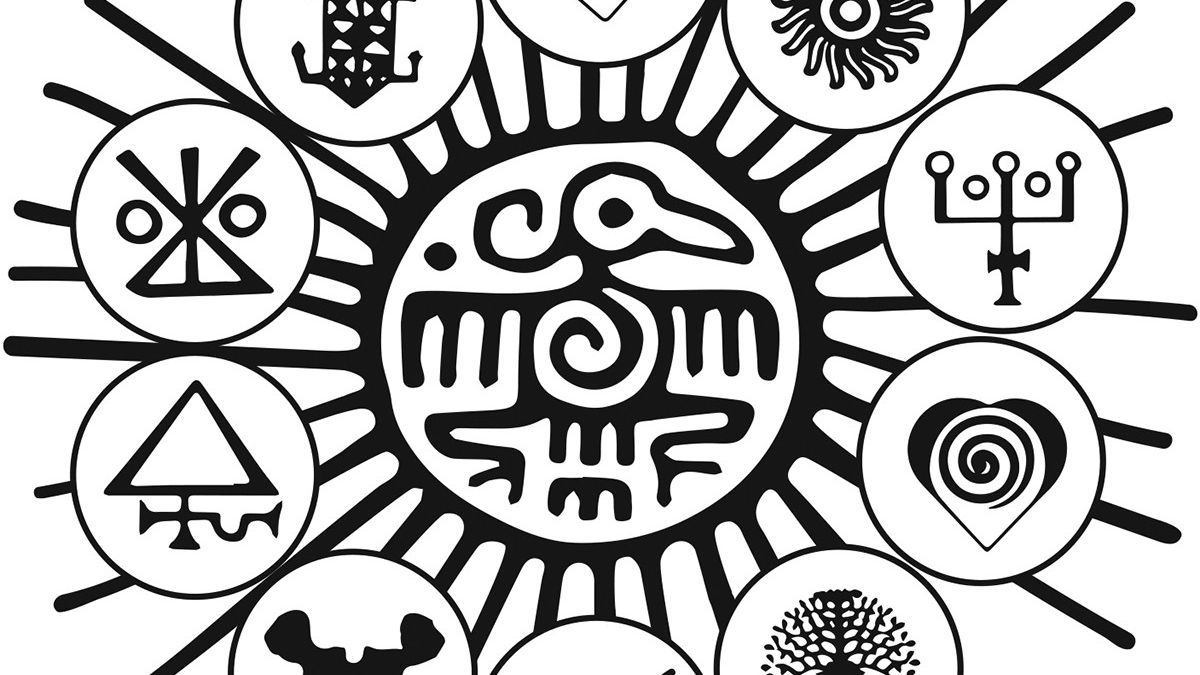 Aries (March 21–April 19): The term “jumped the shark” often refers to a TV show that was once great but gradually grew stale, and then resorted to implausible plot twists in a desperate attempt to revive its creative verve. I’m a little worried that you may do the equivalent of jumping the shark in your own sphere. April Fool! I lied. I’m not at all worried that you’ll jump the shark. It’s true that you did go through a stagnant, meandering phase there for a short time. But you responded by getting fierce and fertile rather than stuck and contrived. Am I right? And now you’re on the verge of breaking out in a surge of just-the-right-kind-of-craziness.

Taurus (April 20–May 20): If you happen to be singing lead vocals in an Ozzy Osbourne cover band, and someone in the audience throws what you think is a toy rubber animal up on stage, do rambunctiously bite its head off to entertain everyone. It most likely won’t be a toy, but rather an actual critter. April Fool! In fact, it’s not likely you’ll be fronting an Ozzy Osbourne cover band any time soon. But I hope you will avoid having to learn a lesson similar to the one that Ozzy did during a show back in 1982, when he bit into a real bat — a small flying mammal with webbed wings — thinking it was a toy. Don’t make a mistake like that. What you think is fake or pretend may turn out to be authentic.

Gemini (May 21–June 20): In the spring of 1754, Benjamin Franklin visited friends in Maryland. While out riding horses, they spied a small tornado whirling through a meadow. Although Franklin had written about this weather phenomenon, he had never seen it. With boyish curiosity, he sped toward it. At one point, he caught up to it and lashed it with his whip to see if it would dissipate. This is the kind of adventure I advise you to seek out, Gemini. April Fool! I half-lied. I don’t really believe you should endanger your safety by engaging in stunts like chasing tornadoes. But I do think that now is a favorable time to seek out daring exploits that quench your urge to learn.

Cancer (June 21–July 22): Novelist L. Frank Baum created the make-believe realm known as Oz. Lewis Carroll conjured up Wonderland and C. S. Lewis invented Narnia. Now you are primed to dream up your own fantasy land and live there full-time, forever protected from the confusion and malaise of the profane world. Have fun in your imaginary utopia, Cancerian! April Fool! I half-lied. It’s true that now would be a good time to give extra attention to cultivating vivid visions of your perfect life. But I wouldn’t recommend that you live there full-time.

Leo (July 23–Aug. 22): “The national anthem of Hell must be the old Frank Sinatra song ‘I Did It My Way,'” declares Richard Wagner, author of the book Christianity for Dummies. “Selfish pride is Hell’s most common trait,” he adds. “Hell’s inhabitants have a sense of satisfaction that they can at least say ‘they’ve been true to themselves.'” Heed this warning, Leo. Tame your lust for self-expression. April Fool! I was making a little joke. The truth is not as simplistic as I implied. I actually think it’s important for you to be able to declare “I did it my way” and “I’ve been true to myself.” But for best results, do it in ways that aren’t selfish, insensitive, or arrogant.

Virgo (Aug. 23–Sept. 22): No matter what gender you are, it’s an excellent time to get a gig as a stripper. Your instinct for removing your clothes in entertaining ways is at a peak. Even if you have never been trained in the art, I bet you’ll have an instinctive knack. April Fool! I lied. I don’t really think you should be a stripper. But I do recommend you experiment with a more metaphorical version of that art. For instance, you could expose hidden agendas that are causing distortions and confusion. You could peel away the layers of deception and propaganda that hide the naked facts and the beautiful truth.

Libra (Sept. 23–Oct. 22): Give yourself obsessively to your most intimate relationships. Don’t bother cleaning your house. Call in sick to your job. Ignore all your nagging little errands. Now is a time for one task only: paying maximum attention to those you care about most. Heal any rifts between you. Work harder to give them what they need. Listen to them with more empathy than ever before. April Fool! I went a bit overboard there. It’s true that you’re in a phase when big rewards can come from cultivating and enhancing togetherness. But if you want to serve your best relationships, you must also take very good care of yourself.

Scorpio (Oct. 23–Nov. 21): It’s after midnight. You’re half-wasted, cruising around town looking for wicked fun. You stumble upon a warehouse laboratory where zombie bankers and military scientists are creating genetically engineered monsters from the DNA of scorpions, Venus flytraps, and Monsanto executives. You try to get everyone in a party mood, but all they want to do is extract your DNA and add it to the monster. April Fool! Everything I just said was a lie. I doubt you’ll encounter any scenario that extreme. But you are at risk for falling into weird situations that could compromise your mental hygiene. To minimize that possibility, make sure that the wicked fun you pursue is healthy, sane wicked fun.

Capricorn (Dec. 22–Jan. 19): “The past is not only another country where they do things differently,” says writer Theodore Dalrymple, “but also where one was oneself a different person.” With this as your theme, Capricorn, I invite you to spend a lot of time visiting the Old You in the Old World. Immerse yourself in that person and that place. Get lost there. And don’t come back until you’ve relived at least a thousand memories. April Fool! I was exaggerating. While it is a good time to get reacquainted with the old days and old ways, I don’t recommend that you get utterly consumed by the past.

Aquarius (Jan. 20–Feb. 18): Some Aquarian readers have been complaining. They want me to use more celebrity references in my horoscopes. They demand fewer metaphors drawn from literature, art, and science, and more metaphors rooted in gossipy events reported on by tabloids. “Tell me how Kanye West’s recent travails relate to my personal destiny,” wrote one Aquarius. So here’s a sop to you kvetchers: The current planetary omens say it’s in your interest to be more like Taylor Swift and less like Miley Cyrus. Be peppy, shimmery, and breezy, not earthy, salty, and raucous. April Fool! In truth, I wouldn’t write about celebrities’ antics if you paid me. Besides, for the time being, Miley Cyrus is a better role model for you than Taylor Swift.

Pisces (Feb. 19­–March 20): Annie Edson Taylor needed money. She was 63 years old, and didn’t have any savings. She came up with a plan: to be the first person to tuck herself inside a barrel and ride over Niagara Falls. (This was back in 1901.) She reasoned that her stunt would make her wealthy as she toured the country speaking about it. I recommend that you consider out-of-the-box ideas like hers, Pisces. It’s an excellent time to get extra creative in your approach to raising revenue. April Fool! I half-lied. It’s true that now is a favorable time to be imaginative about your financial life. But don’t try outlandish escapades like hers.