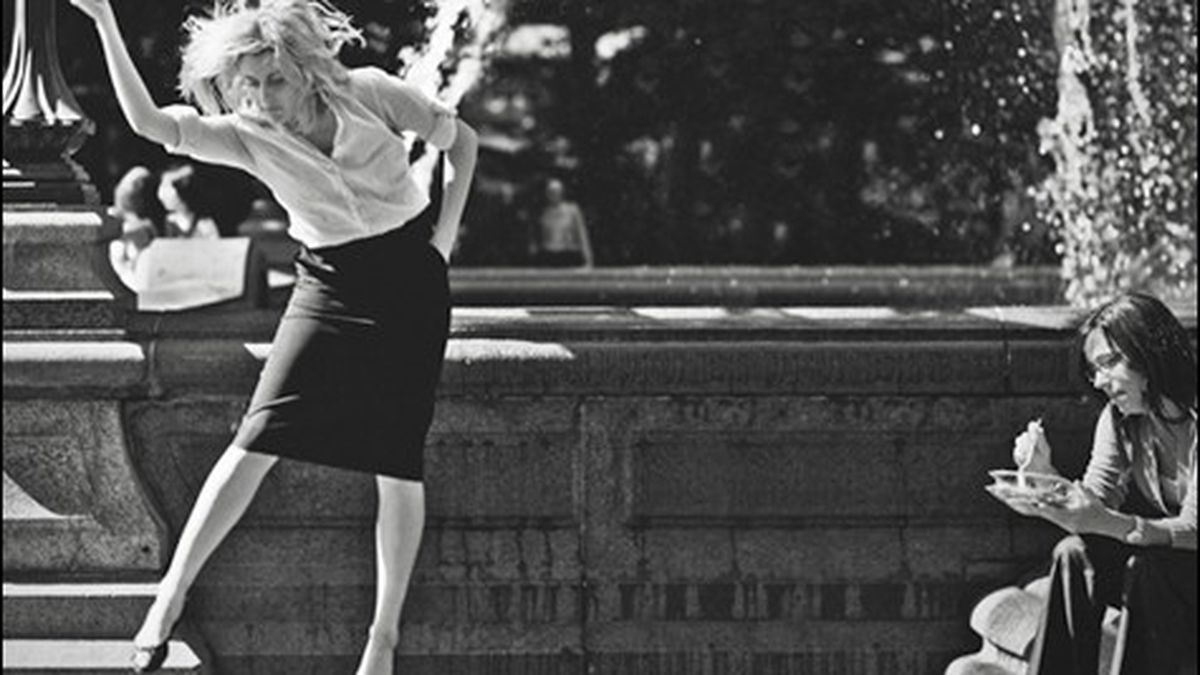 Greta Gerwig and Noah Baumbach are an ideal match. His sophistication raises her up a notch above her Mumblecore roots, and in return she imparts a charm to his films that they never before possessed. If their gratifying collaboration in Frances Ha is any indication, filmmaker Baumbach is getting the better end of the deal — Gerwig might have eventually created this triumphant role for someone else. It’s the movie she had in her all along. Without her, this particular story of a hopeful young woman making her way in New York would have been just like all the rest. Instead, it’s a work of art.

Frances (Gerwig) and her roommate Sophie (Mickey Sumner) are both waiting for their big break, whiling away the time by getting cozy with each other — maybe a little too cozy — and working dead-end jobs. Frances is an understudy in a dance troupe, which is unfortunate because she has no talent for movement. But things like that don’t defeat her, not even when Sophie gets extra rent money from her parents and leaves Frances behind. Broke, “un-dateable” Frances moves in with two male roomies, Lev (Adam Driver) and Benji (Michael Zagen). The humor of awkwardness never lets up.

The screenplay, by Baumbach and Gerwig, does not sacrifice the lovable klutziness that makes her characters unique, nor the essential unconventionality of them — a sharp intelligence masked by a stoner’s haze, with body language to match. The classically minded could see Gerwig as the slacker granddaughter of Carole Lombard. Her most common persona, a sincere, often vulnerable young woman who wears her mellowness as protective coloration (Greenberg, Lola Versus, Hannah Takes the Stairs), is diametrically opposed to Baumbach’s typical threatening females. Perhaps that’s what makes their filmmaking so startlingly fresh, the interplay of sweet and sour, laid-back versus intense.

Baumbach’s forays into the intricacies of interpersonal relations are famous but hardly varied. To paraphrase Winston Churchill’s remark about Germans, the classic Baumbach character is either at your throat or at your feet. The family tussles of The Squid and the Whale and Margot at the Wedding are prime examples of the former, pure misery encased in irresistibly bitchy dialogue. In the latter, typified by the poor-schlub sitcom Greenberg and Baumbach’s screenplay for Fantastic Mr. Fox, what passes for his whimsicality comes out to play. Greenberg‘s prime mover was not Ben Stiller’s title loser but Gerwig’s Florence, a prototype of Frances who embarrasses everyone but herself with an open-mic song disaster in Los Angeles.

Frances Ha picks up the thread in NYC. She can’t dance. Can’t find a boyfriend (flatmates don’t count). Visits her religious parents (played by Gerwig’s real parents) back home in Sacramento, depicted as a cow town. Takes an impulsive, expensive, credit-card-offer, two-day, utterly lonely trip to Paris for a pathetic change of scenery. Runs twenty blocks to find an ATM while her date sits in a restaurant waiting. Accepts a ridiculous last-ditch job offer: wine pourer at her former university. Talks to herself while walking in the woods (“At least you can’t spend money in nature”). And ends up sleeping in a dorm room, alone.

Her combination nadir/epiphany occurs when she goes to a dinner party at the invitation of a dance-ensemble acquaintance, Rachel (Grace Gummer, daughter of Meryl Streep). There, surrounded by lawyers and investment bankers, Frances opens her mouth and makes a simple, heartbreaking little speech about relationships that no one at the table understands. Stunned silence. They chuckle nervously at her naiveté and change the subject, but we fall in love with her. Every move Frances makes is wrong, but totally right.

Frances is the distillation of the Gerwig persona, outfitted with higher stakes and those poised directorial touches Baumbach has in seemingly never-ending supply — like the “play-fight” punches she lands on Rachel one day in the park, or, on the sunnier side, Georges Delerue’s snappy theme music from François Truffaut’s Such a Gorgeous Kid Like Me, to illustrate the carefree bond between Frances and Sophie. But the best thing the film has, of course, is Gerwig herself. She’s a complete original.