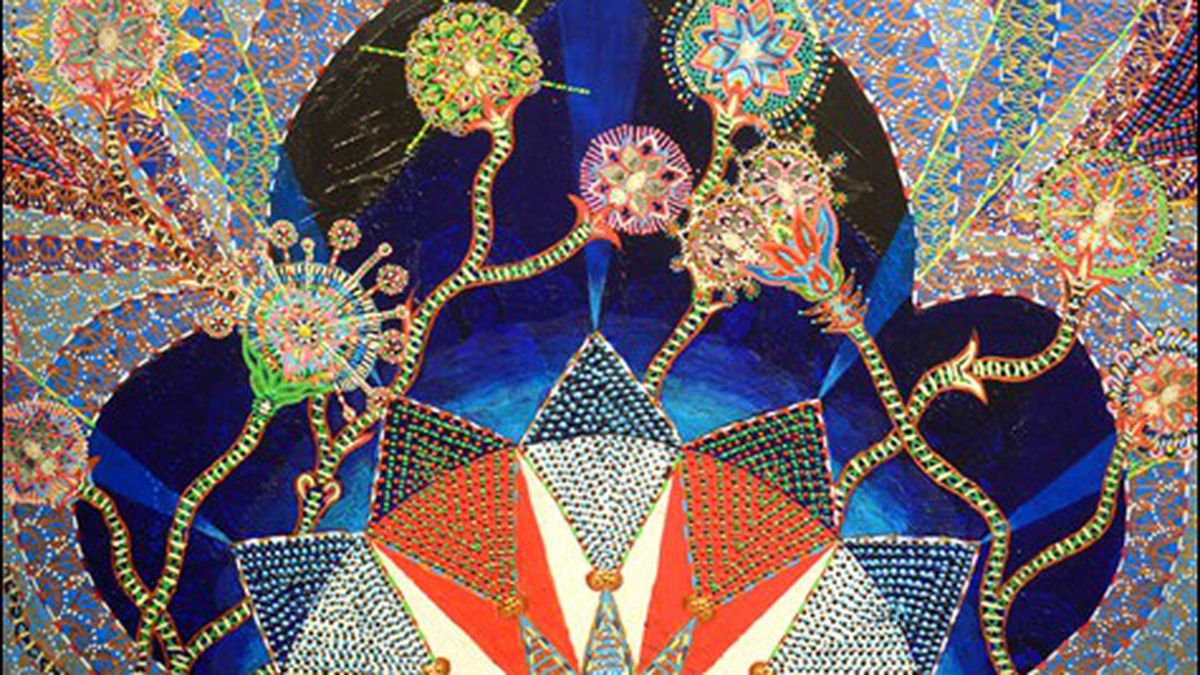 Group show explores what it means to be an artist in California.

To what degree can visual art help define a society and still maintain its aesthetic autonomy? It’s kind of a chicken-and-the-egg question: Which came first, the theme or the work? This is the question the Alliance of Artists Communities attempts to address in Visions from the New California, a group show up now through June 30 at Kala Gallery (2990 San Pablo Ave., Berkeley). The exhibit tries to define the Golden State, a pursuit that looms over the conceptual foreground of the work but in the process often inhibits the ability to appreciate the pieces on the basis of their own merit.

The works by nine artists collectively portray a fractured and pluralist vision of California. The artists’ individual visions are lost in the cacophony of media throughout the gallery. We are left with more questions than answers. Back to the chicken and the egg: We don’t know if the work was made for the show or if it was created independently. The point remains salient: Do we bring our experience of California to the understanding of each work? Might our own prejudices do an injustice to the art? Wouldn’t that unfairly reduce art appreciation to a mind game? Of course, this may be the whole point: Only by skillful curation can disparate notions of art ever hope to be unified.

The show does indeed boast some impressive, even indelible, images. Among the best are Justin Lowman’s “Knot Site,” a work that resembles barn doors backlit by neon, evoking a colorful event over a rural landscape; Crystal Am Nelson’s video, simply entitled “Bound,” which depicts a seemingly calm black woman elaborately, almost ritualistically, tied up with thick white ropes, shown on three monitors; Michiko Yao’s “Lily,” a video of paint being poured over a lily, which may be a beautifully grotesque comment on environmental degradation; Asad Faulwell’s painting “Zohra Drif #1,” which offers a beautifully composed, harmonic utopia where each element is precisely arranged; and Anja Ulfeldt’s “Windless Chimes,” which uses static electricity to work in an almost magical way, a nod perhaps to California’s own technological innovations.

To be fair, this show never claims to be an end-all statement, or even a cohesive, cultural snapshot of California right now. The only clue we are given as to what all this work has in common is in the title of the show itself, Visions from the New California — not “Visions of,” or even “Visions about.” It does seem clear that this exhibit means to present a multifaceted take on the inconceivably varied experience of what it is to be an artist in California, and, to this end, the show is successful. Visions from the New California runs through June 30. 510-841-7000 or Kala.org