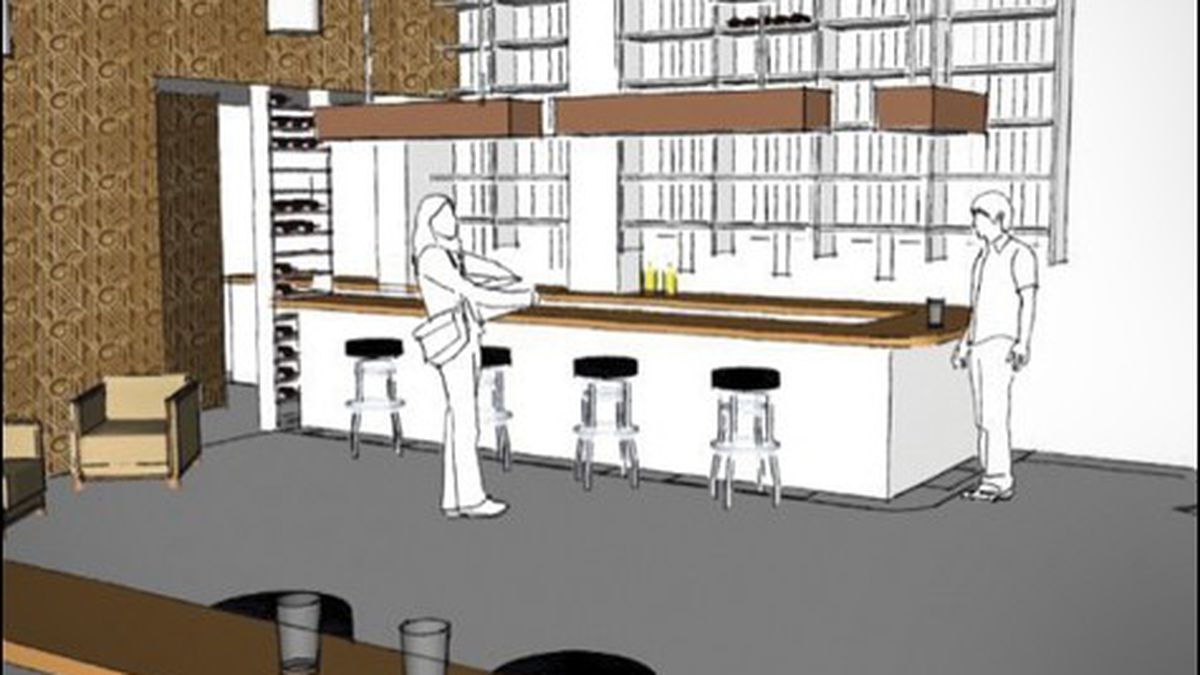 Former House of Shields Owner to Open Bar in Uptown

Oakland’s nightlife and restaurant scene is becoming so expansive that it’s difficult to keep up with all the new places. The latest, which will open next month, is Bar Dogwood, from one of the owners of SOMA’s now-defunct House of Shields.

Owner Alexeis Filipello, a long-time Oakland resident who was born in San Francisco, said the decision to open in her adopted hometown came after a friend told her that the city was actively recruiting new bars. Filipello had tried to open a bar in Oakland nine years ago but “ran into all kinds of issues,” so she opened in San Francisco because it was easier. But after her landlord didn’t renew her lease, she was forced to shutter the bar, which also hosted live bands. She said her Oakland landlord has “paved the way” for her new endeavor, a space that combines three former storefronts, including an insurance company and old pharmacy, at 1644 Telegraph Avenue.

This time, Filipello says the planning and zoning departments and the city council have been much more helpful. She’s just waiting for her liquor license to be approved by Alcoholic Beverage Control. “It’s been such an awesome experience to be able to deal with a city that’s really dynamic,” she said. “There’s something really happening in Oakland right now.”

Filipello’s vision for Bar Dogwood is to be “comfortable, working-man’s bar … without it being a total meat market.” She hopes the small space, which will be decorated like an art deco hunter’s lodge, will be a counterpoint to the area’s fancier joints. “No one has money right now, ” she said, “so why charge people $20, $30 bucks?” The bar will serve light snacks such as cheeses, salads, and hormone-free charcuterie from local vendors. As for entertainment, she’s thinking of occasional acoustic acts or magicians. “It’s going to be very free-form,” she said. “You never know what’s going to happen.”

Filipello is just one of many restaurant and bar owners relocating to Oakland. A big draw is the cheaper rent. Filipello says she paid close to $9,000 a month in San Francisco, while her rent here is a quarter of the price. She says some New York bar owners are opening a place across from the Fox Theater that will feature live music. Another restaurant is opening in Franklin Square near Grand and Broadway.

Kevin Best, owner of B Restaurant and Era Art Bar & Lounge in Oakland, also owns two restaurants in San Francisco. While it’s definitely cheaper to do business in Oakland and easier for first-time business owners to get started, there’s still a bigger market in San Francisco. He thinks the recession has hit Oaklanders harder, too. Business at his San Francisco establishments are up, he says, but is down in Oakland. Still, Best insists he’s not going anywhere. “If it was any other city, I’m not 100 percent sure I would have renewed my lease based on business,” he said. “In San Francisco, they’re based solely on numbers. In Oakland, at least I’ve found myself going, I could go someplace else as far as revenue, but I want it to work here. You find yourself changing the way you do business.”

Best says he knows “tons of people” in San Francisco that also want to open businesses in Oakland. “The take on Oakland is always ‘potential.'” he said.

It also doesn’t hurt that the city has a major cheerleader in Brian Kendall, who works in the city’s Community and Economic Development Agency. “You don’t necessarily have people like that in San Francisco actively seeking businesses,” Best said. “That guy hustles.” Best said Kendall constantly calls and asks him to convince San Francisco businesses owners who are considering the move. “It’s definitely a group effort to get businesses over here,” he said. Kendall did not return calls for comment.

Another business owner who relocated from the City, Dirk Kahl, said all the excitement in Oakland does have its drawbacks. “It’s rough in Oakland right now,” said the owner of Levende East and Liege. “There’s a lot of new places opening up. When we opened Levende East, there was no Picán, no Ozumo, no Bocanova. We were the people to step out. Now all these places open up but there’s not enough people living in Oakland to frequent every place every day. With the economy the way it is, I think it’s hard on everyone.”

Matthew Fox, who’s been running Historic Sweet’s Ballroom for the last twelve years, has relinquished control due to financial issues. Fox, who bought the parcel that included everything but Sears on the block of Broadway between 19th and 20th streets, eventually had to sell Sweet’s too but was a given a 35-year lease. The theologian and founder of Friends of Creation Spirituality bought the space to hold his Cosmic Mass, and the site has been hosting similar “Ecstatic Dance” events twice a week. Calls to the owners were not returned. … The lineup for the second annual On Land Festival has been announced. The underground music fest, to be held Sept. 2-5 at Cafe du Nord and Swedish American Hall, will feature performances by Grouper, Barn Owl, The Alps, Starving Weirdos, and more. … And local bands and DIY vendors will descend upon the Mission district Sunday, Aug. 22, for the free Rock Make Street festival.

Sean Whent Appears to be the Right Choice to Lead OPD