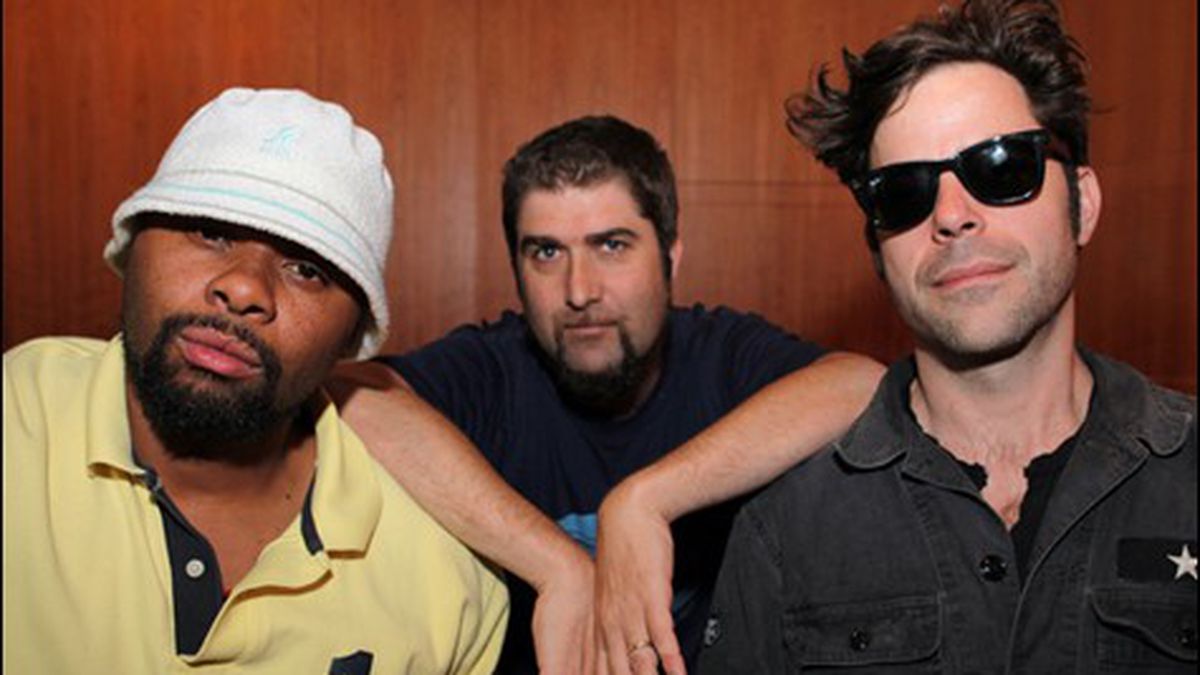 Foreign Globester Is a Man in Motion

Motion Man and the Rondo Brothers team up for a new concept album.

Most rappers take pleasure in cultivating their own personal mythology, and Paul Laster — better known by his stage name Motion Man — is no exception. It begins with the etymology of “Motion Man,” which, he says, derives from his break-dancing talent in high school. But it also befits his character. Not only is Laster in constant motion — popping in and out of studios, cutting tracks, inventing rap personae — he’s also hyperactive. Sitting in a West Berkeley studio with producers Jim Greer and Brandon Arnovick (aka the Rondo Brothers), he fidgeted and drummed his palms on the table. He got up several times, flitted about the room, and sat down again, his eyes darting from person to person. He turned his attention to the table.

“That’s what I’m saying,” Motion piped. He turned to his older brother, who was leaning over the kitchen counter, sipping an Icee. “Peep game, Kev. This ain’t square.” He pointed at the table. “Look at it!”

“That’s ill!” Motion said, gesturing to the table excitedly. “That’s real shit, though. Look at it. That’s real shit. This is what you call art.” His voice took an air of superiority. “People always shop, and they buy the wrong things. Because they think they want to impress people.” He continued: “You know what? You need to get what you want. I want this table in my house, because it’s art.”

Motion’s excitability informs his creative process, as well. “It’s not clinical or overly thought-out,” said Greer. “He’ll pace around the room for two hours, then he’ll say, ‘Okay, let’s go!’ … He’s very in-the-moment.” The Rondo Brothers formed in 2003, after Dan “the Automator” Nakamura hired both of them to work on his album Ruckus. Since then, they’ve collaborated with a lot of singer-songwriters and mid-career emcees. They’re accustomed to artists who micro-manage, Greer said. Normally, they do a lot of overdubbing and retweaking of tracks. Working with Motion was different. He’s more of a ready-fire-aim kind of guy, Greer assured. He does everything in one take.

The Rondo Brothers met Motion Man about three years ago through a mutual friend from the metal group Hatebreed. Motion and former Hatebreed guitarist Sean Martin had toured together in London, and hatched a plan to record a couple tracks in the Rondo Brothers’ San Francisco studio (the producers operate out of several Bay Area locations). At that time, the Rondo Brothers were recording an NFL commercial with Hieroglyphics rapper Casual. It featured cornerback Chad Johnson in a variety of poses — driving a small rocket ship through a digital skyline, manipulating a pair of turntables, leaning back in a swivel chair. Where ya at, Ocho Cinco? Casual called in the background, ID-ing Johnson by his jersey number, 85. After the ad came out, Ocho-Cinco became Johnson’s nickname and then name. Motion was enchanted.

It didn’t take long for Motion to curry favor with the Rondo Brothers. Soon, they’d made a new spate of ads — one for Subway and one for a Sprint smartphone called the Palm Centro. Arnovick pulled the commercial up on his laptop. It begins with Santa Claus pulling a Palm Centro from one of his gift boxes on a dark and blustery Christmas Eve. The device teleports him to a summery, palm-lined boulevard, presumably in Southern California. A newly svelte Santa cuts off his beard, removes his glasses, flirts with a woman on a golf course, tells a kid on a bike to “Call me ‘Claus.'” Motion Man raps in the background over a beat set to the melody of “Jingle Bells.” Apparently, the ad was a raging success — even though Palm Centro flopped on the market.

It was also the beginning of a fruitful collaboration. After the three recorded about ten tracks together, Motion Man decided he could trust the Rondo Brothers. “Hey,” he said. “I think I can work with you guys.”

They make an odd team, and their resulting album, The Foreign Globester, is pretty odd, too. Motion Man inhabits the persona of doddering, befuddled superhero who travels the globe with a bottle of hand sanitizer in tow. The beats are fascinating, and often a lot closer to electronica than hip-hop. Greer and Arnovick (who like to go by “Diamond Jim” and “The Bastard Prince,” respectively) play all the instruments live. That was partly a business decision since they want to license the music without having to clear a bunch of samples. But it also makes the music a little hard to pin down. The title track on Foreign Globester has an extended conga outro. “Last Night Ruled” is a hodge-podge of choppy keyboard and a bass line that resembles the one from Michael Jackson’s “I’m Bad.” “Bohemian Grove,” which guest rapper K-Flay (the album is replete with guests), is straight disc, with four-on-the-floor drums and spacey effects.

Motion, who grew up in Hayward and credits himself as the second emcee to guest star on KMEL‘s World Famous Wake-Up Show (which later moved to Power 106 in New York), said he was pleased to infiltrate the world of white-boy producers in skinny jeans. “Brandon Argyle and Jim Tight-Shirt,” he calls them.

“I started getting time-sensitive e-mails from them, like, ‘Can you come up tonight?'” Motion said. “I hadn’t been in that world, so when they introduced it to me, I was like, ‘It’s rad.’ I was telling my family ‘Look, I might leave from work, and go straight to San Francisco.'” Motion gesticulated rapidly as he talked. “Here’s my phone — at that time, I had a Sidekick,” he continued, pantomiming the phone. “Bam. ‘Can you come up tonight?’ ‘Yes — okay guys, I’m leaving work, I’m going straight to San Francisco.'”

That, apparently, was how the superhero identity began. It’s also how Motion wound up in a swank Berkeley studio (actually home to the music production company Ninth Street Opus) with an espresso machine and a box of gourmet cupcakes on the countertop. In typical superhero fashion, Motion arrived with three Kangol hats, a pair of drugstore sunglasses, and eight different baseball jerseys in tow. He looked at them all appraisingly. “Just in case,” he said.

“Motion Man sounds like a superhero,” said Arnovick. “‘Cause it has ‘man’ in it. Like Superman. Or Batman. Or Spider-Man.”