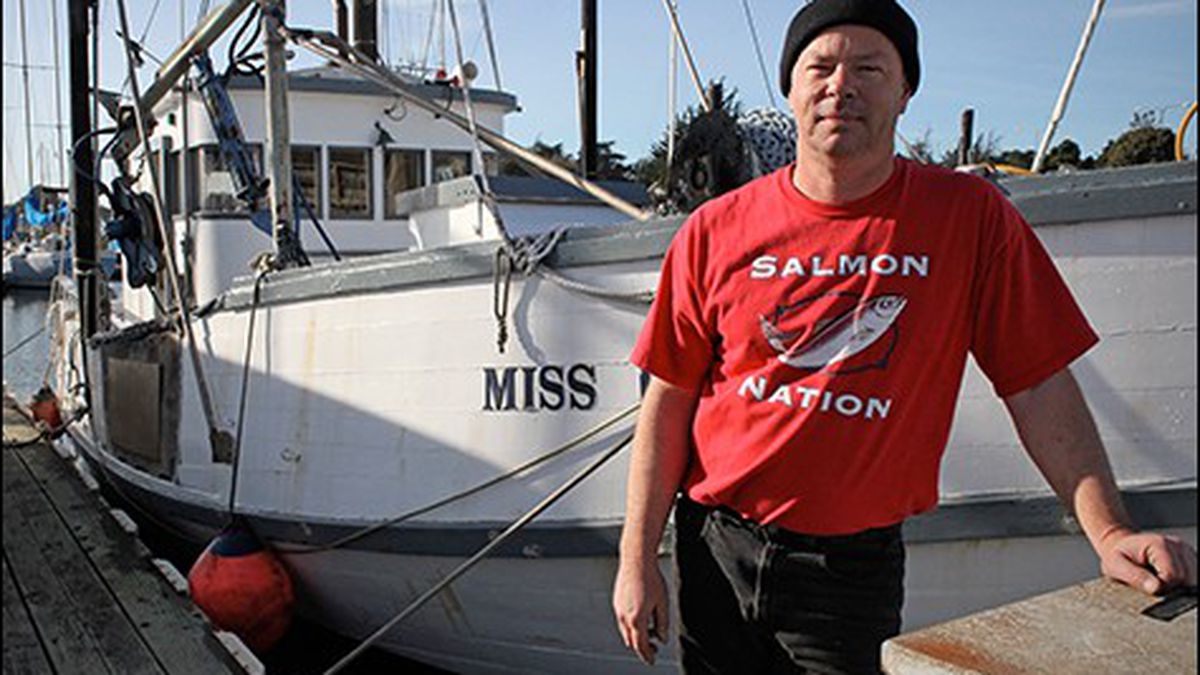 The catch limit on lingcod, an increasingly popular fish, is about to go up. But some anglers and scientists think the new rules could lead to more overfishing.

A recent decision to increase the legal harvest limit of lingcod, a popular West Coast fish species, has sparked debate and some disagreement among fishermen and scientists. The lingcod population is higher than it’s been in several decades, according to the Pacific Fishery Management Council, the Portland-based panel of scientists and fishermen that approved the regulation change in late June.

“This is an effort to increase angler opportunity,” said John Devore, a staff officer with the council. According to Devore, biologists have estimated that California fishermen could sustainably harvest as many as 1,000 tons of lingcod per year, according to Devore. But fishermen — commercial and sport combined — have only been taking an average of 337 tons annually, according to data collected through angler surveys. “This is an underutilized stock,” Devore said.

But many sport fishermen don’t want the increased harvest allowance, which will take effect next year and will raise the daily catch limit on lingcod from two to three fish per angler. The new rules also will lengthen the sport fishing season for lingcod, giving anglers more time to harvest more fish. “How many lingcod does a person need?” said Jon Yokomizo, captain of the Emeryville party fishing boat Sea Wolf. “They’re saying that we have so many lingcod out there that we couldn’t possibly catch enough to dent the population, which I think is idiotic.”

Yokomizo, who has been fishing in Bay Area waters for 35 years, said he remembers watching fish populations — including that of lingcod — plummet in the 1980s due to overharvesting. Efforts to restore the population, including reducing the daily catch limit for sport fishermen from ten to five fish, and eventually to just two — along with fishing bans in critical habitat areas — seem to have worked. The population of lingcod, considered “seriously depleted” in a 2001 report from the California Department of Fish and Wildlife, is now back up, although Yokomizo said lingcod are still more scarce now than when he was a teenager. Given the precarious history of the species, Yokomizo said he would like to see fishery managers act conservatively.

“But this is conservative,” insisted John Budrick, an environmental scientist and lingcod specialist with Fish and Wildlife, which collaborated with the fishery management council in drafting the new regulations. Budrick said population assessments place lingcod numbers at their healthiest levels in decades. “Why would you want fishermen to catch less than what they could [be catching sustainably]?”

The lingcod is the largest member of the greenling family, a group of slender West Coast fish that live in rocky bottom habitat and kelp forests from Baja California to Alaska. They are aggressive predators that can reach five feet in length and eighty pounds in weight, though the average fish weighs less than fifteen. Lingcod, whose flesh is flaky and mild, is a popular target for sport fishermen.

It also has high commercial value, with whole fish selling off the dock to chefs and retailers for $7 or $8 a pound. Tom Worthington, co-owner of the Monterey Fish Market in Berkeley, said the number of lingcod coming to his store has jumped noticeably in the past four or five seasons. Worthington supports the move to increase the recreational harvest, as long as the bag limit is promptly reduced again if it appears that the lingcod population is dropping. “Good fishery regulators need to go both ways,” he said. “If they only take away with reserves and shortened seasons, then [fishermen] won’t trust them.”

Mike Hudson, a commercial fisherman from Oakland, also endorses the change. Hudson believes that many species of bottom-dwelling fish on the West Coast could be harvested more intensively. He said restrictions put in place about fifteen years ago have done their job — that fish populations “are rebuilding fantastically,” and that limits on harvest should be increased to maximum sustainable levels. “We’re leaving billions of dollars in the ocean right now,” he said.

Several sport-fishing lobbying groups, including the Humboldt Area Saltwater Anglers and the Coastside Fishing Club, also have supported the proposal to allow a greater lingcod harvest.

But most of the several dozen sport fishing boat operators along the Central California coast who make up the Golden Gate Fishermen’s Association oppose the new rules, according to the group’s president Roger Thomas. “[Biologists] think there are millions of lingcod out there and they can handle the pressure,” said Thomas, who also operates a recreational party fishing boat in Sausalito called Salty Lady. But he pointed out that Fish and Wildlife has been wrong before when the numbers of spawning Chinook salmon in the Sacramento River proved to be far lower than what state biologists predicted. “We just hope they’re right [about the lingcod population],” Thomas said.

Lingcod grow quickly, making them more resilient to increased levels of fishing than slow-growing species like bluefin tuna, Chilean sea bass, and the many types of rockfish that live alongside lingcod, all of which have been overharvested in places. But the number of lingcod being caught has increased recently, Thomas said — a fact he thinks officials have not fully considered. Thomas said anglers who normally fish for salmon, halibut, and striped bass, of which numbers are down, have been focusing more on rockfish and lingcod this year. He said that the establishment of marine reserves — which prohibit fishing — in 2010 has had the unintended effect of concentrating fishing to a smaller area of water. These factors have made lingcod vulnerable to overfishing, Thomas warned.

Opinions in the scientific community vary on whether boosting the lingcod harvest will prove to be a smart move or not. “My fear is that they’ll overshoot again and then have to clamp down again,” said Milton Love, a professor of marine biology at UC Santa Barbara and author of Certainly More Than You Want to Know About the Fishes of the Pacific Coast. “Lingcod were designated overfished, and they had to go through a rebuilding period. Why go through that endlessly? It’s painful for the average angler to go through these boom-and-bust cycles.”

One danger of increasing the bag limit when stocks appear to be robust is a fish species may not reproduce as well the following year, Love said. Low abundance of food, such krill and small fishes, can also hinder population growth.

But Crow White, a professor of marine science at Cal Poly San Luis Obispo, said culling the population of an animal up to a certain point can help maximize its reproductive rate — a principle observed in rodents and rabbits. He said keeping lingcod from maxing out the carrying capacity of their habitat could ensure the fastest reproduction of adult fish.

Fishermen are not required to keep their limit of fish, and some anglers may voluntarily restrict themselves to taking fewer fish than they are allowed to. But Yokomizo, skipper of the Sea Wolf, said the competitive nature of the party fishing boat business makes it difficult, if not impossible, for a boat captain to limit customers to fewer fish than the law allows. “If the other guy is letting his customers take three lingcod, and I limit them to two, then why would they want to fish on my boat?” he said.

He added that fishermen who catch two lingcod and then devote extra time to trying to catch their third will likely have impacts on other unwanted — or protected — species, like canary and yelloweye rockfish, two fish that were heavily overharvested. When these fish are caught by accident, they must be released. However, rockfish that are reeled up from deep water and released often die.

Yokomizo added that the potential for lingcod overfishing has already increased this year because of the low numbers of other sport fish — like striped bass salmon — available. “My brother [owner of the New Huck Finn party boat] and I have caught more lingcod this year than in the past two years combined,” he said. “Now, if we’re taking three per person, how is that going to affect things?

“I’d rather have a two-fish limit now and have fish in the future,” he continued. “The last thing I want is in two years to have to go backward again and have the limit go to one lingcod.” &#8;

Correction: The original version of this story misstated the name of a fish that has been heavily harvested. It’s the yelloweye rockfish — not the yellowtail rockfish.

The Proof Is in the Play