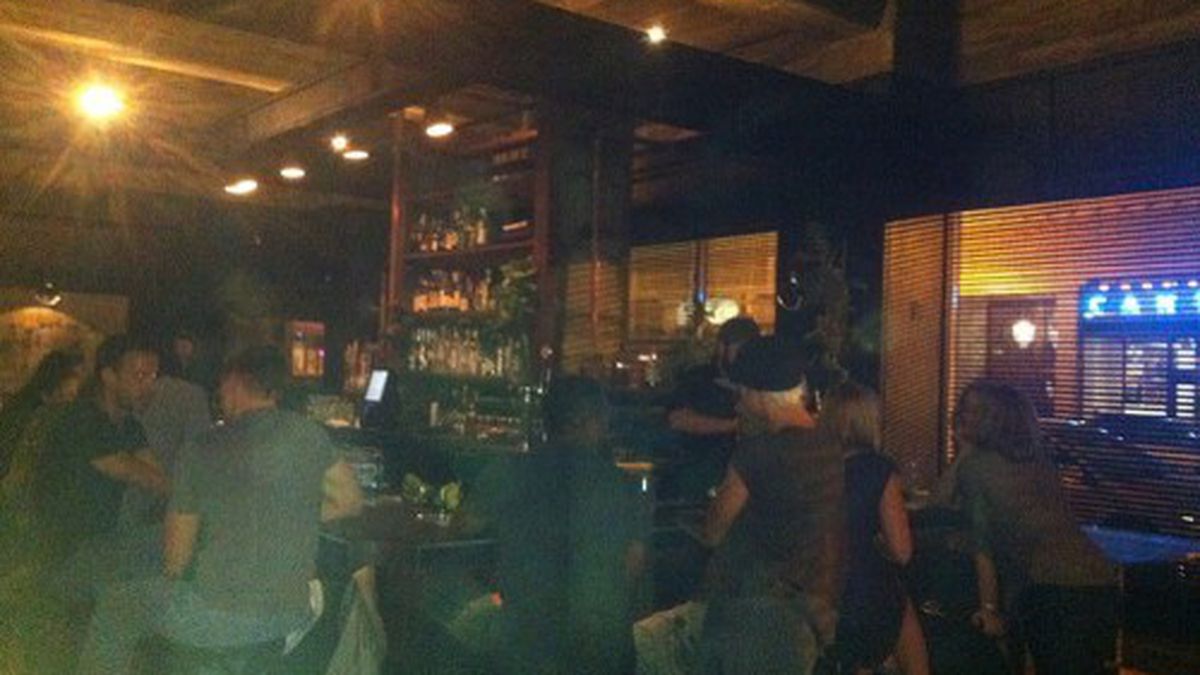 Hot on the heels of Bar Dogwood and the new Rudy’s Can’t Fail, yet another business has opened in Uptown: Make Westing, a new bocce (!) bar founded by East Bay natives Glenn Kaplan and Chris Foott and now occupying the former jewelry store across the street from Rudy’s, on the West side of Telegraph. After what appears to be a fairly epic construction process (see cool photos here), the place officially started serving last night; here are our opening-night impressions, as well as some insights from Foott:

The design: Foott said he and his partners — including Matthew Maddy, who’s overseen construction and design on bars all across the country — wanted to be respectful to the space while classing it up a little: “We wanted build something that could feel like it’d been there forever,” Foott said. “And we wanted to keep the rawness and grittiness but give it a really beautiful veneer.” In this case, that means industrial-chic all the way — the bar is salvaged slate, the walls are black and mostly bare, and the whole aesthetic is pretty minimal. There is, of course, a pair of indoor bocce ball courts off to the side of the main room, both of which were consistently full last night. Also worth noting: Make Westing feels significantly more spacious than most bars in the area — always a good thing.

The bocce ball thing: Foott said much of the inspiration for adding bocce courts came from his experiences living and working in England, where “pubs are all about going into somebody’s living room.” The property has the space for it, and in a crowded market, bocce’s a way to stand out: “It’s fun, it’s different, it’s a great drinking game — it makes us a little bit more than just a bar,” Foott said.