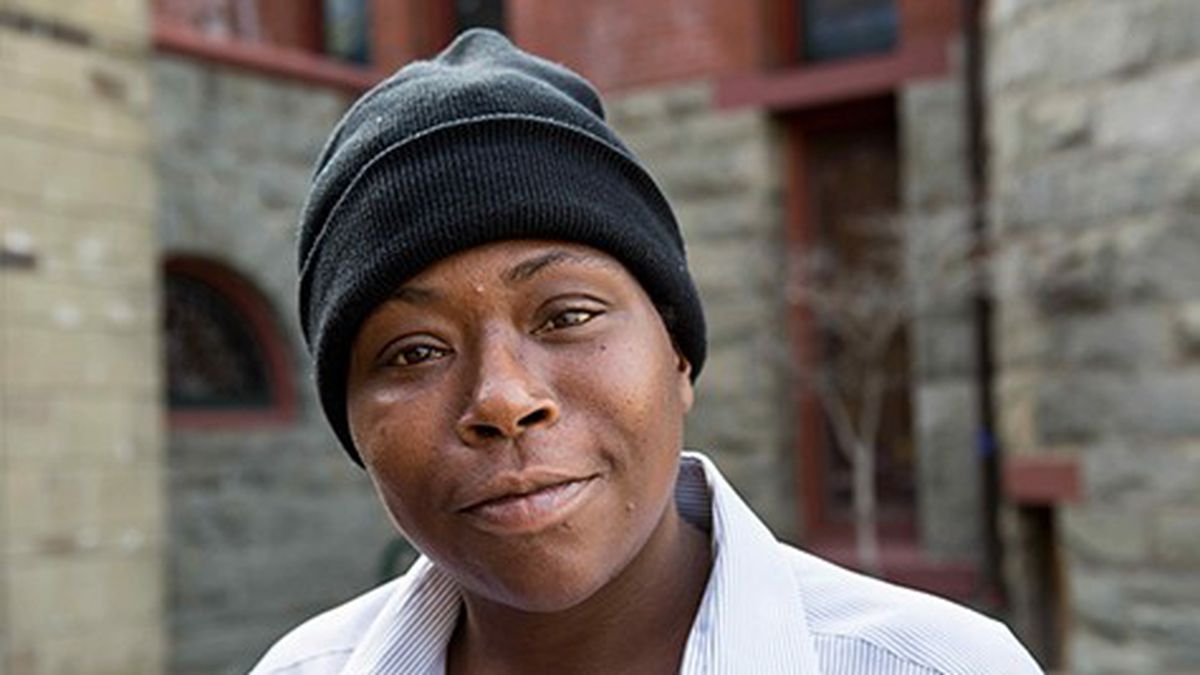 Yema Lee grew up surrounded by crime in West Oakland. Members of her family started selling cocaine and heroin when she was eleven years old. At twelve, she committed her first burglary. Lee, now 41, spent a total of eight years in jail and prison during her twenties and thirties. Each time she was released, it seemed impossible not to return.

“When you come out of prison and jail, it’s like starting all over again,” she said in a recent interview. “It’s like they’ve got a leash or a choke chain on you. … And I never had anything or anyone to go back to.”

With the help of programs that support people reentering society, Lee eventually broke the cycle and now works as a peer mentor at the Gamble Institute, a nonprofit that provides mentoring and support to formerly incarcerated people. She and nineteen other former inmates are sharing stories of their difficult upbringings and their often-intense struggles to rehabilitate their lives after incarceration as part of The Welcome Home Project, a new photo exhibit and book featuring their personal narratives.

The project is the brainchild of Micky Duxbury, a Berkeley-based writer who has partnered with Community Works West, an Oakland-based arts and education nonprofit that runs programs behind bars and supports prisoners and their families. Duxbury, who has written extensively about criminal justice (including for the Express), interviewed twenty formerly incarcerated people, most from Alameda County, about the uphill battle of reentering society and the seemingly insurmountable barriers that contribute to high rates of recidivism in California.

Ruth Morgan, executive director of Community Works West and a longtime photographer who has documented prison conditions, took portraits of the Welcome Home participants. The photos will be on display on the third floor of Oakland City Hall until October 29.

Duxbury has also published a booklet that features the photos alongside edited first-person narratives transcribed from her interviews. She is currently distributing the booklets locally to formerly incarcerated people with the help of the Alameda County Probation Department, the Alameda County Health Care Services Agency, and other organizations that work on reentry. Eventually, she hopes to partner with local jails and prisons to make the publication available to inmates. She will also distribute them at a Welcome Home panel discussion — called “Getting Out and Staying Out” — on Friday.

Taken together, the stories and photos of Welcome Home offer striking portrayals of the former inmates’ hardships and traumas, their challenging roads to recovery, and, perhaps most importantly, their personal and professional accomplishments in spite of it all.

In this way, Welcome Home aims to break down the stigmas associated with incarceration in a powerful and direct format. And these are stigmas that have very real consequences for people reentering society who face significant housing and employment discrimination because of their criminal records.

Most of the interviewees spent between five and fifteen years behind bars for a range of crimes. In the booklet, participants talk openly about a wide range of sensitive topics, including physical abuse from family members, getting involved in sex work as teenagers, losing parents and friends to overdoses and violence, and spending years in solitary confinement.

“The idea is to show the community that people can and do change,” said Morgan, who shot compelling, up-close portraits of the participants with their families and at work.

Duxbury got the idea for the project — which was supported by a grant from nonprofit Cal Humanities — while doing an interview with Dan Simmons, a program analyst with a City of Oakland anti-violence program. Simmons, who himself was formerly incarcerated, had pointed out that people who leave prison and manage to stay out have uniquely valuable insight and rarely tell their stories. Their perspectives, Duxbury said, could be inspiring to people reentering society and could shed light on the importance of investing in the kinds of programs that ultimately helped these twenty people.

For example, many of the people interviewed had little or no access to drug treatment programs while locked up. And when they were released, they had virtually no money and were often forced to return to neighborhoods plagued by poverty, crime, and drugs.

In the booklet, Duxbury cites the fact that in California, roughly 65 percent of people leaving prison return in three years. And that recidivism is costly, given that the state now spends about $62,000 annually to house a single inmate in state prison.

Javier Jimenez, a 36-year-old San Leandro resident featured in the project — who struggled with drug addiction and has been in and out of jail and prison for much of his life — explained it to me this way: “If I continued to use and stayed out there in the lifestyle, I was either going to kill somebody or I was going to get killed.” The only thing that saved him after his final stint behind bars was a residential treatment program that helped him conquer his addiction — and ultimately hired him to help others.

Now, Jimenez is a case manager for Operation Ceasefire, the city’s anti-gang violence program. “My past pays for my future,” he said.

Welcome Home is about “letting people know that there are people out there who have been incarcerated and who have overcome these obstacles. And they are successful and they are actually giving back,” Jimenez said, adding, “Somebody out there is going to relate to one or more of these stories.

Correction: The original version of this story cited an incorrect number for the current annual cost per prisoner in California. It is $62,000, not $51,000. This version has been corrected.