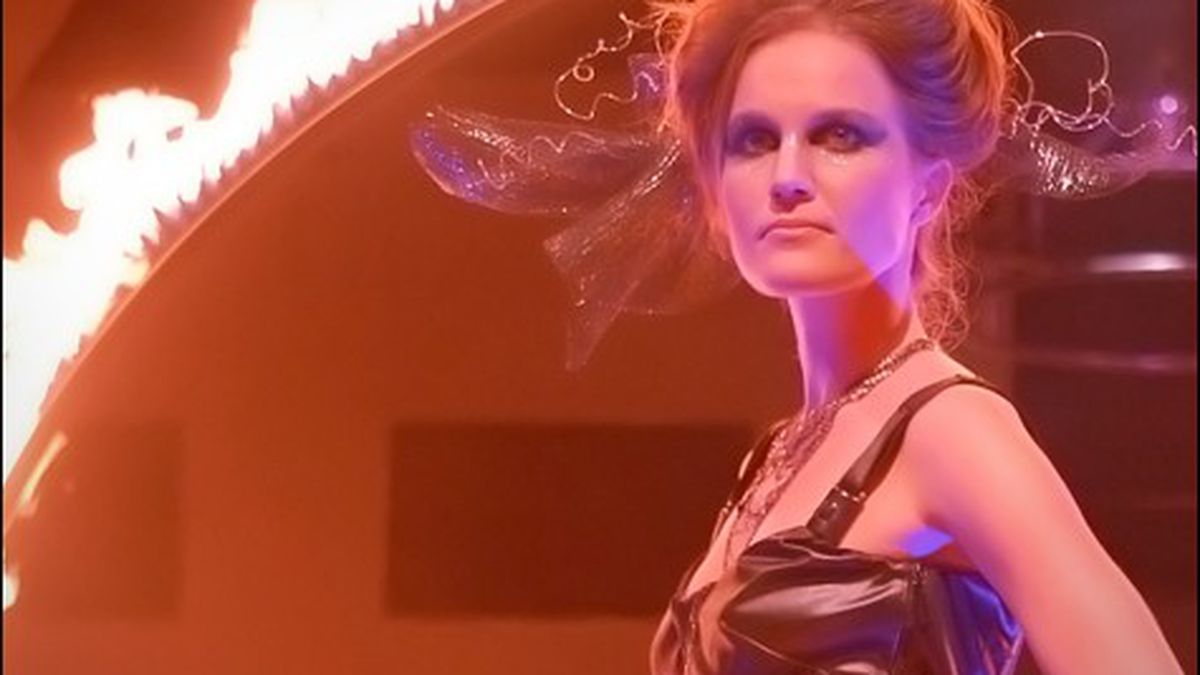 Fiery Fashion at The Crucible

The industrial-arts facility celebrates its fourteenth anniversary with "hot" couture.

Fashion shows are by definition spectacles, but who said all spectacles are created equal? From Alexander McQueen’s nail-lined “spike” runway in 2000 (models had to be suspended above it) to Karl Lagerfeld’s $10 million Great Wall of China catwalk in 2007 to the mile-long runway at the 2010 Copenhagen Fashion Week, an emphasis on the spectacular is woven into the fabric of the runway psyche.

Fire, for seemingly obvious reasons, hasn’t really ever been part of the equation. But at The Crucible (1260 7th St., Oakland), it happens to be the spectacle of choice. The 56,000-square-foot industrial-arts education facility is dedicated to crafts like glass-blowing, bronze-casting, and arc-welding, so it’s apt that it would celebrate its fourteenth anniversary by bringing together the Bay Area’s plethora of arts skill sets and its favored element. On Friday and Saturday, January 11-12, when The Crucible hosts “Hot Couture: A Fusion of Fashion and Fire,” that means fashion designers playing with flame are welcomed into the fold.

The Crucible opened in Berkeley in 1999 before moving to West Oakland. Over the years it has hosted its famed fire-arts festival, several fire operas, fire ballets (including a fiery rendition of Romeo and Juliet), and one prior iteration of the fire fashion show. Fire is not only the tool used to create much of the venue’s art, but also idolized in its own right.

And so for its anniversary, The Crucible has created a fiery runway of epic proportions. Constructed at the West Oakland space out of twenty tons (yes, tons) of compacted aluminum, the stage will also feature a giant central flaming sculptural piece that will be incorporated into the runway walks. “It’s a fashion runway, but it’s atypical in that it’s 3-D,” said Steven Young, executive director of The Crucible. “The models will interact with the fire, adding to the fantasy.”

In preparation for the “Hot Couture” show, The Crucible issued a call for designs, asking that fashion designers collaborate with industrial artists: the welders, glassworkers, and technology artists abundant in the maker-obsessed, Burning-Man-infused Bay Area art scene. The final result is twelve teams presenting 48 couture pieces — all varying widely in materials and concepts — in the fantastical runway show.

The evening will consist of a cocktail hour with faculty demonstrations of The Crucible’s industrial arts specialties, followed by three fashion shows, each separated by equally spectacular intermission entertainment. Guests will be invited to celebrate the art of the spectacular, including a “fire-breathing violin” (which spits fire as it’s being played), an aerial acrobatics performance, a “presentation of fantastic latex fashionwear,” and a surprise grand finale. “It’s a nightlong fashion event,” said Young. “It’s not just a runway show and then we’re done. Our goal really is to create a fashion spectacle.” 7 p.m., $30-$75. 510-444-0919 or TheCrucible.org