To keep their restaurants full, restaurateurs turn to a neglected meal. 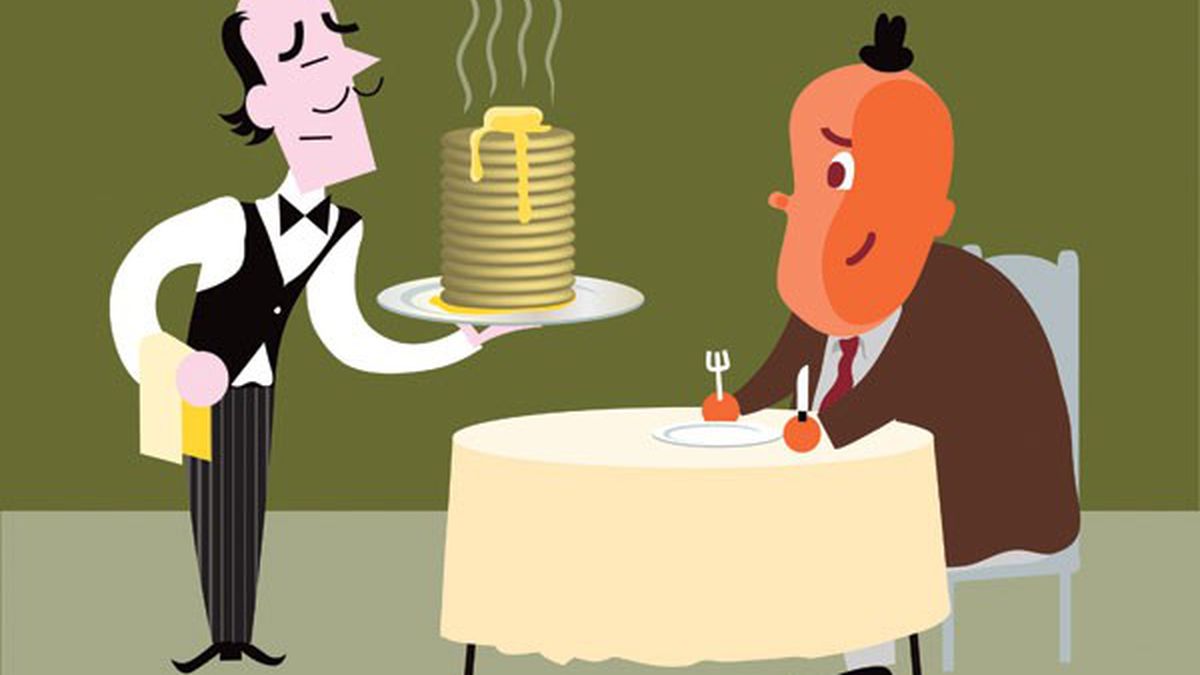 Breakfast is arguably the most important meal of the day. But for Bay Area restaurants coping with the ravages of the economy over the past few years, this meal has taken on a whole new value.

With fewer people eating out, and those who do ordering less than usual, restaurants have struggled to find new ways to generate revenue. As a result, a number of new restaurants, and even established ones that were once dinner-only, have started opening earlier to try to entice more customers through their doors with breakfast or brunch.

In the past two years, new breakfast and brunch offerings have popped up all around the Bay Area, from the fried chicken Benedict at Picán in Oakland to the pumpkin ricotta soufflé pancakes at the Village Pub in Woodside to the chicken congee at Chef Charles Phan’s newest Out the Door in San Francisco.

More will arrive in the new year with Bracina, expected to open in the spring in Jack London Square in Oakland and set to serve brunch. And in February, Gather restaurant, which just opened last week at the David Brower Center in Berkeley, will add breakfast to its lineup with dishes such as an egg pizza and French toast with local honey-braised seasonal fruit.

“The number-one reason so many restaurants are doing this is that rent is 24 hours a day, and anytime you’re not using the restaurant, it’s just sitting there and not producing,” said Clark Wolf, a longtime restaurant consultant in both California and New York. “Plus, let’s face it, hunkering down to eggs and any kind of pork is always a good thing.”

While lunch and dinner traffic in the restaurant industry nationwide stayed about the same in 2008, breakfast business rose 2 percent from the previous year, according to the New York-based market research firm NPD Group. In the third quarter of 2009, business at restaurants nationwide dropped 4 percent from that same period last year, while breakfast business fell 3 percent. Indeed, the burgeoning breakfast trend may have helped offset what could have been a bigger loss for restaurants, Clark said.

Shandel Story, general manager of the eight-year-old restaurant Fonda in Albany, agrees. Fonda started serving its Mexican-inspired brunch in spring 2008 as a way of combating a drop in sales and taking advantage of the fact that more locals were sticking close to home on weekends. Recognizing that families are especially wallet-conscious these days, Fonda decided to let kids eat free at brunch. The restaurant also is considering opening for brunch this New Year’s Day for the first time.

“Brunch gives us exposure and helps us maximize profitability on weekends,” Story said. “It’s a small player. But in this economy, every little bit helps.”

Indeed, even though brunch was always envisioned as part of Picán’s concept when it opened earlier this year, owner Michael Le­Blanc has been gratified to see that it has attracted the most diverse group of diners his restaurant gets, including those who don’t eat at Picán at any other hours of the day.

“We’ve doubled our brunch business from four months ago,” he said. “We’re solidly in the black with it. It definitely adds to our overall customer base.”

Even established breakfast places are redoubling their efforts. The popular breakfast-and-lunch-only Sunny Side Café in Albany added a second location in Berkeley last month. When it opened in Albany six years ago, there were few if any other brunch spots around, said Sunny Side Café owner Paul Revenaugh. But over the past two years, more than a half-dozen other restaurants in the area have tried adding breakfast or brunch. Only one — Fonda — has maintained it. Revenaugh thinks he knows why: He believes many restaurateurs have the mistaken notion that breakfast is a lot simpler to do than it actually is.

“Breakfast doesn’t get a lot of respect in the foodie world,” he said. “It’s like a second-class citizen. People think it’s so easy and that food costs are low. But customers expect a lot for less.”

Technomic, Inc., a Chicago restaurant-consulting firm, estimates that breakfast foods are about 25 percent more profitable than lunch or dinner. But that figure isn’t necessarily true in the demanding Bay Area, where diners are apt to want not just any ol’ egg, but a farm-fresh one, not to mention artisan bacon from heritage pigs, fresh-squeezed organic juices, and an array of elaborate house-made pastries.

Morning customers also tend to be far pickier than others, Revenaugh said, often asking for far more substitutions than they would at dinner. That creates more work for the kitchen staff, slowing down service when the restaurant is relying on volume to make a profit off a $10 meal.

San Francisco’s Incanto learned that lesson earlier this year when the dinner-only restaurant experimented with weekend brunch. Incanto offered brunch with house-milled, whole wheat polenta with egg and pancetta; fresh sardines and eggs; and the “butcher’s treat” — eggs with various offal, including sweetbreads.

The restaurant added brunch in hopes of avoiding layoffs, said owner Mark Pastore. It lasted all of three months, attracting only about thirty patrons each morning.

Incanto didn’t have to let any employees go, but it cut the number of shifts per worker and opted not to fill openings when an employee left.

“We’re all scratching our heads to figure out how to stay afloat and serve our guests better,” Pastore said. “But when you’re an established restaurant like we are, it’s hard for people to get their head around a new concept. People think of us as a nice dinner place. It was hard for them to think of coming here to brunch.”

When the economy rebounds, will breakfast and brunch service still be as prevalent?

Restaurant consultant Clark believes they’re here to stay. “Restaurants are not getting back to the good old days. The economy isn’t ever going back to what it was. It wasn’t sustainable,” he said. “You’re going to see what you see in Europe — places that stay open all day and are all-purpose. Those kinds of restaurants are more popular now. It’s more sensible.”

Ari Derfel, co-proprietor of Gather, precisely such an all-day restaurant, is skeptical. When the lunch and dinner crowds pick up again, he suspects other restaurants will gladly jettison the morning meal.

“Chef-driven restaurants that are all about a chef’s particular cuisine tend to focus on dinner,” he said. “They look at breakfast as not that cool and interesting. Even if they’re serving it now, they’ll stop once business gets better.”

As for Incanto, Pastore said he has no plans to offer brunch ever again.

Previous ArticleParker Griffith. Wrong for Alabama. Or Not.

Next ArticleX-mas Day Fireplaces Snuffed Out?