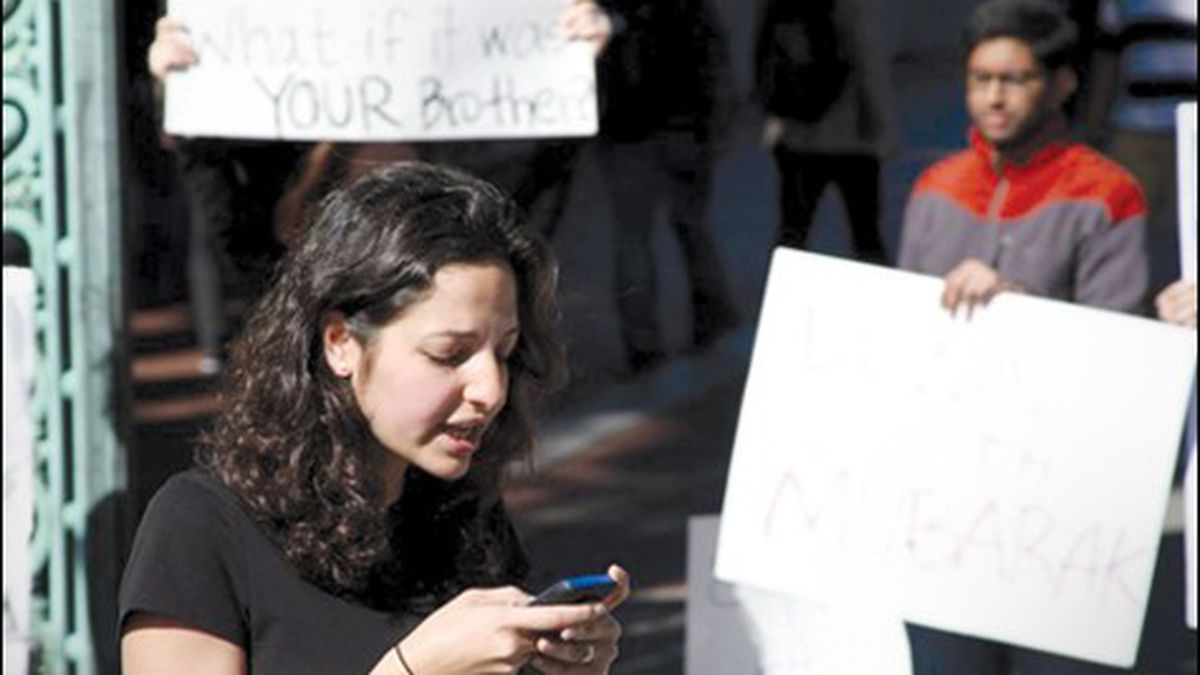 Facebook has changed the way we communicate with family, spread political messages, and do international business. Who says it's not revolutionary?

In his sassily titled New Yorker article, “The Revolution Will Not Be Tweeted,” Malcolm Gladwell argued that decentralized social movements — i.e., the ones generated on Facebook and Twitter — accomplish far less than the ones that are led by a leader or messiah. Recent events in Egypt appear to have proved him wrong. Roughly two-thirds of the country’s population is thirty years old or younger, meaning that the vast majority of Egyptians are part of the so-called “Facebook generation.” And they used Facebook as a primary organizing tool — so much so, in fact, that the Egyptian government cut all Internet access during the last week of January, to no avail.

A tweet posted last Friday by pop star Janelle Monae said it all: In Egypt, the revolution was not only televised — it was Skyped, tweeted, Facebooked, texted, and carried out over keyboards before it was taken to the streets. Journalists had to find new catchphrases for that type of popular uprising. 60 Minutes called it a “New Age Revolution.” Newsweek called it a “Facebook revolt.”

All clichés aside, it’s clear that Facebook — which started out as a meat market for Ivy League college kids — has become a crucial portal for information exchange, especially internationally. It allowed the Egyptian democratic movement to quickly spread to other countries. Locally, UC Berkeley Egyptian students Salma Mousallem and Tarek Hosny used Facebook to drum up support for their families back home by setting up a page titled “Calling International Support for Egyptian People.” Mousallem said that the network can be a useful organizing tool since the audience is already interested and targeted. But it’s also helpful just to keep track of everybody when the country isn’t in turmoil. Since coming to Berkeley in August, she’s used Facebook both as an umbilical chord and a way to monitor the political situation. “Not everyone has time to read all the articles,” Mousallem explained. “But people can look at pictures really quickly. They can check status updates and see what’s happening.”

Mills grad student Sahar Shirazi concurred. She spent the first six years of her life in a Kurdish border town of Iran before immigrating to the United States. Now she communicates with family in the Middle East via e-mail and social networking, albeit with reservations. “A lot of my family is not on Facebook for reasons of security,” Shirazi said, adding that she first felt the reality of government intervention during the elections of 2009. That was the point when Iranian officials began cracking down on Facebook users. Shirazi said that, somehow, the Iranian government had procured technology that allowed it to source comments by Facebook users. “If I were to post something on Facebook that criticized the Iranian government, and people commented on it … then they could read those comments and trace them back to family members in Iran,” she said. “And they were using it to interrogate them.”

The government’s fear of Facebook became even more apparent when Shirazi visited Iran in December of 2009. She said airport security in Tehran scanned the lines for people who looked “Americanized.” “The would pull you out and force you to log into your Facebook account,” Shirazi recalled, indicating that luckily, she’d taken a precautionary measure by changing her whole profile before the trip, and eliminating all personal information. She didn’t get pulled out of line. She did, however, experience several Internet brown-outs in Iran, which forced revolutionaries to communicate the old-fashioned way — by calling to each other from rooftops.

Clearly, Facebook can serve as a powerful organizing tool, and while its efficacy remains a point of contention, it’s at least potent enough to scare an authoritarian regime. But it’s also a utility. The perpetual newsfeed of status updates, photos, and videos makes it easy to keep in touch with family or friends in other countries, at no cost. Mousallem said she uses Facebook for “superficial communication,” and if she really wants to talk to somebody, she’ll do it via Blackberry. But others say it’s great, especially if you’re trying to keep track of family abroad in a voyeuristic way. “I use Facebook to stalk my niece,” admitted former Express staffer Linell Ragsdale, who originally hails from South Africa.

Politics and personal communication aside, Facebook also proves useful for people who do business overseas. Bay Area DJ Erick Santero, who was born in New York to Central American parents who were deported when he was just an infant, says that most of his fan base is in Latin America. “It’s an easy way to promote down there without having to get all up in Latin American media, which is hard to break into,” Santero said. Moreover, he added, Facebook and Twitter provide an easy vehicle to promote new records, crowd-source, and cast a wide net.

“I try to strike a balance between Facebook and Twitter,” Santero said, adding that each site has its own separate, targeted audience. His Facebook friends represent a vast cross-section of family members, real friends, acquaintances, sycophants, and frenemies, whereas his Twitter followers are mostly people in the music industry. “And then there are more subtle media sites that I use, like SoundCloud,” he added, “which is very much a producers’ network.” Often, he’ll upload a mix on SoundCloud and then post it to his Facebook profile.

But the Facebook revolution isn’t just borne out in politics, or social movements, or remote marketing. In some ways, it’s purely pragmatic. Take it from local spoken-word poet Dahled Jeffries, who uses Facebook to communicate with an expat aunt in France. “Vs. regular phone, the cost difference is huge,” he wrote in a recent Facebook post. “There’s also the asynchronousness of the communication which overcomes time zones and all that. (Like texting — when you can, I write when I can.) Vs. Skype: Some of us are paranoid to have cameras on our computers.”

Whether or not the so-called “Facebook revolt” will ultimately be successful in Egypt remains to be seen. Regardless, it’s clear that in the seven years since Mark Zuckerberg launched the network from his college dorm room, a much larger revolution has taken place. The site now has more than 600 million users, which means that if Facebook were a country, it would be the third most populated, according to TechXav technology magazine. It’s affected politics, altered communication, pulled us closer together, compressed our universe, and changed our lifestyle on a global level. Malcolm Gladwell was wrong.

The Express’ Endorsements for the June 3 Primary