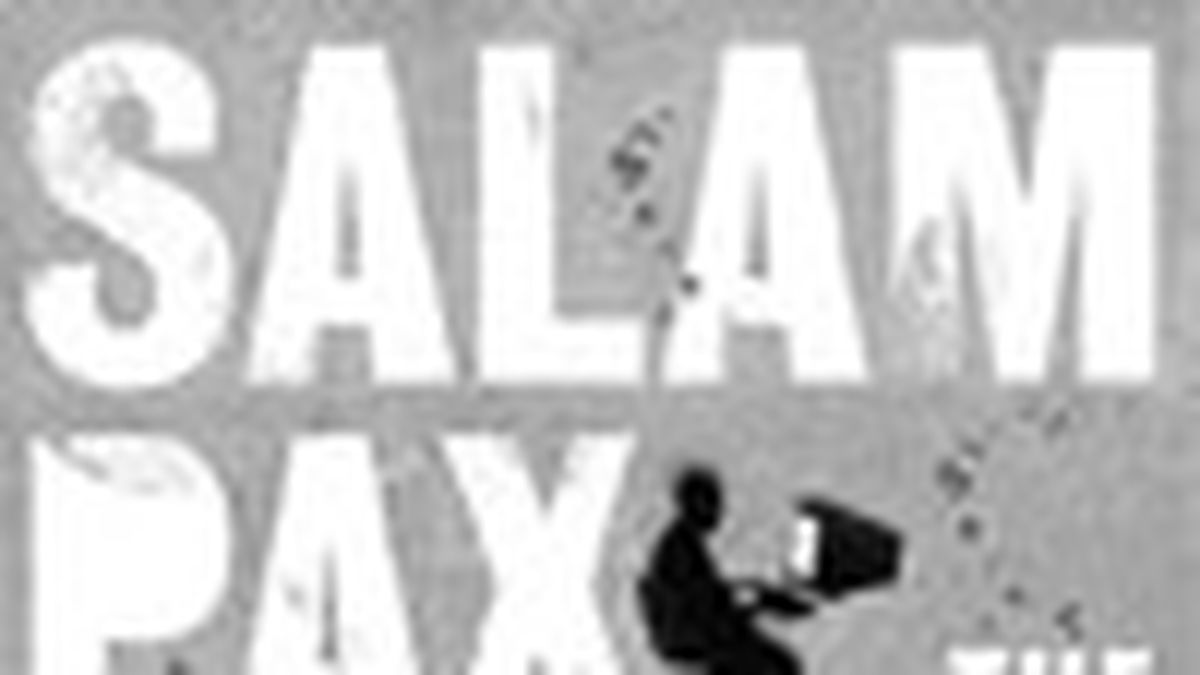 Book briefs for the month of November.

From July 16, 1945 to November 4, 1962, the US government detonated 216 above-ground nuclear test bombs. For 100 Suns, photographer Light compiled one hundred images of these explosions from the Los Alamos National Laboratory and the US National Archives in Maryland. Each of the photographs — including six from the famous “Mike trial,” in which the world’s first hydrogen bomb was detonated in the Eniwetok Islands — is labeled simply: the name of the test, the power of the bomb, the site of the test, and the year the test took place. Mike came just seven years after Hiroshima and vaporized the island of Eugelab, leaving behind a crater in the ocean floor a mile in diameter and 160 feet deep. The resulting conformations as seen in these photos are understandably brilliant and compelling, bringing to mind hot-air balloons, jellyfish, cotton balls, tornadoes, an artist’s rendering of a fiery hell and, of course, mushrooms. But the images highlighting government observers of the trials are the most affecting. In “054 Erie,” enlisted personnel turn their backs on the eruption with hands over eyes as if caught in a game of hide-and-seek, and in “064 Dog,” military VIPs wearing safety goggles survey the detonation from the comfort of beach chairs on an officers’ club patio, the immediate conflagration brightening not only their faces but the whole world around them. — Rob Trucks

If you’ve been feeling the need to venture beyond the “New Fiction” table at your local bookstore, consider this award-winning novel by a Bay Area writer and dramaturge, first published in 1985 but just reissued in paperback. On the surface, Face is the story of 36-year-old Rio de Janeiro resident Helio Cara who, running downtown to receive a telegram one day, takes a nasty fall on some rocks and ends up severely disfiguring his face. (“Too bad you couldn’t land on your ass like anyone else!” an acquaintance later remarks.) Cara, very poor and unable to readily receive any medical attention for such a “cosmetic” problem, is then forced to try to carry on living in society either showing the world his damaged face or hiding it with a white handkerchief or a rubber mask. None of these routes proves particularly successful, and he is increasingly shunned by everyone from total strangers to his former employer to his own girlfriend. Eventually, a couple of solutions to his predicament present themselves, and the one Cara ends up choosing is surprising. Of course, a novel like this is not lacking in opportunities for deeper interpretations, with the broadest issue at hand being that of identity: both in terms of its disturbingly mutable nature and its relation to external appearance. Additionally, Pineda’s descriptive powers — employed liberally to illustrate such things as light, times of day, and the weather — are nothing short of amazing; her language is mesmerizingly rich without ever going overboard. Beautiful, humorous, and engaging, Face is the complete package. — Kim Hedges

The Meaning of Everything
By Simon Winchester
Oxford University Press, $25

About eight hundred years after recognizable English was first spoken, a group of wealthy British nobles thought it would be nice to sum it all up in one immense tome. Thus the Oxford English Dictionary was born. In his new book, The Professor and the Madman author Winchester relates the seventy years of bickering, disease, death, steadfast resolve and, yes, madness that went into the creation of the world’s greatest dictionary. Winchester starts by detailing the conquests and communities that made English such a complex language, and briefly examines earlier efforts to corral this tongue into a single dictionary. En route to defining over 400,000 words (the previous record was 70,000), the OED‘s deluged editors massaged into meaning millions upon millions of quotations from literature and newspapers. Provided by eager volunteers, the quotations came streaming in from all corners of the globe, so that in some cases hundreds of quotes went into the etymology and definition of a single word: The listing for the deceptively simple-sounding “set,” for instance, took months to complete. Although this saga lacks high drama, Winchester is apt at ferreting out telling details and distilling them into a compelling narrative. Fittingly, no sooner was the OED first unveiled in all its monumental glory than the editors began promising supplements and a second edition to catch up with the language that had already left it far behind.— Scott Esposito

Who Sleeps with Katz
By Todd McEwen
Granta, $18.95

NBC radio announcer and dedicated smoker Theo MacKenzie — MacK for short — has just gotten the diagnosis he always half-expected: incurable lung cancer. Now it is too late for love, too late to learn about jazz or baseball, “too late to understand New York, except to walk through it several times more.” And that is what he does. McEwen’s brilliant fourth novel follows MacK on his valedictory journey from West Side to East, all the way down to Greenwich Village where, over martinis, MacK will break the news to his dearest friend. In between, there will be time to visit familiar haunts, drop in on old girlfriends, and bid farewell to the “intricate pleasures” of city life — among them jazz, tobacconists, fish restaurants, and martini bars. Forget your organized religions. Central Park, the IRT, the umbrella salesman — those are Manhattan’s proper gods, as MacK and McEwen have it. They are, as McEwen writes, “THE GODS THAT DELIVER.” But now MacK has to say goodbye to all that. His raucous inner monologue is the novel’s main narrative voice, which McEwen renders on the page à la Joyce, using capitals, italics, bold type, and bushels of dashes for interrupted thoughts. Spurred by the author’s unflagging energy and rambunctious wit, the first hundred pages race forward with an exhilarating speed that the remaining chapters, unfortunately, do not quite match. Nevertheless, Who Sleeps with Katz is an outstanding work: a verbally brilliant, wickedly funny, and acutely observant tribute to the pleasures of civilized life.— Chris Ulbrich

Nontrivial facts about Adam Thirlwell: He is British. He is 25. He has won a rare Oxford fellowship, for which T.S. Eliot was turned down, that grants him seven years to do whatever he wants. What he wants to do is fiction, and his first novel shows a fellowship-worthy aptitude. It’s not really about politics — at least not conventionally — but tells, explicitly, the story of three young Brits who become a ménage à trois. Or, as the author calls it, “the socialist utopia of sex.” He is not naive as to the perils of socialist utopias, and, in fact, the basic morality of selfishness is his theme. Given all of that, Thirlwell, as a writer, had damn well better be charming. He is. “You don’t know what your stomach looks like because of your skin. You don’t know what your feelings look like because of vanity and other causes of illusion. To get over the problem of skin, we have anatomy textbooks. To get over the problem of vanity and other causes of illusion, we have novels.” True enough. Jauntily Thirlwell digresses — referencing political and cultural history, not to display erudition, but to make use of it — to morally support his characters. For an aspiring stylist, he is humane and generous. One downside to literary precocity is the clutter of comparison; Thirlwell has Martin Amis, Woody Allen, Milan Kundera, whom he openly honors in this book, and Kurt Vonnegut to live up to. Clearly he has the energy for it. And the time: seven years, for starters.— Jonathan Kiefer

With descriptions such as “A short express train hurtled through the forest like a startled animal breaking out of its cover, scattering a layer of crumpled metallic shavings over the countryside,” this slender but beautifully written work takes us into a phantasmagoric world otherwise known as the war-torn French countryside, circa 1917. Responding to an invitation, the novel’s narrator arrives at the villa of aviator and avant-garde composer Jacques Nueil only to find his friend missing. He is greeted instead by a mysterious woman who will direct the evening’s events with quiet certainty. She instructs him to wait in the parlor where he reads a “carefully crafted press release” on the war’s progress. A roaring storm and distant bombs belie a tenuous sense of security. As time passes, the house becomes a metaphor for the subconscious, a place of simultaneous refuge and anxiety. The woman moves from room to room like an apparition, seemingly unconcerned with Nueil’s whereabouts — and as the narrator is struck with an odd feeling that he has taken the missing host’s place, anticipation grips him. Now ninety years old, Gracq can safely be called one of France’s least-understood postwar writers. A close friend of the Surrealists, he was often mistaken for one himself, but his neo-gothic style has more in common with the work of Poe. First published in 1970 and newly rereleased, King Cophetua, with its theme of anxiety created by a distant, media-driven war, proves an apt metaphor for our time.— Thibault Worth

Salam Pax: The Clandestine Diary of an Ordinary Iraqi
By Salam Pax
Grove, $13

Perhaps the best window on what Iraqis were thinking and facing on the ground during the US invasion of their country could be found in the many Internet postings of the pseudonymous Baghdad blogger who calls himself “Salam Pax.” Readers who logged onto his site learned more about what civilian life was like while the conflict was being waged and what transpired in its aftermath than international TV, radio or the press could be expected to reveal. Take Salam’s report of wide oil-filled trenches being set aflame by Baghdad police, emitting giant columns of smoke to conceal potential targets from American B-52 bombers (Al-Jazeera erroneously blamed the polluted skies on the US bombs); the final exchange of five hundred Iran-Iraq War prisoners — a gesture that reunited fathers, brothers, and sons long thought dead with their families; and Baghdadis chasing creepy Syrian fedayeen from their neighborhoods with stones or guns after the latter had attracted the retaliatory mayhem and destruction of an American mortar barrage to the districts with mortar rounds and stray rifle fire. These unique stories were often available only via Salam’s Web diary. After coalition troops overtook much of the country, Salam realized that he and his fellow Iraqis were slowly regaining the right to speak their minds. Last May, he mused: “Suddenly everyone has an opinion. Everyone thinks he/she should be involved [in rebuilding Iraq].” Despite the violent winds still buffeting that country, maybe Salam’s voice will inspire yet more to find theirs. — Gerald Wathen