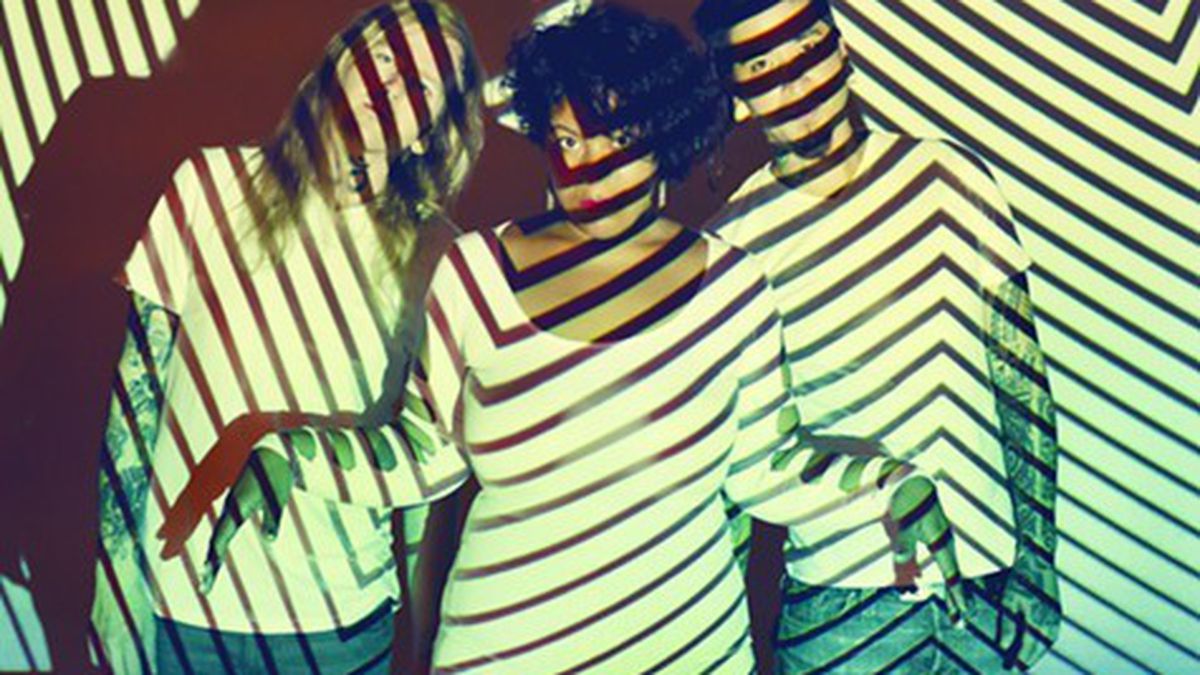 The Express is pleased to premiere the debut EP of Oakland’s Mortar & Pestle on Post Primal Records. It’s something of an emotional roller-coaster — or, at least, like being inside an emotional pinball machine. “U.V.,” the first single, does actually start with the sounds of a pinball machine, but it isn’t all fun and arcade games. The tone of the somber-but-bouncy second single, “Pristine Dream,” sets the mood for the album a little more accurately. Sonically languorous, lyrically disconsolate, and all-around intense, this debut’s register matches the band’s origin story: Vocalist Janaysa Lambert met keyboardist Paul Shinichi through a mutual friend and were quickly joined by drummer Sean Paul Duke. Woefully, the friend who brought them together passed away, but not before she christened the new group as Mortar & Pestle. The band kept the name and honored her life through music.