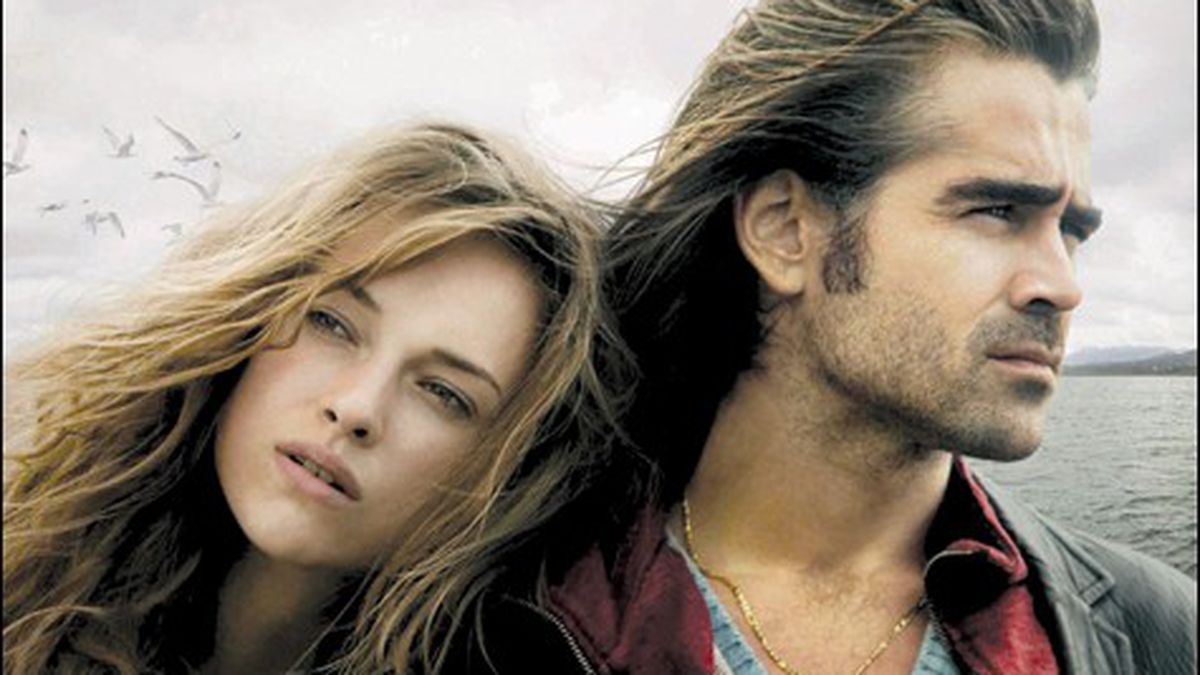 An Irish mermaid and a Hasidic drug mule: It's a small world after all.

Is Ondine a guilty pleasure? Every time we sit through another gentle, whimsical Irish drama with darlin’ folks gathered around peat bogs or twinkling their eyes at one another in picturesque village pubs while uttering quaint aphorisms in brogue, we swear we’ll never do that again. But we always relent. Because here comes another one down the lane, cuter than the last.

Neil Jordan‘s Ondine is as cute as they come, at least in broad outline. A fisherman named Syracuse (Colin Farrell) is in his boat, trawling the waters near his sleepy hometown — it was filmed in and around the Beara Peninsula in County Cork on Ireland‘s southern coast — when he discovers in his net a beautiful mermaid, or in this case more of a “selkie,” a mythical young female creature from the North Sea. So it would seem.

After Syracuse revives the selkie, gives her a dry change of clothes, and offers her a place to stay, he learns that her name is Ondine. Beyond that, the mysterious visitor (played by Polish actor Alicja Bachleda, Farrell’s real-life squeeze) doesn’t offer much about herself. In fact, Ondine’s main occupation appears to be posing for the camera, on the bed, on a barge, etc., and accepting the beguiled Syracuse’s hospitality. She’s a puzzler, this one, boyo.

Handsome, circumspect, taciturn Syracuse is nicknamed “Circus” by the townspeople for his former habit of drunken clownishness. But those days are safely past and now he’s the devoted single father of an adorable young daughter named Annie (Alison Barry), who gets around in a wheelchair owing to her ailing kidneys, for which she receives dialysis.

Annie is the sort of Irish kid who could melt the heart of a stone statue — talkative, bright as a new penny, inquisitive, even impish, yet vulnerable, and she clearly loves hanging out with her “Da.” The rest of the time she lives with her mother Maura (Dervla Kirwin) and mom’s Scots boyfriend Alex (Tony Curran), a fine pair of barflies. It’s more fun being with Da and spying on him and his new girlfriend. Annie takes to Ondine like an urchin takes to a mermaid. Suddenly we’re deep in fairytalesville.

Writer-director Jordan is a master of such chimerical narratives. In fact, it could be argued that the majority of the films in his large body of work are either flat-out fantasies or anti-realistic parables: The Brave One, Breakfast on Pluto, The Butcher Boy, Interview with the Vampire, The Company of Wolves, and so on. Jordan champions the dreamers, those who have the courage or the foolhardiness to live outside the tent, the beautiful losers, the tossers, the vampires, the tramps. His characters’ favorite time of day is midnight. For what is essentially a children’s fable, Ondine sets its most gorgeous scenes at night or at change of day, when the faint light glints off the cold water. Ireland, that strange Northern place with a Southern soul, has never looked lovelier, nor more dank.

Of course, in a Jordan film there’s always a priest lurking about somewhere (the filmmaker has referred to his homeland as “church-ridden”). This one, played by Jordan regular Stephen Rae, leaves off fiddling with the altar boys but can’t resist meddling in Circus’ life during the latter’s rare visits to the confessional box.

Reformed boozer Circus is easy to like, one of those strong, silent types Farrell specializes in — he doesn’t need the gift of gab that little Annie displays so brilliantly. Ms. Bachleda’s Ondine the selkie deserves some sort of prize for repeatedly diving into the chilly drink in her skivvies. You can plainly see her and young Ms. Barry shivering in one scene. Everyone lives happily ever after. So sue me.

Don’t go looking for subtext in Holy Rollers, because there isn’t any. You could jot down the scenario on a cocktail napkin and still have room left for a couple of obscene rabbi jokes: Yeshiva Boy Turns Dope Smuggler. That is, someone figures out that Orthodox Jews in full regalia are less likely to face US customs inspections than, say, robed Pakistani men carrying the latest issue of Guns & Ammo. Okay, but what’s with the goofy title?

We take you back to that innocent year, 1998. Twentysomething Hasidic Jew Shmuel Gold (Jesse Eisenberg from The Squid and the Whale and Adventureland) lives with his parents in Brooklyn and tends the family business alongside his luftmensch father in the shmata trade in the Lower East Side of Manhattan, selling fabric to housewives. Sammy, always dressed in the typical Hasidic uniform, is obedient, submissive, and incurious to a fault. His folks are barely getting by, but it’s mandatory that he devote most of his time to religious studies. His marriage has already been arranged and he has little to say about it. He’s pretty much a Kuni Leml (a gullible country bumpkin) in one of the world’s most sophisticated cities.

Then one day Sammy meets Yosef (Justin Bartha), his friend’s brother, who talks him into an escalating series of tasks that eventually take them both to Amsterdam. Sammy can pocket a fistful of cash for taking some “medicine” back to New York. Why not? Yosef is a fellow Hasid, completely trustworthy. And if Yossi says his Israeli friend Jackie (Danny A. Abeckaser) is also okay, he must be, too. A few easy transatlantic trips later, Sammy is wearing new white trainers, helping himself to the merchandise (ecstasy), and partying in Paris and A’dam with Rachel (Ari Graynor), Jackie’s sexy companion. He’s also farting off his studies and Hasidim community members are giving him the fisheye on the street. Oy!

Poor Sammy doesn’t take much of a detour on his express train to hell, and that’s a pity. It would have been instructive if director Kevin Asch and his crew had taken us to Tel Aviv and let us see the ecstasy manufacturing operation up close. Evidently no budget for that. Eisenberg has a wonderfully innocent demeanor, all the better to be dragged in the mud, and Abeckaser is terrific as slimy Jackie the gantseh macher. But Asch handles the pulpy material with tongs, like he’s ashamed of it. It’s as if Sammy’s brief fall from grace were the real story, and not the far more fascinating game of international smuggling, in which strategies and profiles shift shapes in the breeze.