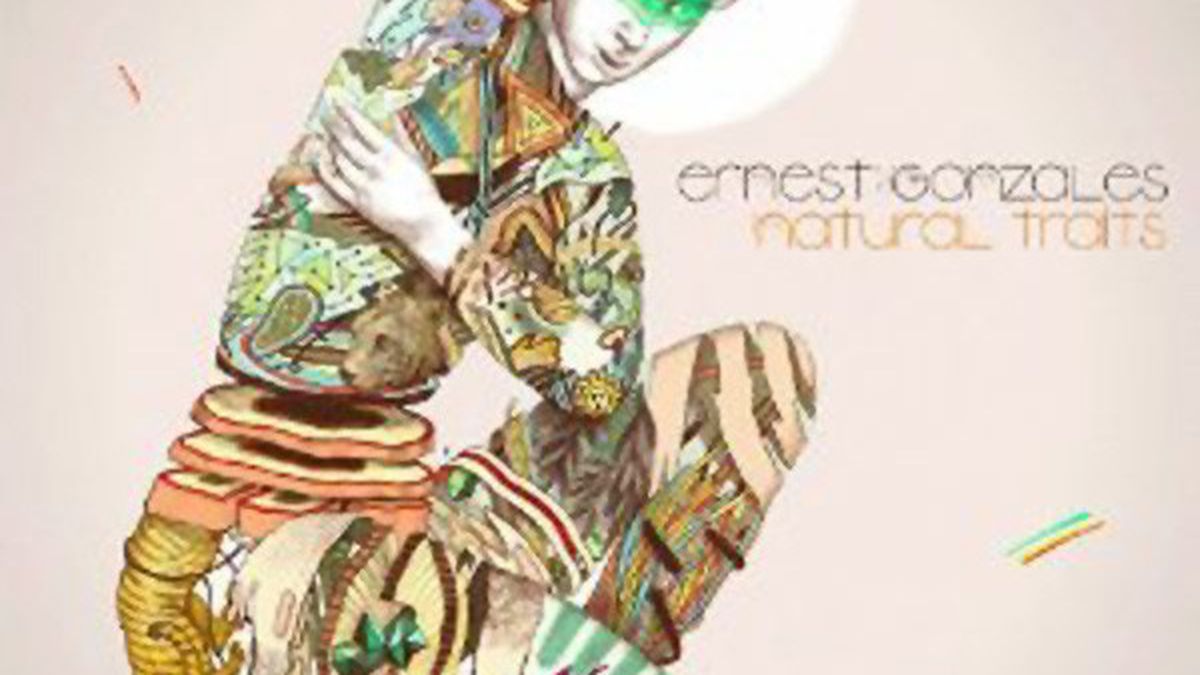 Ernest Gonzales is attracted to the in-between. He describes himself with compound words: as a latchkey kid, by time spent occupying himself in a self-determined intermediate playtime. His previous album, Been Meaning To Tell You, took its inspiration from a stretch of time spent away from his wife — another instance in which he found himself in limbo.

He makes good use of the hyphen, not only to describe his ethnicity but also when referencing his music. And on his new release, Natural Traits (out January 17), Gonzales’ sound definitely warrants hybrid descriptors. His palette of noises is less patently electronic — here he favors smoother tones and adornments that, though percussive and glitchy, seem rooted in organic recordings as opposed to computer-generated sound waves.

He still relies on techno and trance tropes, too. Four-on-the-floor kick drums pound away at intervals, saw-toothed synths buzz in the background consistently. But the effect is not the in-your-face assault of a house beat; it’s more like the sweeping coastal electronica of masterful San Francisco producer Tycho.

Track 2 is always a good indicator of an album’s worth, and on Natural Traits it holds the work’s best moments. “Sentimental Sea” is a composition that’s structurally gorgeous, dredging up the knotty alienation of early British dubstep with its heavy low end and haunting electronic whimpers.

Gonzales could afford to load his beats with even more cargo. As it is, he has a knack for compositional structure, and the textures that he is getting are becoming more and more interesting. He’s an artist whose work should be closely followed and coveted. (Friends of Friends)

New Book Project to Preach Foraging for the Everyday